Leaflet produced as an intervention into the 1988-1989 strike by P&O ferry workers against attacks on their working conditions.

Seafarers fight on
Since 4th February, over 1000 Dover seafarers have been striking against P&O ferries. The strike started in response to P&O’s plans to reduce manning levels and attack wages and working conditions, supposedly to make P&O more competetive in time for the Channel Tunnel. (It is always disgusting when the rich bosses of companies worth millions or billions sack workers to "save money". However P&O, which made £280 million profit last year intends to save £8 million in order to compete with Eurotunnel, which is being built by Bovis, a P&O subsiduary. Their cynicism is repulsive for this alone.)

The measures P&O are trying to impose are these:
* A wage cut of £25 to £45 per week
* Crewing levels to be reduced by an average of 15 per ferry
* Crew members to spend a minimum of 72 hours on board, working three 24 hour shifts (with rest periods of 6 hours aboard ship, during which workers can be recalled at anytime).
* Crews retained for up to 4 weeks if relief crews fail to report.

When you consider that Townsend Thoreson, including the sister ships of the Herald of Free Enterprise are now operated under the name P&O European Ferries, the deterioration of safety standards caused by the above measures is even more apalling.

The fightback
At the time of writing the main methods of struggle are picketing P&O at Dover, and collecting money for the communal kitchens for the strikers. Both of these actions are important and without them there would not now be any dispute to speak of. However, these actions are far from adequate to win the struggle. The only way to victory is to spread the strike to other workers. Three times since February there has been national strike action on the ferries. If these strikes had continued they would have hit P&O harder than any blockade, boycott or blacking ever could. And more importantly they would have united all ferryworkers, who are all facing the same attacks. Each strike however was called off by the National Union of Seamen. The reason given by unionleaders for calling off the strikes was in order to prevent sequestration of funds and so leave the union powerful enough to fight on. It would be amusing that the NUS were calling off strikes in order to fight effectively if not for the damage that the union’s action has done to the seafarers’ struggle. Sequestration is a red herring; it is continuing the strike that is important.

Out of the 3 instances where the NUS has called off national strikes, the first was the most damaging. This strike (in support of the Isle of Mon ferryworkers) was called off on 11th February, the day before the unofficial walkout at the Ford Dagenham plant. It was at this time that the potential for spreading and unifying the strike was at its highest. This is because during February there were strikes not only by seafarers and Ford workers, but also by NHS staff, workers at Landrover and Vauxhall, and miners. In addition to these and other workers who struck in February, there were others facing similar attacks from the bosses and still others (e.g. Transport and Postal Workers) who actively supported the NHS dispute. With all these struggles raging at the some time it would have been perfectly possible to unite all the strikes around common demands (no redundancies, no changes in working practices, increased NHS funding, wage increases). But no union even attempted such a unification, and many (not least the NUS) took important measures to block such a development.

The way for workers to win struggles at present then, is for strikers to go en masse to other workers who are under attack and call for united strike action. Where other workers are already striking, join their picket lines and demonstrations and argue for effective action and for a unification of the demands and of the strikes. Spending time trying to get the union to organise effective action will be a waste of time and won’t work - instead of wasting energy on that, workers should use it to unify and extend struggles themselves. These are the actions, broadly speaking, which the seafarers, and all strikers, must undertake to ensure victory. 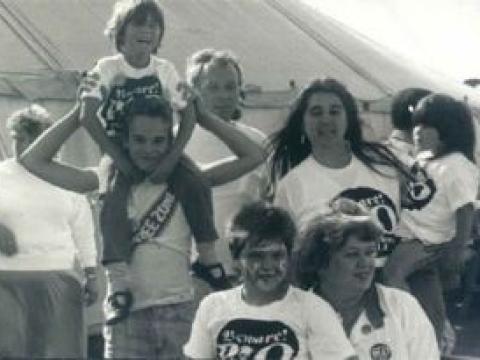 The history of P&O shipping workers who struck against wage and job cuts for 16 months. The company tried to break the strike, the government… 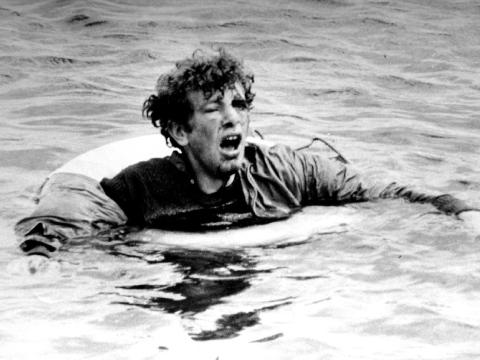 A personal account of a striker's experiences; describing working conditions on ship, strikers' solidarity, the smear techniques of the press and…