Please click here for the report on living and working conditions of construction workers on the Common Wealth Sites in Delhi. Below you can find a short note on a current strike of CWG construction workers. For more information check out following links:
NSI
Radicalnotes

Building workers on dharna
New Delhi, August 12
For the second time in the month, construction workers employed at the Miranda House Commonwealth Games site sat on a dharma outside the college. The workers, students and teachers, under the banner of the Delhi Nirman Mazdoor Sangharsh Samiti, were protesting against the non-payment of wages. The workers were supported by many Delhi University students, members of the Miranda House Staff Association, women’s and youth organizations like Centre for Struggling Women (CSW) and Krantikari Yuva Sangathan (KYS). They were also protesting against several other violations of labour laws. “The workers have not been paid for the entire one month and four days for which they have been working at the college. Furthermore, the rate of payment fixed by the contractor is well below the legal minimum wage rate. Unfortunately, despite the fact that the contractor has defaulted on paying the workers and violated several labour laws, the main employer, i.e. the college principal, Ms Pratibha Jolly has refused to step in and release the workers’ arrears,” said a member of the Mazdoor Sangharsh Samiti. “Since August 4, only a small part of the workers’ dues has been released with no further surety provided by the college administration to look into the other key demands of the workers,” he said.

Interviews with factory workers in Gurgaon, India, about their conditions and whether they meet legal requirements.
Image 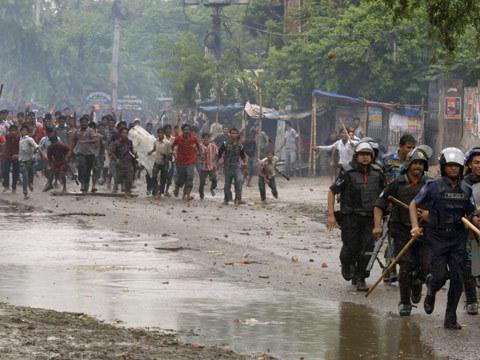 English Language edition of the class struggle newspaper produced in Gurgaon, in Haryana, India. The paper contains workers' enquiry and…

Following article tries to summarise the main tendencies of class relations in Gurgaon and based on that to come to practical conclusions and suggestions for local ‘communist activities’.
Image 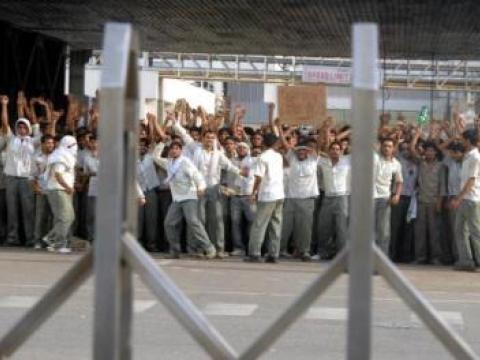