For many small group actions an 'affinity group' is the most effective organisational form. This is a page of information about affinity groups, their structure, uses, history and advice.

Affinity group roles [in a demonstration]
There are many roles that one could possibly fill. These roles include:

Medical - An affinity group may want to have someone who is a trained street medic who can deal with any medical or health issues during the action.
Legal observer - If there are not already legal observers for an action, it may be important to have people not involved in the action taking notes on police conduct and possible violations of activists rights.
Media - If you are doing an action which plans to draw media, a person in the affinity group could be empowered to talk to the media and act as a spokesperson.
Action Elf/Vibes-watcher - This is someone who would help out with the general wellness of the group: water, massages, and encouragement through starting a song or cheer. This is not a role is necessary, but may be particularly helpful in day long actions where people might get tired or irritable as the day wears on.
Traffic - If it is a moving affinity group, it may be necessary to have people who are empowered to stop cars at intersections and in general watch out for the safety of people on the streets from cars and other vehicles.
Arrest-able members - This depends on what kind of direct action you are doing. Some actions may require a certain number of people willing to get arrested, or some parts of an action may need a minimum number of arrest-ables. Either way, it is important to know who is doing the action and plans on getting arrested.
Jail support - Again, this is only if you have an affinity group who has people getting arrested. This person has all the arrestees contact information and will go to the jail, talk to and work with lawyers, keep track of who got arrested etc.

Affinity groups are not just useful within a protest or direct action setting, this form of organisation can be used for a wide variety of purposes as the history of affinity groups below illustrates.

History of affinity groups
The idea of affinity groups comes out of the anarchist and workers movement that was created in the late 19th century and fought fascism in Spain during the Spanish Civil War. The Spanish Anarchist movement provides an exhilarating example of a movement, and the actual possibility of a society based on decentralised organisation, direct democracy and the principles behind them.

Small circles of good friends, called "tertulias" would meet at cafes to discuss ideas and plan actions. In 1888, a period of intense class conflict in Europe and of local insurrection and struggle in Spain, the Anarchist Organisation of the Spanish Region made this traditional form (tertulias) the basis of its organisation.

The idea of large-scale affinity group based organisation was planted in the United States on April 30, 1977 when 2,500 people, organised into affinity groups, occupied the Seabrook, New Hampshire nuclear power plant. The growing anti-nuclear power and disarmament movements adopted this mode, and used it in many successful actions throughout the late 1970s and 1980s. Since then, it has been used by the Central America solidarity movement, lesbian/gay liberation movement, Earth First! and earth liberation movement, and many others.

Most recently, affinity groups have been used in the mass actions in Seattle for the WTO and Washington DC for the IMF and World Bank, as well as Philadelphia and Los Angles around the Republican and Democratic National Conventions.

What is a 'cluster' and a 'spokescouncil'?
A cluster is a grouping of affinity groups that come together to work on a certain task or part of a larger action. Thus, a cluster might be responsible for blockading an area, organising one day of a multi-day action, or putting together and performing a mass street theater performance. Clusters could be organised around where affinity groups are from (example: Texas cluster), an issue or identity (examples: student cluster or anti-sweatshop cluster), or action interest (examples: street theater or [black bloc]).

If you are forming an affinity group in your city or town, find friends or fellow activists who have similar issue interests, and thus would want to go to similar actions. Also, look for people who would be willing to use similar tactics - if you want to do relatively high risk lockdowns, someone who does not want to be in that situation may not want to be in the affinity group. That person could do media or medic work, but it may not be best if they are completely uncomfortable around certain tactics of direct action.

If you are looking to join an affinity group at a mass action, first find out what affinity groups open to new members and which ones are closed. For many people, affinity groups are based on trusting relationships based around years of friendship and work, thus they might not want people they don't know in their affinity group. Once you find which affinity groups are open, look for ones that have an issue interest or action tactic that you are drawn to.

What can an affinity group do?
Anything! They can be used for mass or smaller scale actions. Affinity groups can be used to drop a banner, blockade a road, provide back-up for other affinity groups, do street theater, block traffic riding bikes, organise a tree sit, [confront the police, strategic property destruction], change the message on a massive billboard, play music in a radical marching band or sing in a revolutionary choir, etc. There can even be affinity groups who take on certain tasks in an action. For instance, there could be a roving affinity group made up of street medics, or an affinity group who brings food and water to people on the streets.

What makes affinity groups so effective for actions is that they can remain creative and independent and plan out their own action without an organisation or person dictating to them what can and can't be done. Thus, there are an endless amount of possibilities for what affinity groups can do. Be creative and remember: direct action gets the goods!

This text was taken and edited from Anarchism in Action by Shawn Ewald
Edited by libcom.org. Last reviewed 2006 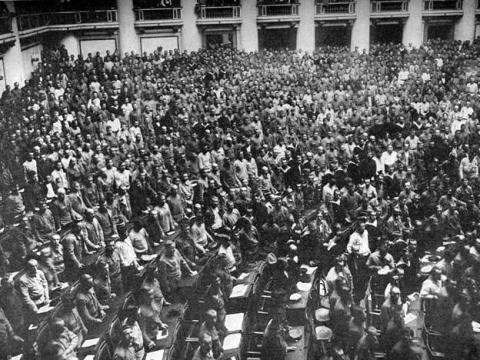 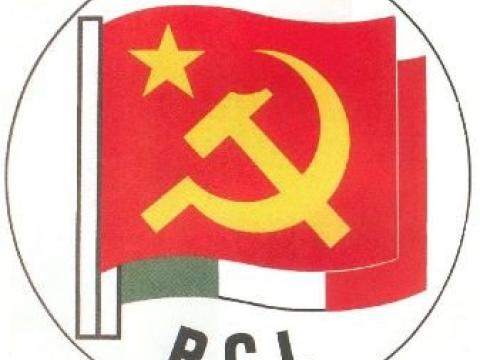 An essay about different methods of organising for political groups, discussing the merits and downfalls of using consensus, chairs, majority…

Defining Practice: the intermediate level of organization and struggle