In and Against the Brexit Regime: Notes From a Week of Migrants` Struggles

In the past two months, a right-wing acceleration of political processes took the name of “Brexit”; in parallel, and almost as a counterpart to this, in the past few weeks a different kind of politics emerged from the workplaces and the real-life of refugees struggles. The geography is these struggles is one defined by resistance to the violence of borders, controls, state-sponsored repression and business-oriented racism. Deliveroo, Byron Burgers, Calais, Ventimiglia, and Heathrow: a line connects those names, a new map of struggles materialising the inequality within and beyond Brexit.

On the 4th of July, undocumented workers in Byron Burgers restaurants across London were called in for a “training day”. The health and safety meeting turned into an immigration raid when, upon arrival, the workers were met by UKBA (immigration officials) for questioning. 35 workers were detained, to be deported. Before this, these workers were working 60 hour weeks for Byron.

As a response to this indiscriminate attack against migrants, The Byron Burgers chain has been facing a wave of protests and condemnation for helping the Home Office organize a series of immigration raids on its London restaurants that led to the arrest of 35 of its workers from Albania, Brazil, Nepal and Egypt last week.

Byron Burgers are content to exploit undocumented workers when it suits them, but as soon as it becomes inconvenient, will subject them to deportation, ruining their lives. And while their company is collaborating with the Home Office to deport people, Corporate Watch has found that the owners of Byron are siphoning millions of pounds offshore.

After demos where called in London, Manchester and Leeds, the Edinburgh based Migrant Solidarity Network, together with other groups, decided to join the protest with two days of action in the Scottish capital.

The Migrants’ Solidarity Network is an Edinburgh based campaign platform organising solidarity actions to support migrant’s rights. It was created one year ago from the initiative of a group of Spanish Women part of the group Oficina Precaria de Edimburgo and other migrants groups active in defending migrant workers’ rights against exploitation and racism. Since then the network has grown. It has become a coalition of groups and individuals meeting every month and providing a space for migrants from many different countries to share their experiences and organise solidarity and support.

On the 5th of August the Tribe of Moles joined Migrant Solidarity Network and several other groups to besiege the North Bridge Edinburgh branch of Byron Burgers. We managed to surround the entrance for an hour and a half distributing leaflets inside and outside the shop following the same strategies that successfully have enabled groups like Solfed Brighton and IWW Leeds/Bradford to win significant victories in the hospitality sector.

A second picket took place at the Byron on Lothian Road at 1 pm on the 13th August. Prevented by management from entering the store, we chanted and leafleted along the shop front for two hours- During the picket the store was nearly empty with lots of customers leaving and few customers going in. We also managed to collect tips and messages of solidarity for the workers inside.

While the protest against Byron Burgers sends a clear message of resistance to all businesses complicit with the UK deportation regime, it can also be seen to signal a new wave of migrant struggles. These are rooted in resistance to the deeply racist post-Brexit political landscape where the effect of the Immigration Act (originally a pre-Brexit concession by David Cameron to the Eurosceptics) can only be more raids, more powers of deportation, more immigration checks.

On the same morning of the 5th of August, Black Lives Matter UK organised road blockades at Heathrow, and in Nottingham and Birmingam to protest against deaths in police custody and the criminalisation of black communities while in Ventimiglia, on the Italian border with France, refugees attempted to break the police block and cross into France on foot, swimming and jumping dangerously through rocks.

Marxist autonomist thinkers Sandro Mezzadra and Brett Neilson suggest that we should think the border in terms of a ‘heterogenization of borders’, as ‘the multiple (legal and cultural, social and economic) components of the concept and institution of the border tend to tear apart from the magnetic line corresponding to the geopolitical line of separation between nation-states’ (p.3)

Looking for the border beyond the border line that separates countries as it traverses the space of the nation-state allows us to grasp the thread that connects the 5th of August protests. The exploitation and deportation of the Byron workers, the criminalisation of black communities in the UK, and the repression of migratory flows on the border between Italy and France are produced by the same liberal border regime that signifies free movement for commodities but not people.

However, if capitalist relations of differential inclusion integrate multiple forms of exploitation, repression and exploitation, they also offer us the possibility to see our struggles as interconnected – to see #NoBorder action against Fortress Europe on the European continent, and protests against exploiters of migrant labour and institutionalised racism in the UK as part of the same struggle.

Migrant workers, refugees, direct action activists and campaigners led by migrants and minority groups are creating new political subjects the edges of the institutional spectrum, far away from parliamentary politics and from mainstream media.

It is in this European context of resistance to right-wing populism and institutionalised racism that the Transnational Social Strike Platform invites workers, activists, unionists and European networks to meet again in Paris from the 21st to the 23rd of October to discuss how the social strike in France can pave the way to a transnational uprising of living labor against precarization. 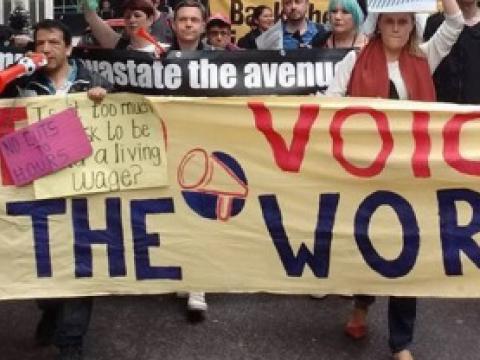 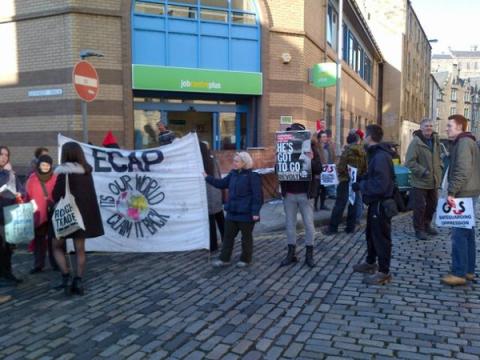 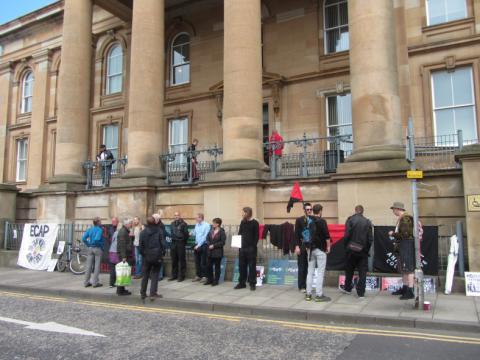