Another police murder in the Netherlands

After the Night at the Park Festival in Zuiderpark in The Hague, the Netherlands, 42 year old Arubian Mitch Henriquez was killed as a result of intense police violence.

After the Night at the Park Festival in Zuiderpark in The Hague, the Netherlands, 42 year old Arubian Mitch Henriquez was killed as a result of intense police violence.The public prosecutor said in its first statement that Mitch Henriquez started to feel unwell in a police van on the way to the police station. However, video recordings and statements of bystanders tell a completely different story.

The public prosecutor claimed in its first statement: 'The man was placed under arrest after claiming that he had a weapon. The man resisted arrest and the police subsequently used force in order to bring him to the police station. On the way to the police station he began to feel sick. The officers performed CPR and the man was brought by ambulance to the hospital in very critical condition.' This statement was embraced by the Dutch media without question.

However, on the Arubian website MasNoticia.com, family members gave a completely different interpretation of what happened. His cousin said: “Henriquez was joking around with a group of friends when a group of officers confronted them. Then they arrested him. His entire face was beaten black and blue.” Eyewitnesses also stated on social media: “I was standing no more than 4 meters away from him but I didn't hear the man say anything about having a gun. He walked away and 4 officers jumped on him.” And: “An officer kept beating him on his head and legs.” Video recordings are also in conflict with the police and public prosecutor's statements. In one video, one can see that 4 officers are sitting on top of him and are trying to gag him while holding him in a headlock, a stranglehold which the police are forbidden from using. In a second video one can see that he is laying lifeless on the ground. Officers try to sit him up but the man is no longer responsive. His head falls forward because he is already unconscious or in a coma. Instead of performing CPR or calling an ambulance, the police throw the man into the van which then rides away. But why?

The fact that the police and prosecution have been so quick to go to the press with statements regarding police brutality is nothing new. This creates the illusion that the police have done nothing wrong. It is the mechanism that is put to work every time the police do something wrong. For years, The Hague police force has been enveloped in scandals with regard to racist police brutality. In many cases where it was obvious that the police used excessive force, these claims were dismissed with, “we are just doing our job”, “we do not agree with the findings”, and “the police are under a lot of pressure”. Again and again, the officers are covered by police leadership and the mayor. When 17 year old Rishi Chandrikasing was shot to death on November 24, 2012 at Holland Spoor Station, this cover-up mechanism was also put to work. Officers claim to have thought that Rishi had a weapon, which apparently was just his mobile phone. The police opened fire on him while he was running away. A claim was also made that 4 armed officers were afraid of a 17 year old boy. Now that the public prosecutor has rescinded its first statement as a result of much criticism, it is clear that they repeatedly try to blur the facts with lies and that nothing changes.

Even though it was clear during the court case that the officer shouldn't have opened fire, he was acquitted and protected by police leadership. But the police didn't just stop there. While Rishi's family and friends were still in mourning, the police began with a character assassination. Rishi apparently had traces of cannabis and alcohol in his blood and was under the supervision of the department of children and family services. These baseless accusations are not a relevant standard to justify taking someone's life, but were used to show Rishi in a bad light as “someone who had it coming.” The same mechanism is being put to work yet again. There was talk of a weapon, next they will say that he had been drinking (and if that is the case, he would not have been the only one at the festival) and had resisted arrest. And it won't surprise me when we in a few weeks will hear a story from an officer who was scared to death.

We can now conclude that excessive force was used to arrest a man who was simply walking away, and that the public prosecutor is lying to the media and to the people. It is clear that Mitch was already unconscious and that the police refused medical care while they drove around with him, only later calling an ambulance. It cannot be said that he simply began to feel sick in the police van, this was murder, or at very least a wrongful death.

The death of Mitch Henriquez makes one think about a combination of two similar cases in America. Eric Garner died after he was kept in a chokehold by an officer who was arresting him. Garner shouted “I can't breathe” 11 times before losing consciousness and dying. Freddie Gray was seriously injured during his arrest. He broke three ribs and injured his spine and neck. Gray was thrown into a police van. He received no medical care and died a week later in his cell. As a result of the deaths of these two African American men, protests broke out across America. If we want to stop police brutality, the lies from the public prosecutor and the cover-up mechanism, then we must take to the streets to protest. The death of Mitch Henriquez was murder, the latest on the police death list. It cannot be ignored. 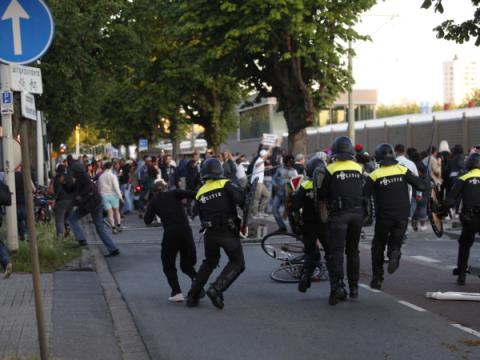 The Hague, Netherlands: the heat is on

The police killing of Mitch Henriquez has led to three nights of protest and anti-police resistance in The Hague, Several hundreds of young…
Image 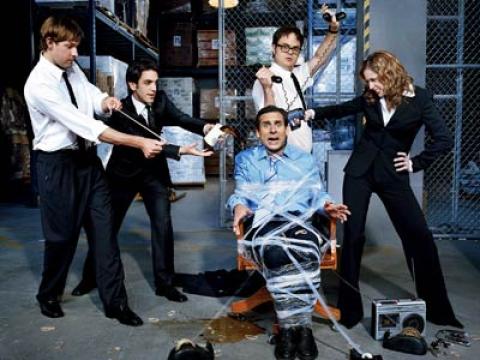 This pamphlet aims to show what small groups and unions can achieve in workplace disputes. These…
Image 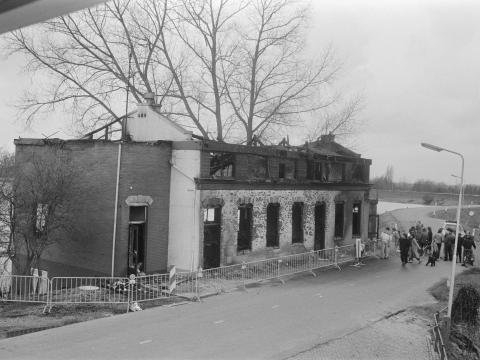 The Politics of Panic: the Kedichem case - Arjen Mulder and Geert Lovink

First successes in struggle against against forced labour in the Netherlands

It has already been over two years since Doorbraak started an experiment in Leiden of using ‘organizing’ elements in the battle against the government cuts. We have reported back a few times, and this time we can report the first actual results!