Angry passengers attacked and destroyed offices, before burning them down in protest at the atrocious state of the privatised service.

The trouble started when a train broke down 600 metres from Constitucion station, south of Buenos Aires. After 20 minutes a group of passengers (these trains are packed solid with no air conditioning and little ventilation) walked to the station to demand answers. When they did not get any they began to destroy the information offices.

The train had blocked one of the major lines into the station and hundreds other frustrated passengers in the station joined in. Ticket offices and the railway police offices were set on fire and destroyed. Riot police then used tear gas and rubber bullets on the crowd. 12 police officers and 9 workers were injured in the clashes and 16 arrests were made. Two of the arrests were of minors. All the arrested have been released on bail and charged with criminal damage and resisting the authorities.

There have been a series of confrontations on the Argentinian railways with workers blaming privatisation for the atrocious service. With trains frequently breaking down, fewer carriages on trains, and services subject to frequent cancellations. There has also been a rise in the number of accidents with 410 deaths and over 1000 injuries reported last year.

The Rail companies claim that the massive government subsidies that they receive (US$660,000 per day) are used to keep fares down. The President, Nestor Kirchner, defended the subsidies in the face of criticism, claiming that it was due to Argentina's economic recovery that the trains were so full and that the subsidies were required to ensure that the trains were affordable for ordinary workers. Since privatisation some two thirds of Argentina's rail network has been closed due to unprofitability, in the process destroying many rural towns. The obvious under-investment by the companies and their refusal to listen to passenger protests has lead to these outbursts of violence and also to a growing movement calling for the railways to be taken out of private hands, with many existing passenger groups joining the umbrella group Recuperemos al Tren (recuperate the trains)

Some previous incidents of passenger action:

Constitucion, December 2001: nine wagons were burnt by angry passengers. Windows and doors in the station and offices destroyed.

Haedo, November 2005: 113 arrests after a riot in the station and two police cars were set alight. Unusually shops were also looted and destroyed.

April 2006: commuters stoned a broken down train, injuring a mechanic. P-P-Privatising the underground, and 'opposition' 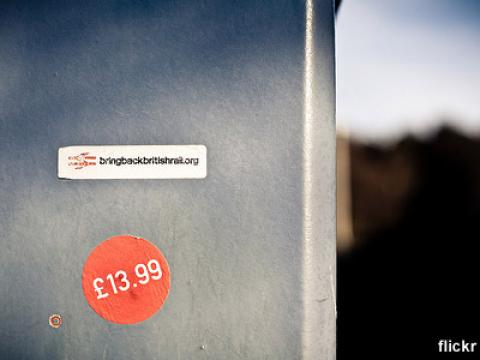 Rail fares increase every year but this time a coalition of leftists, trade unionists and passenger groups took the opportunity to launch a… 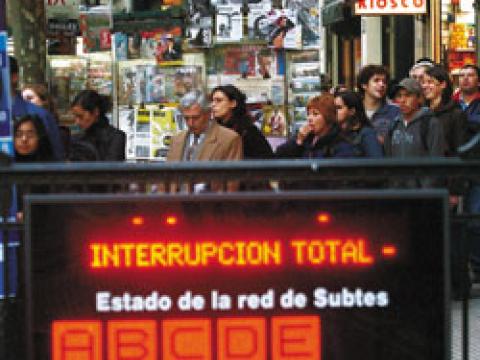 Metro Workers in Buenos Aires launched a 24-hour wildcat strike in protest at an agreement between management and their union.