The second article in the Fargate Speaker's series on Sheffield's radical history.

The last Fargate Speaker featured a look at some of the neglected corners of Sheffield's history, like Samuel Holberry's attempted insurrection, and the proud tradition of the first Sheffield Anarchist group. This article aims to cover a bit more ground, and help keep alive the memory of a few more stories from Sheffield's unruly past.

One of the first major disturbances in modern Sheffield history came in 1791, when the enclosure of 6,000 acres of common land with no compensation prompted an angry reaction, leading to Broom Hall, the home of local vicar and magistrate James Wilkinson, being set on fire. The riots, accompanied by chants such as "no king, no taxes", lasted three days, and the situation was only calmed down when dragoons arrived from Nottingham, and troops were stationed in the city for a few years afterwards, not to protect the city from invasion but simply to keep the population under control.

The famous revolutionary agitator Thomas Paine, who was influential in both the American and French revolutions, lived in Rotherham for a while, and his radically democratic ideas certainly proved popular in South Yorkshire, as the Sheffield Constitutional Society formed in 1791, one of the very first societies to be formed promoting working-class involvement with politics in the UK, and inspired similar groups in London, Leeds and Birmingham, attracting 2,000 members by 1792. The Sheffield Register was one early local paper promoting radical ideas, and quickly attracted the hostility of the authorities, especially after its editor, Joseph Gales, published the first cheap copy of Paine's classic pamphlet, The Rights of Man. The paper closed down in 1794 after Gales had to flee to Germany and then America to escape repression after publicly criticising the government. It was then relaunched as the Sheffield Iris by James Montgomery, but the change of name didn't bring a change of luck: Montgomery was sent down to prison for three months for publishing a poem celebrating the fall of the Bastille in France, and was released, only to be given another six months when he then criticised troops who shot two people dead at a protest in Norfolk Street. Writing for the local rabble-rousing press seems to have been a distinctly unlucky business: Karl Marx wrote a few articles for the Sheffield Free Press in the 1850s, but never got paid the money he was promised for it.

The next few decades saw the growth of the Chartist movement in Sheffield, and Paradise Square became a popular place for mass meetings. The French revolution of 1848 was greeted by a large assembly in Paradise Square, who composed A Communistic Address to the French People, which was then delivered to France by Isaac Ironside, another prominent Sheffield radical.

While most of the names mentioned here are male, agitation and disorder in Sheffield was never just boys' fun. The Sheffield Female Political Association, founded in 1851 by female Chartists, was the first women's suffrage group in the UK. Its founders included the magnificent Anne Knight, who'd been an active anti-slavery campaigner (so much so that the village of Knightsville in Jamaica was named after her), then moved to France to take part in the 1848 insurrection there, and still had the energy to fight for women's rights when she returned to Sheffield. By the start of the 20th century, campaigning for women's suffrage had really taken off in the city, so when the prominent Liberal politician Reginald McKenna spoke at Cutlers' Hall in 1908, he needed a police cordon to protect the event from disruption. More extreme tactics were used by the suffragist and socialist Molly Morris, who bombed post boxes to draw attention to the cause. She later went on to marry J.T. Murphy, a militant trade unionist who'd been involved with the Sheffield Workers' Committee in World War One and the national Shop Stewards' Movement.

While it took various different forms over the years (such as a major rent strike in the 1960s), militancy in Sheffield never really died out, so that by the 80s gained the nickname of "the Socialist Republic of South Yorkshire", famous for cheap buses (how times have changed!) and the red flag flying over Sheffield Town Hall. Of course, South Yorkshire was central to the great miners' strike, meaning that Thatcher had to be protected by 1,000 cops when she spoke in Sheffield. Meanwhile, the Sheffield Anarchists were reviving a tradition of more grassroots activity, getting involved in supporting strikes and confronting fascists directly. Sheffield was also solid against the poll tax.

This tradition of dissent has been carried on to the present day, with the big protests in 2005 against the G8 Justice Ministers meeting in Sheffield, and more recently the activities of Sheffield Activist Network and the university occupations over Gaza helping to keep the flames of dissent alive. We just hope that we can play a small role in honouring the spirit of Sheffield rebels like Samuel Holberry, James Montgomery and Molly Morris. 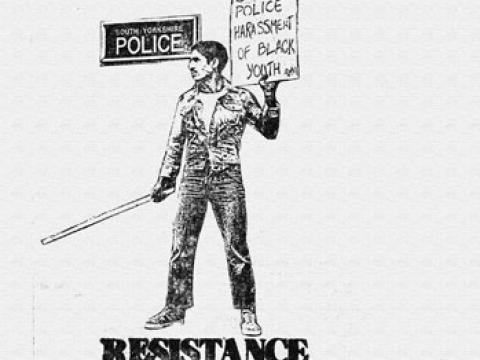 "When they come to attack our people, we will stand our ground and fight!"

The third article in the Fargate Speaker's series on Sheffield radical history. 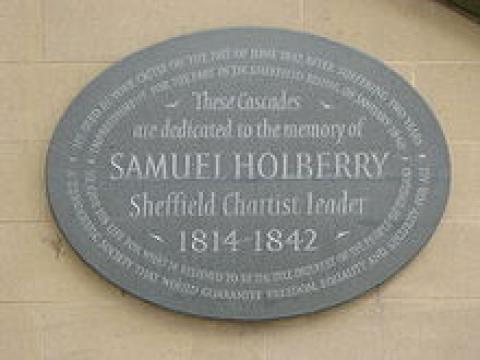 The first in a series of articles exploring Sheffield's radical history. From the Fargate Speaker, the paper of Sheffield Anarchist Federation. 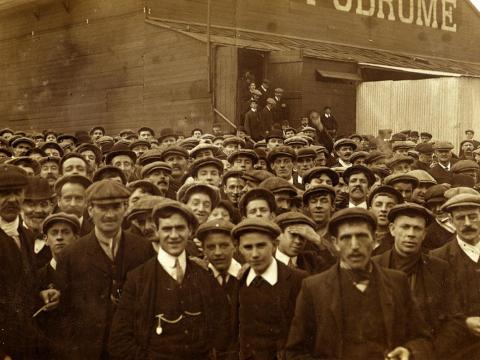