Calling for South London anti-fascist response to EDL in Woolwich

With the far-right announcing protests in Woolwich, South London Anti-Fascists call for 'community defence groups' to respond to the fascist threat.

South London Anti-Fascists Group was formed in 2008 in the response to the British National Party getting elected to the Greater London Authority. We are refugees, migrants, trade unionists and anti-fascists from various traditions.

We are calling all South London based anti-fascists to help form community defence groups to stop the English Defence League (EDL) and further racist attacks in our area. Contact us via email: [email protected] to help co-ordinate defence and a response. We cannot rely on the police to prevent violent attacks on Islamic places of worship, visible migrants and South Asian people.

Yesterday we witnessed a gruesome attack in Woolwich, carried out men of African origin purporting to be Muslims. The used this incident to re-ignite their flaccid and shrinking racist movement. About 100 EDL members, many protecting their identity using EDL branded balaclavas, drank, chanted and terrorised local people in Woolwich area. We know that they assembled at The Queen’s Arms pub on Burrage Grove, last night, steps can be taken to prevent this from happening again. 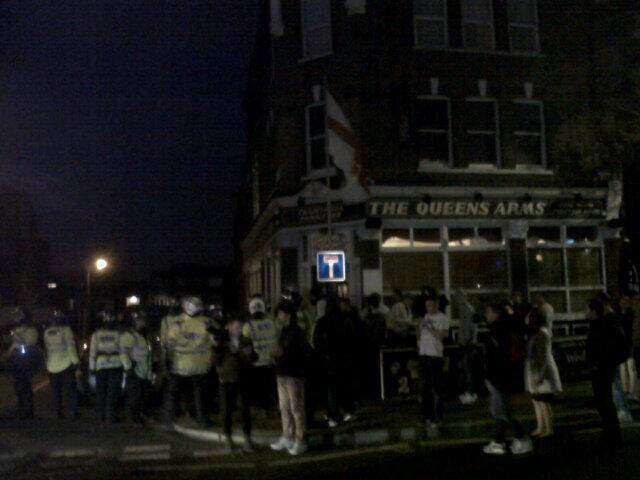 This report and video by the Guardian shows EDL leader, Stephen Yaxley-Lennon, declaring that “Islam is not a religion of peace… enough is enough..” 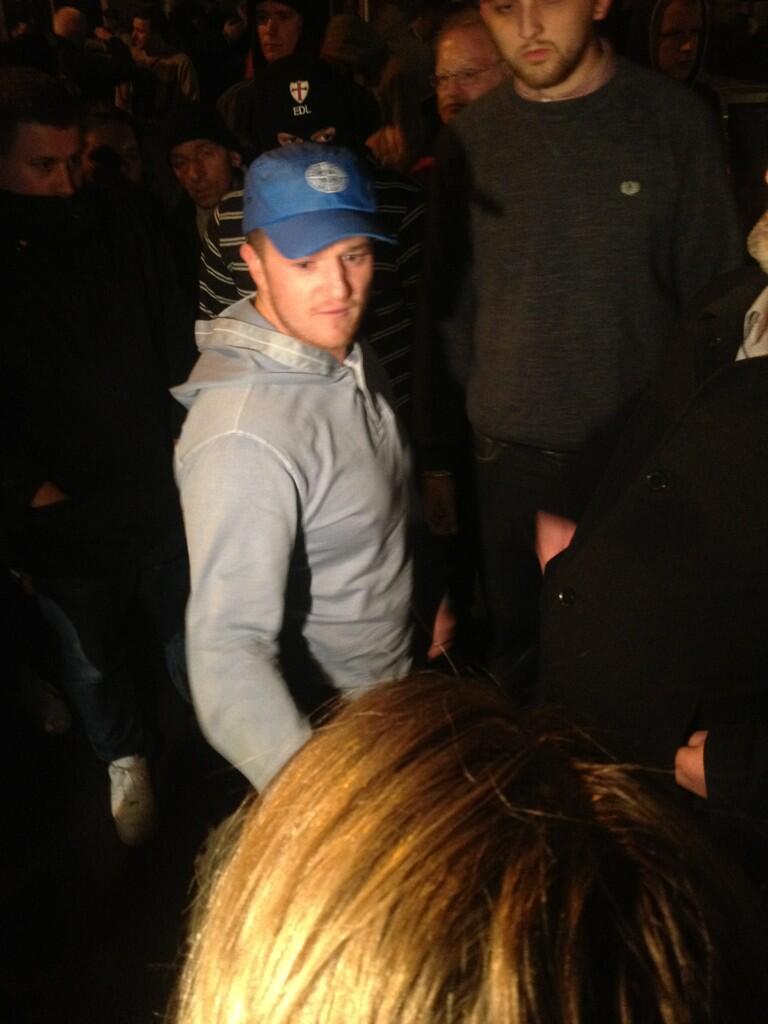 The EDL attempted to attack the Greenwich Islamic Centre, and were located mostly near Woolwich Arsenal and the DLR station. This racist attack was mirrored in Braintree, Essex, by the report of a man walking into the local mosque with a knife, he was arrested on suspicion of having an offensive weapon and attempted arson. Sikander Saleemy, the local secretary told Channel 4 News:

“The police said it’s too early to try and link it to what happened in Woolwich, but those of us who were here feel that it was some sort of revenge attack. It was clear from the man’s behaviour.

“We absolutely condemn what happened in Woolwich, but it had nothing to do with us. It was an appalling act of terror – but it wasn’t Islamic in any way. I wish it wasn’t described like that, because sadly people will now start to blame Muslims.”

In Kent, a window and bookcases were smashed and a man was arrested on suspicion of racially-aggravated criminal damage. We can’t assume this has stopped and we must be prepared.

Originally posted on the mulitcultural politic

I think it is utterly wrong to use violence even against the EDL at this specific time. The community of Woolwich had almost enough and I am sure they will not accept any more vigilantism.

Obviously I do neither trust the police. However, at this stage, to reclaim the streets using counter-violence is strategically wrong. First of all, Muslim groups have called for peace. They will show zero support for any such action as they have to reclaim their (damaged) reputation of being peaceful. They, clearly, don't want the press to turn against them as this will make them suffer even more and force them to further segregation.

At this moment, fighting fascism with violent means means self-exposure. Yesterday many started to realize what the EDL is about. Let the public know about them.

Apart from that, why anti-fascist groups have to defend mosques? Are we bodyguards or something like that or a group of people willing to achieve a social transformation? We want to fight fascism, racism etc. Fine! So, let's unite the communities that have already been divided by both racists and religious fanatics. And don't forget that the EDL is just a fringe group. We have to defeat UKIP as well, and this will be achieved solely if we unite the people and organize counter-information campaigns.

Let's bring the people into contact instead of using the same medicine that caused the problem: vigilantism. Enough is enough. Let's get focused on the reality and stop playing the street-battle game, which is not helpful at all.

We are calling all South London based anti-fascists to help form community defence groups to stop the English Defence League (EDL) and further racist attacks in our area.