Climate change is not the only threat to humanity. A stagnant capitalist economy that survives on an increasing mountain of debt is intensifying imperialist rivalries. The slow death agony of the system is now manifest in so many ways. The post World War Two order that was imposed by the US in 1945 has been breaking down since the dollar ceased to be the world’s gold standard in 1971. Today the increasing rivalry between China and the US stretches from South America via the Middle East to the South China Sea.

The US is determined at all costs to maintain dollar hegemony, the source of its continued dominance of the planet. It was for this reason that they engineered the overthrow of Saddam Hussein and Gaddafi. It is for this reason that the US is undermining the very institutions and rules that it set up over 70 years ago. The trade and currency wars that the US has massively intensified since Trump took office are not only not “winnable” but are stoking international tensions. And trade wars have historically always been followed by shooting wars.

How should workers react to growing military conflict? First let’s not fall into the game of supporting one imperialist camp against another. Under a decaying capitalist system there is no “progressive” faction. Calling for such things as support for Assad in Syria (because he is opposed by the US) or “hands off Iran” is simply supporting one set of anti-working class butchers against another. It is playing the capitalist game. Iran may be the underdog in imperialist terms but it is also locking up and torturing our struggling class sisters and brothers for calling for “workers’ councils”.

And we should not be fooled by the fact some states claim to be “socialist” (Cuba, Venezuela, etc.) but are in fact just as exploitative. The only difference is that the state has replaced private owners as the exploiter of our labour. Until now, socialism has never been established anywhere on the planet. We have and will have no country to defend. Socialism can only come about through the independent actions of the working class, the only truly international force capable of creating a new way of living.

In this sense things have not changed much since 1914. When the fake socialists back then all found various excuses to support their own imperialist government it was only a small band who stood up for the working class. As the various imperialist powers prepared the working class to butcher each other in the name of national interest (i.e. the bosses’ interest) Lenin called on workers everywhere to “turn the imperialist war into a civil war”. This eventually sparked off an international class movement. Percy Goldsbrough a socialist worker in 1916 wrote (on the wall of his cell in Richmond Castle) “The only war worth fighting is the class war”. Such opposition led to a revolutionary wave which not only ended the war but nearly turned into a world working class revolution. Although it ultimately failed, its promise still resonates today. In fighting for our own interest, in fighting austerity and exploitation, in fighting for a better life, we can rebuild working class solidarity and cohesion. For this we need to join in a new political movement, a new international to coordinate the fight against capitalism and its wars everywhere. Its slogan remains “No war but the class war!”. 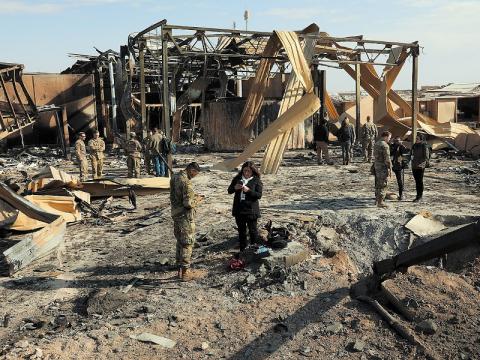 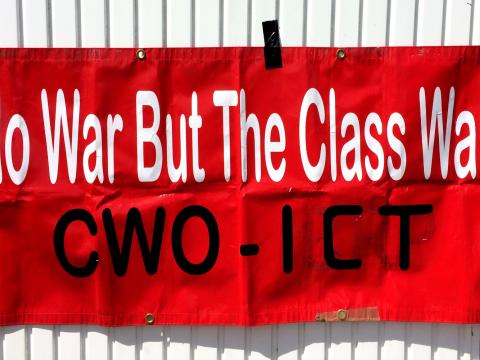 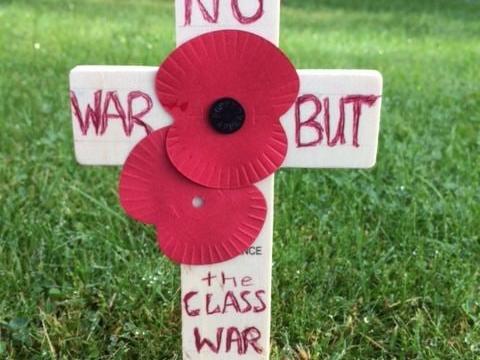 Climate change is only one of many threats to our future. Life is already hell for millions trying to survive on low wages or no wages at all,… 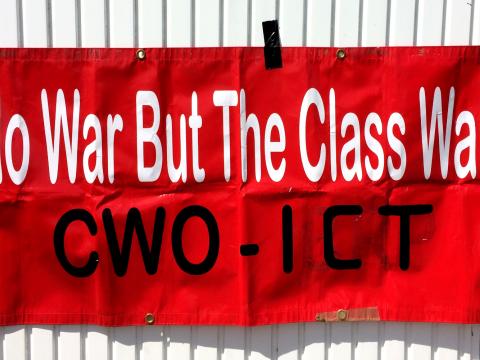 A decade on since the financial crash world capitalism’s basic problem of low profitability remains. The only way the capitalists can revive …