The organization of work is becoming increasingly flexible, and new forms of trade unionism are required to meet the challenge. The trade union FAU sees the tradition of "direct action" as a way of achieving that. The paper Scheinschlag spoke with activists Sabine, Nadine, Arne, Peter and Frank (names changed).

What is the Free Workers Union (Freie ArbeiterInnen-Union, FAU)?

Arne: The FAU is an initiative to rebuild an anarcho-syndicalist union in Germany such as the one which existed in the 1920s and 30s and had up to 150,000 members. It had several thousand in 1933 when the movement was destroyed by fascism and war. It was re-founded in Germany in 1977 and currently has around 200 members.

We look to the traditions of anarcho-syndicalism or revolutionary syndicalism which developed in France in the late 19th century. The birth of the movement was the founding of the CGT, which still exists today but is more communist-oriented. It was a union for all workers-for all who have to sell their labor to make a living. It was a self-organized union, had no big bureaucratic apparatus, and practiced direct action. That means achieving your demands collectively and directly without going through intermediary bodies like the DGB (Federation of German Trade-Unions) or political parties.

What fields is the Kultursyndikat trying to organize in?

Arne: The Kultursyndikat is a relatively new network in the FAU for workers in the culture and media field. We're trying to reach people who are looking for an alternative to the mainstream service industry union ver.di. At the moment, we have members in the fields of language, cinema, film, and stage work. That's our starting point. We've conducted a number of small, work-related disputes in these areas, and they were all quite successful. They involved different levels of escalation. The simplest was with an illegally employed box-office ticket-seller who had been waiting for her wages for over a year. We sent her boss a letter and the matter got sorted out -- we were surprised it was so easy.

It was rather more complicated with a translator who also hadn't been paid by a client. Letter-writing wasn't enough, so we had to pay the client a visit at home, then again, and finally a third time. He then paid because we had made the matter public locally and put pressure on him that way. This translator works freelance and therefore is not covered at all by labor law. That was an attempt to make some impact when faced with those sorts of working conditions.

Sabine: That's really the problem in the culture and media fields. Many people work freelance and have no colleagues to link up and organize with. But we can still try and put on pressure to protect our rights when employers or clients infringe on them.

Workers in the culture and media fields have widely varying working conditions and degrees of legal protection. Isn't it therefore a problem to pull together?

Arne: What we have in common is that we are all wage workers. In the culture and media union we have a class perspective and say that even though people' s working conditions and situations vary, what unites us is that we are exploited and prevented from working the way we see fit because there's always a boss or a hierarchy in the way.

But what if you're a freelancer, for example, and you pass on jobs to others? How's that compatible with class struggle? Are you a boss then, or a worker?

Arne: We draw the line when someone actually employs someone else-then they' re on the other side. Drawing the line isn't easy, and we don't have an answer to every problem. But by developing a praxis, through struggle, we learn to find the line in difficult cases.

Particularly in your field many people work not just to earn a living but also to achieve self-realization. Such people are more inclined to accept bad working conditions. Are they lost for the class struggle?

Arne: That is a problem, but you find that kind of pride in other areas as well, like working for a particular company. Obviously this is very pronounced in the culture and media fields, but it's not restricted to just there.

Peter: I think the self-image of this field has been changing since the bubble of the New Economy burst, some workers are developing a different attitude. Since then it's been clear that the supposedly detached world, drifting on a hypermodern cloud and running by totally different laws, this cozy >We'll just sit down with the boss and sort it out", doesn't square with reality, and that the system functions just like it always has. It's just that before there was more money and people saw things in a different light.

You set your sights pretty high if you want to follow the model of a revolutionary movement of the 1920's with 150,000 members. At the same time you're involved in tiny struggles that make it look as if you're doing nothing at all. How do you think you can become stronger?

Arne: I think this is precisely the way-reaching more people through these small struggles. The problem of the left is that they wage abstract struggles and campaigns, which makes them unattractive to the greater part of the population. It's harder, of course, to make an impact in the workplace or on specific issues. And I think it's there that we need to start rebuilding a movement that can pit itself against capitalism.

Frank: I know from my previous experience in the autonomous left scene and now from the anti-globalization demos that there's a lack of clear structures. There's a lot of spontaneity at the big demos, which is good in itself. But there's the danger that either everything will fizzle out, people will go home and nothing will change, or that some individuals will place themselves at the head of the movement and it will end up as something totally different to what people actually wanted. So when a movement begins to be built up, it's important that there are structures that can be used.

Arne: To date we've been conducting individual disputes, but we've also been looking to see what we can do on a larger scale, something that goes beyond individual work-related conflicts, even though we're still small. For example, we're planning to start a campaign for cinema workers. That means doing publicity work to put pressure on the cinemas through cinema-goers. Not necessarily from within the cinemas, but from outside. First we'll use questionnaires to try and clarify the actual situation-what the exact working conditions and different problems at cinemas are-then we'll see what can be done. Basically I think we should aim to apply pressure via the public, because in the culture and media fields the public image is absolutely paramount. And if it gets tarnished, it shows.

Nadine: There's a similar union in France. They started off in the cultural field like us. There were just a handful of them, but they did actions, like going into the cinema, stopping the film, and talking to the public. They were successful and reached people, also via the media, and people saw that something was happening in the world of culture, union-wise. And the union grew from there.

The old anarcho-syndicalist unions were strongly based in the factories. Today the organization of work is more decentralized. I suppose that's to your advantage?

Sabine: People aren't class-conscious any more. They say there's no longer any >us" and >them", they don't feel they're working class and need to organize to protect their interests. >Why class struggle when there are no classes any more?", you often hear.

Arne: On the one hand, I think these new working conditions are a problem, but on the other hand they offer us an opportunity because people can no longer stand up for their rights via the traditional intermediary bodies like works committees, etc. The bosses don't need these intermediary bodies any more because they have the power anyway, and there's no radical workers' movement willing or able to stand up to them. The new working conditions are absolutely begging for direct action where you achieve your demands directly. They also call for more radical forms of organization-independent, decentralized, and thus more flexible, so to speak. Capitalism has become more flexible, and workers' organization has to become more flexible to stand up to it.

An account by a Solidarity Federation member of a visit with FAU members in Germany. 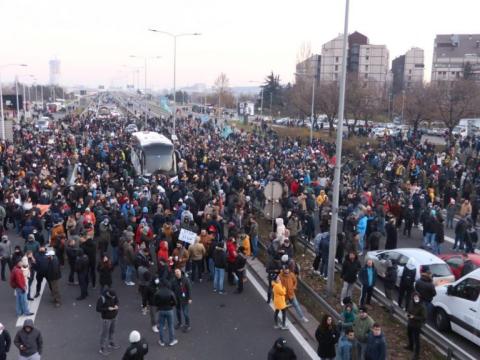 An interview about the current political situation in Serbia, carried out by The Final Straw Radio… 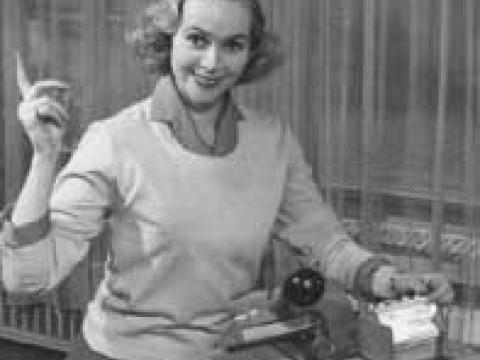