Noam Chomsky explains the nature of the Cold War between the West and the Soviet Union before its collapse in 1989.

How the Cold War worked

Despite much pretence, national security has not been a maj or concern of
US planners and elected officials. The historical record reveals this clearly.
Few serious analysts took issue with George Kennan's position that "it
is not Russian military power which is threatening us, it is Russian political
power" (October 1947); or with President Eisenhower's consistent view
that the Russians intended no military conquest of Western Europe and that
the major role of NATO was to "convey a feeling of confidence to exposed
populations, a confidence which will make them sturdier, politically, in their
opposition to Communist inroads."

Similarly, the US dismissed possibilities for peaceful resolution of the Cold
War conflict, which would have left the "political threat" intact.
In his history of nuclear weapons, McGeorge Bundy writes that he is "aware
of no serious contemporary proposal... that ballistic missiles should somehow
be banned by agreement before they were ever deployed," even though these
were the only potential military threat to the US. It was always the "political"
threat of so-called "Communism" that was the primary concern.

(Recall that "Communism" is a broad term, and includes all those
with the "ability to get control of mass movements... something we have
no capacity to duplicate," as Secretary of State John Foster Dulles privately
complained to his brother Allen, CIA director, "The poor people are the
ones they appeal to," he added, "and they have always wanted to
plunder the rich." So they must be overcome, to protect our doctrine
that the rich should plunder the poor.)

Of course, both the US and USSR would have preferred that the other simply
disappear. But since this would obviously have involved mutual annihilation,
a system of global management called the Cold War was established.

According to the conventional view, the Cold War was a conflict between two
superpowers, caused by Soviet aggression, in which we tried to contain the
Soviet Union and protect the world from it. If this view is a doctrine of
theology, there's no need to discuss it. If it is intended to shed some light
on history, we can easily put it to the test, bearing in mind a very simple
point: if you want to understand the Cold War, you should look at the events
of the Cold War. If you do so, a very different picture emerges.

On the Soviet side, the events of the Cold War were repeated interventions
in Eastern Europe: tanks in East
Berlin (1953) and Budapest (1956) and Prague (1968). These interventions took place along the route that was
used to attack and virtually destroy Russia three times in this century alone.
The invasion of Afghanistan is the one example of an intervention outside
that route, though also on the Soviet border.

On the US side, intervention was worldwide, reflecting the status attained
by the US as the first truly global power in history.

On the domestic front, the Cold War helped the Soviet Union entrench its military-bureaucratic
ruling class in power, and it gave the US a way to compel its population to
subsidise high-tech industry. It isn't easy to sell all that to the domestic
populations. The technique used was the old stand-by-fear of a great enemy.

The Cold War provided that too. No matter how outlandish the idea that the
Soviet Union and its tentacles were strangling the West, the "Evil Empire"
was in fact evil, was an empire and was brutal. Each superpower controlled
its primary enemy - its own population - by terrifying it with the (quite
real) crimes of the other.

In crucial respects, then, the Cold War was a kind of tacit arrangement between
the Soviet Union and the United States under which the US conducted its wars
against the Third World and controlled its allies in Europe, while the Soviet
rulers kept an iron grip on their own internal empire and their satellites
in Eastern Europe - each side using the other to justify repression and violence
in its own domains. The Cold War even had a cultural component, with rival interventions in the art world.

So why did the Cold War end, and how does its end change things? By the 1970s,
Soviet military expenditures were levelling off and internal problems were
mounting, with economic stagnation and increasing pressures for an end to
tyrannical rule. Soviet power internationally had, in fact, been declining
for some 30 years, as a study by the US Centre for Defence Information showed
in 1980. A few years later, the Soviet system had collapsed. The Cold War
ended with the victory of what had always been the far richer and more powerful
contestant. The Soviet collapse was part of the more general economic catastrophe
of the 1980s, more severe in most of the Third World domains of the West than
in the Soviet empire.

As we've already seen, the Cold War had significant elements of North-South
conflict (to use the contemporary euphemism for the European conquest of the
world). Much of the Soviet empire had formerly been quasi-colonial dependencies
of the West. The Soviet Union took an independent course, providing assistance
to targets of Western attack and deterring the worst of Western violence.
With the collapse of Soviet tyranny, much of the region can be expected to
return to its traditional status, with the former higher echelons of the bureaucracy
playing the role of the Third World elites that enrich themselves while serving
the interests of foreign investors.

But while this particular phase has ended, North-South conflicts continue.
One side may have called off the game, but the US is proceeding as before
- more freely, in fact, with Soviet deterrence a thing of the past. It should
have surprised no one that George Bush celebrated the symbolic end of the
Cold War, the fall of the Berlin Wall, by immediately invading
Panama and announcing loud and clear that the US would subvert Nicaragua's
election by maintaining its economic stranglehold and military attack
unless "our side" won.

Nor did it take great insight for Elliott Abrams to observe that the US invasion
of Panama was unusual because it could be conducted without fear of a Soviet
reaction anywhere, or for numerous commentators during the 1990-91 Gulf crisis to
add that the US and Britain were now free to use unlimited force against its
Third World enemy, since they were no longer inhibited by the Soviet deterrent.

Of course, the end of the Cold War brings its problems too. Notably, the technique
for controlling the domestic population has had to shift, a problem recognised
through the 1980s, as we've already seen. New enemies have to be invented.
It becomes harder to disguise the fact that the real enemy has always been
"the poor who seek to plunder the rich" - in particular, Third World
miscreants who seek to break out of the service role.

One new such enemy, and new such war is the War
on Drugs.

From What
Uncle Sam Really Wants, by Noam Chomsky.


Chomsky is of course an American citizen, and so “we” and “our”
refers to the US. The article has been edited slightly by libcom – US
to UK spellings and a few small details have been added for the reader new
to the topic 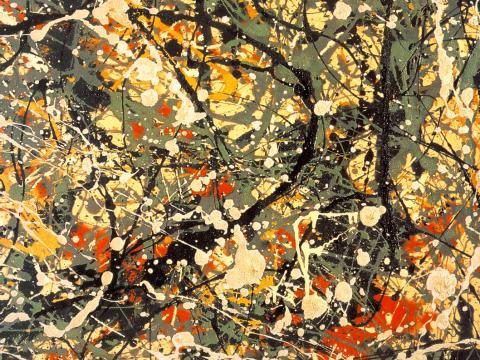