"Communism" not a name only - Recidivus

A scathing article by Recidivus about the Workers Party of America, the legal, above-ground party of the Communist Party USA during the early to late 1920s.

"Communism" not a name only: Workers Party is not a communist party, but a reactionary group of politicians and opposing it is not "fighting communism"

There is an impression among certain groups that the I.W.W. is opposed to communism and is fighting it. As proof of the fact, these persons cite our antagonism to the Workers' Party. We refuse to give it the unmerited credit of being a communist party or even communistically inclined. We fully agree with James P. Thompson that the "Workers' Party is unscientific, reactionary, opportunistic and hypocritical"

We do not have to take Thompson's word alone. The Communist leader, Losovsky, an influential member of the Third International, when the American Workers Party was crying the slogan, "Save the Union", sent forth a stinging bawl-out from Moscow to the American leadership of the party, characterizing their "left-wing movement" in the A.F. of L. as a "metophysical concept without foundation in fact". That was in 1928. Was this true, or didn't the great one know what he was talking about?

Every intelligent member of the Industrial Workers of the World—the majority of our members—believe in communism. They hope for it and are forever fighting for it. But if communism means what the party of frauds, fakers, shysters, careerists and opportunists tell us it is—a movement to "save the poor farmer" and petty bourgeoisie; if it means standing in the way of the industrialization of backward countries by crying "down with imperialism", and here in America shouting "Smash the Trusts", and "Down with the chain stores", we do not want any of that brand of communism. But that is not communism.

We of the I.W.W. are opposed to the party's slimy tactics of injecting themselves into strikes to disrupt and split the workers' forces as they did in the coal strike of 1927-1928. This was characteristic of their tactics in all strikes. We are also opposed to their agent-provocateur activities in urging defenseless workers to violence and in staging demonstrations in places they know full well result only in broken heads, workers' lives ruthlessly taken and more victims for the gallows tree—while their self-appointed leaders reap the only gains to be got while safely ensconced in safety zones.

Again we sat we are not fighting communism in our opposition to the Workers Party. We are trying, rather, to build communism thru the intelligent teaching and tactics of the I.W.W. We want no union that is subordinate to the tricksters of a political party. Karl Marx never said or wrote, "Bourgeoisie of the World, Unite!" We have no places in our ranks for snus peddlers, "poor farmers", or any of the class that Marx said were logically the bulwarks of the old society.

The Workers Party should be more truthfully known as the Wrecking Party. It has come like a blight among the workers of America and whatever it has touched, it has wrought more harm to them than all the other powers that be. If the leadership is not being paid for their blighting influence and activities, it is scabbing on the finks that are. Other similar organizations have made as much noise as the Workers Party; but, if they are remembered at all, it is not with credit to them.

The idea of the One Big Union is now too well grounded to be uprooted. The toilers will yet march from mill, mine and factory and back to them victoriously under the banner of the I.W.W. which is equivalent to saying their own collective selves intelligently, militantly, revolutionarily and scientifically organized.

Typed up for libcom.org by Juan Conatz

But if communism means [...] standing in the way of the industrialization of backward countries by crying "down with imperialism" [...] we do not want any of that brand of communism.

Yeah I found that part a bit odd, and wondered exactly what the writer was talking about.

but surely this is slang?

We have no places in our ranks for snus peddlers, "poor farmers", or any of the class that Marx said were logically the bulwarks of the old society.

Yeah this sounds rather shortminded.
How about poor farmers who are otherwise good enemies of the old society but need to peddle the occasional bag of snus to make up for declining crop yield?

The only real critique of the CP offered here is that support working with poor farmers and were anti-imperialist. By the time this was written the CP was far from perfect (third period ultra-leftism and bureacratic centralism were defintiely a problem) but it was definitely involved in genuine class struggle. 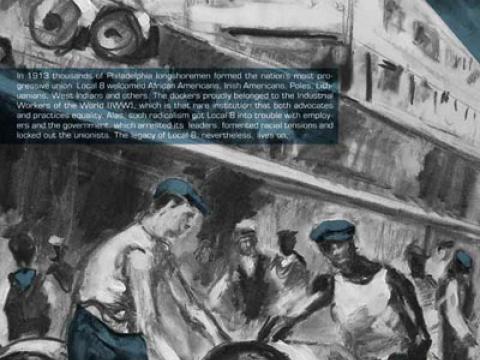 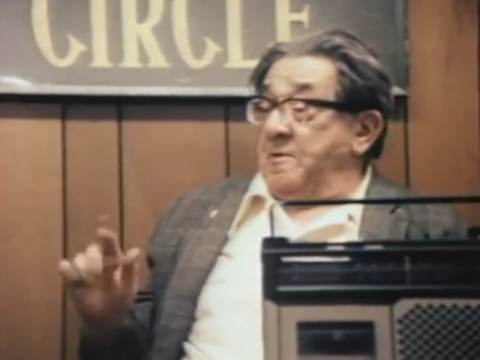 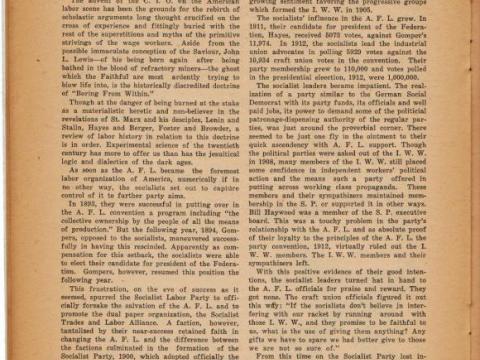