The culling of the herd - is this what is happening in Brazil, UK and USA?

Where did an investment fund economist get this knowledge and authority in order to reach that kind of conclusion? In other words: what is the disease that has been driving and legitimizing these people to mobilize for the reopening of Brazil's economy while death rates only increase? Who produced this? Where did it come from? How does it reproduce? The answer is: we are dealing with 21st century Nazism with “natural selection” varnish. Systematic extermination as an ideology.

“Following our numbers a little, I would say that Brazil is doing well”, says Guilherme Benchimol, economist at XP Investimentos, “the peak of the disease has passed when we analyze the middle class, the upper class”. The declaration day was May 5 - we had 7,321 deaths officially registered in the country.

President Bolsonaro went on foot to the Supreme Court, accompanied by economic powers like the president of the toy industry, to pass on the following message: “The side effect of fighting the virus (saving lives) cannot be more harmful than the disease itself ( loss for companies) ”. The decision for these people is obvious and the increase in deaths that accompanies the number of essential sectors decreed by the federal government and the reopening of businesses should not leave us in any doubt.

In Roraima, a general in charge of a refugee camp instructs his troops: “It's like I say, it's for me, it's for you. We are not infected, we are being immunized for future actions. This is the vision that we have to have ”.

Two questions are necessary. We have to create a third one, and “we” are those who endure the road to hell that awaits us. The first question tries to give na origin to the mental illness that justifies the extermination of the poor and the "weak" in the countries where this has become state policy - starting with Brazil. But what is this? The second question deals with how this idea has been tested and applied progressively in Brazil, with increasing legitimacy and strength. How is it possible? The third question ... is whether there is any cure in sight and where it can be found.

Where did an investment fund economist get this knowledge and authority in order to reach that kind of conclusion? In other words: what is the disease that has been driving and legitimizing these people to mobilize for the reopening of Brazil's economy while death rates only increase? Who produced this? Where did it come from? How does it reproduce? The answer is: we are dealing with 21st century Nazism with “natural selection” varnish. Systematic extermination as an ideology.

But what is this?

Am I exaggerating when I say that smiling and “beautiful” (or at least white) people, like Samy Dana and Belchimol, carry an ideology of extermination of poor people? João Filho, from Intercept, used a very curious expression to name what that person did. He called it “clumsy”. In the report it is clear that he does not support himself statistically, he was proven wrong by reality and by his peers, and he does not support himself in a study of the disease. What was it for then? "Based on Samy Dana's model, the governor of Amazonas announced a plan to ease the isolation from May 14". This was after a hopeful result of twice as many deaths as in the previous month. João Filho tells us that "despite the study not recommending the end of the quarantine, (...) the science of the financial market provided a relief of conscience for the rich who defend the end of social isolation in the name of saving the economy". Let's go back to the tweet registered above. This is an essential fact of Samy's study: the peak in the middle and upper classes has passed. You can rest assured. The peak in the poor classes will be acceptable - as long as there is still a workforce to be exploited. The study was not disastrous. It served exactly what was produced. To provide tranquility to the rich, to suggest that they are safe from the disease and that they can push the losses of the crisis out, that they will not need to pay for any of this. You can rest easy at home, letting whoever should die die. The name of this is: legitimization of extermination. It is not a “statistical model”, it is not a “bad science”, it is not a “clumsy study”. It is "science of the financial market" that we are talking about here. To calculate deaths and withdraw interest and dividends. But it has never been so literal. And now that it is becoming literal, systematic and militant - we are talking about another level. This other level is the level of political consciousness that I am calling 21st century Nazism.

Where did that come from?

Samy Dana is not original. In the United States, there was also an irresponsible and irresponsible intellectual named Richard Epstein, who predicted a maximum of 500 Covid-19 deaths in the US on March 16. His prediction was read by the White House, published in the New York Times and - along with the eccentric article by a fanatical doctor named David L. Katz, defending a measure that became known as vertical isolation, which makes no sense in epidemiological literature - delayed government response to the disease for weeks. The result we are seeing today. More than 80 thousand deaths, more than one million infected. Epstein still tried to edit his prediction retroactively, adding more zeros, but he still went wrong. He did not recant.

An eccentric speech by eccentric people? How many disasters need to accumulate before we can begin to recognize a plan?

As in the USA and Brazil, also in England a journalist and politician named Daniel Hannan ventured into the realm of amateur epidemiology and projected 5700 deaths, at most, to England, in order to combat any measure of social isolation and public policies of security during quarantine. Daniel Hannan is a close friend of Cummings and author of a book advocating the dismantling of the NHS, England's public health system.

At the end of February, a month before this article came out, Boris Johnson's government strategy was summed up by Cummings, according to someone present at the office, in the following words: “group immunity, protecting the economy, and if some retirees die, what a shame!" Shortly thereafter, on March 3, Boris Johnson declared in public that "the coronavirus would not stop him from shaking hands with people, adding that he would shake hands with everyone at a hospital where infected patients were being treated."

On March 3, according to the Telegraph newspaper, talking about the conclusions to be drawn from lower interest rates at the Fed (the central financial system in the United States) in the previous weeks, Jeremy Warner said the following:

“(…) Unlikely to happen this time (the death of the young workforce). In order not to exaggerate, from a totally disinterested economic perspective, Covid-19 may even prove to be slightly beneficial in the long run by slaughtering elderly dependents disproportionately ”(free translation, emphasis added).

March 5 was one of the rare times that Boris Johnson spoke publicly about applying group immunity in England. Then he pretended he never spoke. But at the time he said the following: “One of the theories is that maybe you can catch this virus head on, take it all at once and allow the disease, so to speak, to move through the population, without taking so many draconian measures”

Today, when we have reached the twenty thousand official deaths in England, they pretend that they never wanted to know about group immunity and that they already foresaw everything. One thing is certain: of these twenty thousand, a disproportionate number of elderly people were slaughtered in nursing homes, where they should be receiving care - by April 18, the record was 7500 dead, according to the same Daily Telegraph.

And here in Brazil?

Although it took us a while to have a statistical model to disguise our massacre, we had a kicker of death estimates in a prominent position: Osmar Terra. His first prediction was that a maximum of 2100 people would die, the same as for H1N1. When exactly twice as many people died and was questioned about it, he replied as follows:

“I keep everything I said. Including that we are at the peak of the epidemic and that we should see, from now on, a decrease in hospital admissions of cases from Covid, as you can see in the curve that makes the blue column in the attached graph, which is from the Ministry of Health ”.

He also refused to make a self-criticism of his model: “With regard to the number of deaths, it really is a difficult calculation to do well in advance, in any epidemic. I made this estimate a lot to show that the catastrophic predictions of virologist Átila Iamarino - of more than 1 million deaths in Brazil, and that it was widely disseminated, including in an interview in Roda Viva, of TV Cultura of São Paulo - as well as the published forecast at Intercept Brasil, exactly 432,000 people would die, were absurd. Certainly my margin of error will be much smaller than theirs ”

That first mistake did not prevent him from continuing to create mental models with projections. In a conversation between Terra and Onyx, recorded and leaked by CNN, Osmar estimates “4, at most 5,000 dead”. At the time, he was considered “a kind of consultant to Jair Bolsonaro for matters related to coronavirus” - a position similar to that of analogous mystifiers in other countries. Brazil is part of this movement, and a central part, where these theses are managing to be applied in their entirety.

We see then that behind the apparent inconsistency, madness and “disaster” there is a common thought of legitimizing and naturalizing the massacre. There is coherent group thinking, shared and discussed at the international level. But how does it come about? Is it at once, in a coherent way, as a total project?

A recent dialogue between Henrique Mandetta, a former health minister, and Terra, now a former minister, reveals this process. Striking out a statement from Terra that it would only have been “ten thousand dead” (wrong calculation again, but the model is there!), Mandetta said that “they were lives, they weren't just numbers” and then said the following: “There economist there who think it better that everyone who has to die soon for the economy to return to normal die. It's not like this".

Is it really not so? So why were Mandetta and all the businessmen who are in agreement with Bolsonaro in there, debating with these people who were applying this program? Why do they let these people rule so far, knowing full well that this is what they think and are doing? How is this possible?

It is the question that we will try to answer in an upcoming article. But the name of what is happening is given: we are facing a massacre thought and legitimized as such, a Final Solution for this and for all the next crises that will come from now on. If we let it go now, the price that history will charge will not be small.

“Following our numbers a little, I would say that Brazil is doing well”, says Guilherme Benchimol, economist at XP Investimentos, “the peak of the disease has passed when we analyze the middle class, the upper class”. 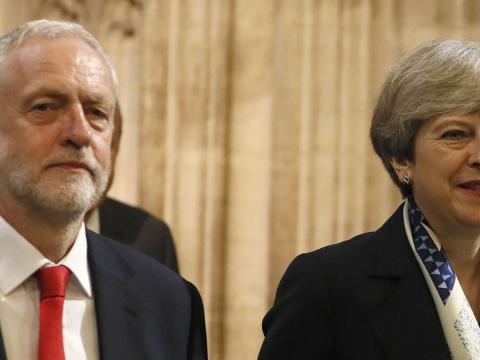 Pantomimes usually start in December and end early in the New Year. The Brexit version at the Westminster Palais looks set for an extended run.
Image 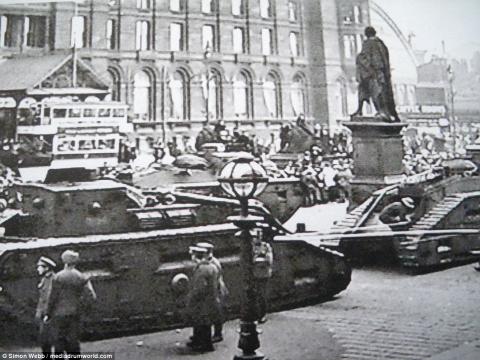 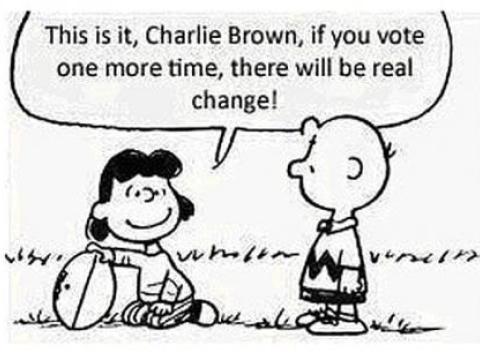 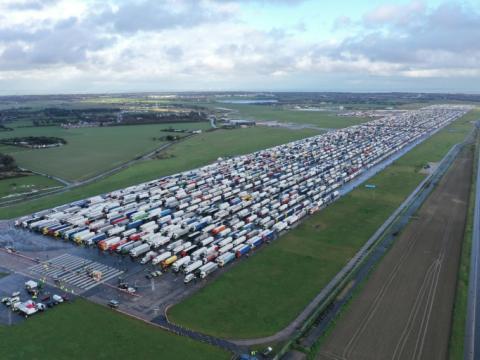