A summary and examination of the environmental crisis and its causes, and how we think the problems can be solved.

This article in: Italiano | Türkçe | Nederlands

The earth is facing an environmental crisis on a scale unprecedented in human history. This crisis is already responsible for high levels of human suffering and, if it continues, risks the extinction of human life on the planet.

The most damaging environmental issues in the world today are:

What’s behind the environmental crisis?

People often say that the reason that the world is in its current state is because there are too many people or because of modern technology.

However, many of the most environmentally destructive practices are not done by or for the benefit of most people and nor is it the case that most modern industrial technologies are inherently destructive.

The problem is not that there are too many people or that modern technology is inherently destructive. The problem is in society - and particularly industry - as it is run today. Specifically, it is the burning of fossil fuels like oil, coal and gas, releasing carbon dioxide (CO2) resulting in global warming that is catapulting the planet towards disaster. However, it doesn’t have to be this way.

Many dangerous technologies and substances can be replaced. Instead of burning fossil fuels, renewable sources of energy can be used, such as wind or solar power. Petrochemical based plastics (for things like plastic bags), which are not biodegradable, can be replaced by starch-based plastics (which safely disintegrate if left outside).

Living in an eco-friendly way does not necessarily mean that we have to accept a lower standard of living. The real blame for the environmental crisis isn't because ordinary people leave too many lights on or use the wrong type of soap. It is the wasteful system of production for profit that is unsustainable. The real blame for the environmental crisis must be laid at the door of capitalism, governments, and the society that these forces have created.

Capitalism is an enormously wasteful system of production, geared towards market competition and profit. For companies to survive this competition, they profits must be maximised. And to maximise profits, costs must be kept low. So just as paying workers is a cost that needs to be minimised, so is the cost of protecting the environment and disposing of waste safely. Read our introduction to Capitalism here.

Installing safety equipment and monitoring the use of dangerous materials costs money and cuts into potential profits. It is more profitable to shift these costs onto society in the form of pollution.

This is without mentioning all the things produced in a wasteful or inefficient way. Huge numbers of products are built to break in order to keep sales up ('built-in obsolescence'). Useless or inefficient goods are promoted and sold by means of high pressure advertising, often with the aid of government policy (such as private cars in place of large-scale public transport). Furthermore, this advertising pressures us to dispose of useful items which are no longer “cool” and purchase new ones.

Nor are all goods produced under capitalism actually consumed by ordinary people. Sometimes companies produce more of a given product than can be sold on the market, leading to a price collapse and recession. The bosses' solution is to destroy or stockpile the "extra" goods, rather than distribute them to those who need them. In 1991 there were 200 million tons of grain worldwide which were hoarded to preserve price levels. Three million tons could have eliminated famine in Africa that year – and now the situation is still no different, with nearly half of the world’s food is wasted each year.

The state will not willingly enforce strong environmental protection laws against companies because it does not want to cut into their profits (and its own tax revenue).

In addition, it is often feared that strong environmental laws will make countries 'unattractive for investment'. For instance, in 1992, big business in Holland were able to block a proposed tax on carbon pollution by threatening to relocate to other countries.

As such, the environment cannot be saved by means of the state, or by electing a 'Green Party'. Green parties, like all opposition parties, always talk radical in opposition but act like the rest in power. In Germany in 2001, the Green Party were part of the government and condemned protests against the transport of nuclear waste and were jointly responsible for the mobilisation 17,000 police against protesting residents.

In 2007, the Irish Green Party, who had supported the 'Shell to Sea' campaign against the extraction of natural gas off northwest Ireland, entered government. They soon changed their stance, with one senior Green politician overseeing the project while in office.

At a general level, it is clear that the environmental crisis affects everybody, and threatens the survival of the human race as a whole.

However, even though the environmental crisis is a global threat, working class people are those most severely affected by it. We are the ones that have to do the dangerous jobs that cause environmental degradation and live in areas damaged by pollution, while those with money can afford to move elsewhere.

While in the long-term a global environmental crisis would affect everyone, not everyone shares an immediate interest in fighting it: the bosses and the state profit from the processes that harm the environment. Only the working class have a direct interest right now in defending the environment.

Mainstream debates of 'jobs' vs. 'environment' must be rejected. Firstly, because those working in environmentally destructive industries will often live in the same towns those industries destroy. So their health, and that of their friends and family, is at stake, both while at work and at home.

And secondly, because state and employer concern is completely false. When they can make profit they will play down the environmental aspect, saying it provides jobs. And when it stops being profitable or economically important, they'll close it down, saying how bad it is for the environment and tossing everyone out onto the street, as we have seen with the ILVA steelworks in Italy .

How can the problem be solved?

As capitalism is an inherently destructive system, ultimately the only real way to stop the environmental crisis is to create a new society based on human need rather than profit.

However, this does not mean nothing can be done in the meantime. The environmental crisis was generated by capitalism and so must be dealt with by challenging it. And as the state is part of this system, only mass grassroots action can be an effective method to do so.

To do this, environmentalism must relate to the day-to-day needs of our class. It's for this reason that we don't see much use in abstract environmentalism separate from the class struggle.

As the people who produce all wealth in society, workers are able, by action at the point of production, to wield a powerful weapon against the bosses.

Because a large proportion of environmental damage comes from industry and because the workers and our communities are the main victims of this pollution, workers' struggles for health and safety are often the first line of defence for the environment.

By monitoring environmental damage as a part of health and safety we link the struggle for better working conditions, our health (on and off the job) and the environment. We can expose industrial use of toxic substances, demand industry use recycled products where possible and find alternatives for environmentally harmful products.

With enough power in the workplace, workers can even enforce environmentalism in polluting industries. For instance, in the 1970s, Australian construction workers enforced 'green bans' where workers refused to work on environmentally harmful projects.

A lot of working class environmentalism takes place in the community, such as campaigns for better public transport which then reduce the reliance of individuals on private cars.

It can also come in the form of stopping environmentally destructive projects being built or developed. For instance, in the UK in the early 1990s, anti-roads protests took place across the country. Though many were lost the level of community support meant that in 1995, 300 roads planned to go through natural areas or people's communities were cancelled.

In 2012, residents in Shifang, Western China, forced the government to scrap their plans to build a massive copper alloy plant which many feared would lead to serious pollution and health problems. And in Italy today there are many examples of working class environmentalism, such as the No TAV movement, which is struggling against the construction of a high-speed rail link through the mountains of Piedmont, involving whole communities using direct action in their battle for survival.

Environmental destruction is destroying large parts of the planet, threatening the existence of all species, including our own. However, this is not the result of bad choices made by individuals, but of how society is organised.

As a result, it is up to the working class to defend the environment as we are the only people with an immediate interest in defending it. And while we can use direct action to fight environmental destruction, ultimately, we will have to use our collective strength to build a new world, not based on the relentless drive for profit but on fulfilling human needs; including that of a clean and healthy environment.

Please give us your thoughts and feedback on this article in the forums here:
http://libcom.org/forums/feedback-content/what-do-you-think-our-introduction-environment-04062013 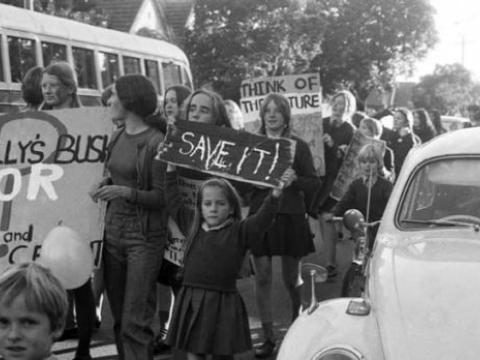 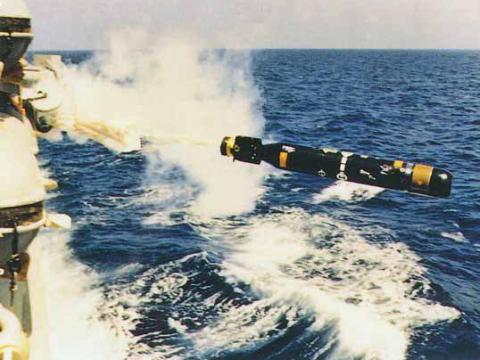 1976: The fight for useful work at Lucas Aerospace 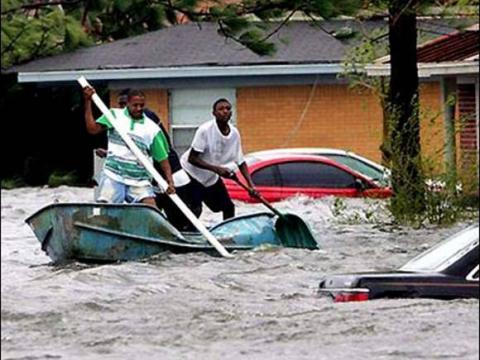 Prol-Position on New Orleans and the hurricane Katrina disaster in 2005.
Image 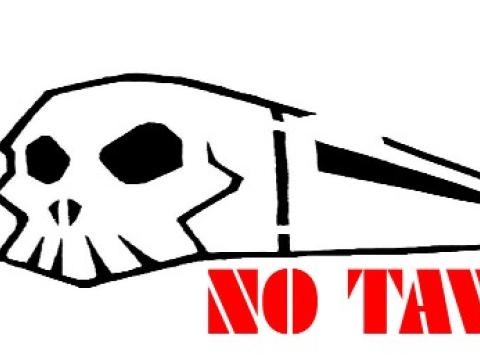 (Italy) The militarisation of the Susa Valley: final act