A short biography of Vicente Garcia, one of the first Spanish anarchist communists, also active in South Wales, France and London

Vicente Garcia, or to give him his full name Vicente García y García Díez Varona , was born the son of poor agricultural labourers on 18th July 1866 at Paralacuesta, in the province of Burgos, Spain. As a child he tended cattle. At the age of twelve he emigrated to Bilbao, where he worked as a grocery clerk, an apprentice barber and finally learned the trade which he kept up for the rest of his life, as a cooper.
He began to gravitate towards the anarchist movement and a letter from him first appears in the Madrid anarchist paper Bandera in October 1885.

He was one of the first Spanish anarchists to move from the ideas of collectivism to those of libertarian communism, under the influence of the Italian activist Errico Malatesta. He founded an anarchist-communist fortnightly paper in Bilbao, El Combate, in 1891. For this he received a six months prison sentence. He was probably an attendee at the 1891 conference of the Federación de Resistencia al Capital also known as the Pacto de Union y Solidaridad, a precursor of the CNT, in Madrid.

He took part in the labour agitation around the Ortuella mines in 1891. Together with Malatesta and Pedro Esteve he conducted a propaganda tour of Spain in 1891-2. He then travelled to the United States with Esteve. He returned to Spain and was then active with the anarchist paper El Corsario of Corunna (1890-1908). There he met Matilde Martinez and they entered into a free union.

There was then a move to Sestao-Baracaldo, where he ran a secular free school from 1899 to 1900. He also acted as the administrator of the anarchist magazine Revista Obrera (Workers Review) in 1900. His next move was to Haro (La Rioja) where he set up a new anarchist paper Justicia Obrera (Workers Justice) in 1900.

He also produced and edited the Manifesto of the International Worker on 2rd December 1899 which put forward the creation of an International Workers Alliance which would organise workers outside the control of political parties and he also planned a congress which would send delegates to the forthcoming Anarchist Congress in Paris. However the Paris Congress never took place. In La Rioja he organised among the vineyard workers but the resulting repression from the wine bosses forced him to leave. A year later he was back in Bilbao, travelling to Santander to visit the Montjuich prisoners.

He moved to Dowlais in South Wales in 1901 (see my Spanish Anarchists in the South Wales Valleys here at libcom), joining the Spanish anarchist community there, and working in the steel works. It appears that as well as wanting to escape repression back in Spain he also wanted his two daughters to learn English!
Garcia had always been actively involved in correspondence and article writing for the Spanish language libertarian press from the beginning of his involvement with the anarchist movement. His Pro Prensa group in Dowlais contributed to all of the Spanish language anarchist press, whether it be South America, Mexico or Spain itself. He often used pseudonyms like Palmiro (also used by the anarchist Abelardo Saavedra) which referred to the French philosopher Volney’s book the Ruins of Palmyra, Un Anarquista, Juno, or Martin Zalacaín, after a leading character in the works of the libertarian novelist Pio Baroja..

He was also involved in the Seccion Varia (all trades workers organisation) set up by Spanish workers in South Wales which also included José Argüelles, Ponciano Gracia and many others.
In 1906 he moved to Bordeaux in France where he became very active in the Spanish anarchist community there. Again the move was apparently prompted by the wish that his daughters learn French. He wrote for La Enseñanza Moderna (Modern Teaching) of Irun on rationalist schools.

He was expelled from France because of his involvement in the assassination of the Spanish Prime Minister José Canalejas by a Spanish anarchist Manuel Pardiñas, who had come from Tampa, Florida to avenge the death of Francisco Ferrer. Pardiñas had been in correspondence with Garcia, and this correspondence was intercepted by the French police. As a result Garcia had to move to London in 1912.
In 1913 he helped organise the International Syndicalist Congress in London, held in London from 27th September to 2nd October and was responsible for writing to all Spanish-language contacts in preparation for the Congress. Together with the three Spanish delegates, as well as Tarrida Del Marmol, Pedro Vallina, and Antonio Bernardo, who represented the FORA at the Congress, he visited Kropotkin in Brighton.

In 1915 Garcia was one of the signatories of the anti-war statement, the International Anarchist Manifesto. He appears to have kept up his contact with the Spanish groups in South Wales, as contributions from the Ferrer group of Abercraf, and the Spanish group of Dowlais to the anarchist paper Freedom are recorded to have come via him in WW1 issues of the paper.

From 1920 he wrote for Solidaridad Obrera of Bilbao and for Revista Blanca up until 1925.

He died on the 24th October 1930 in London. His vast library of anarchist publications was donated to Soledad Gustavo, the mother of Federica Montseny. Part of the collection resides in the Institute of Social History in Amsterdam, the other part was lost during World War Two.

Vicente Garcia as well as being a prolific writer for the anarchist press was an author of plays for workers societies and schools, like Among The Miners and The Truth Will Triumph both from 1892. 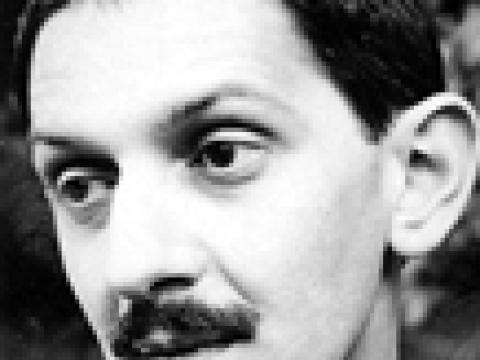 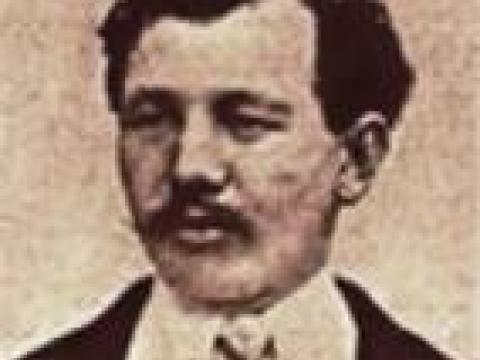