How to Participate in the FARJ?

A translation of a FARJ document explaining the process by which people seeking to get involved in the activities of the Federação Anarquista do Rio de Janeiro can do so.

It has been translated in to English as a matter of interest for groups which operate with different levels of involvement, such as that of supporters and members. Readers may also find the FARJ document on the Concentric Circles of the specific anarchist organisation relevant.

How does the structure of FARJ militants function?

The FARJ has two instances of distinct militants, defined by the logic of the concentric circles with which we work. There are the supporters and the militants of the organisation. The best way to start participating in the FARJ is by being a supporter. [To know more about the concentric circles, see our document Anarquismo Social e Organização].

What is a supporter and what do they do?

The supporter does not take part in the organisation, but has a fundamental importance. The instance in which the supporter takes part seeks to group together all of the people that have ideological affinity with the FARJ and that want to contribute in some way. The supporters are responsible for supporting the organisation in its practical work, like for example; in the editing of pamphlets, periodicals or books; in the divulging of propaganda material; in the support of the work of theoretical production or of analysis of current contexts; translations of texts and books; in the organisation of practical activities for social work: community activites, volunteers, support in our formation work, logistical activities, support in the organisation of work etc.

This instance of support is where people that have affinity with the FARJ and its work have contact with other militants, can improve their understanding of our political line, better get to know our current activities, improve their view of anarchism etc.

How can you become a supporter militant?

The process of approximation that we give preference to is always with practical work in any of our fronts. The idea is that the interested person verifies with which work they have the most affinity and, by entering into contact with the organisation, may then take part in our work and from that seek admission to the level of a supporter. That is, getting close to the organisation should occur, preferably, in the social work that is performed in our three fronts.

What are our three fronts and their work?

Urban Social Movements Front: Has been performing permanent work with the urban occupations of Rio de Janeiro since 2003, and giving continuity to the experiences we already had with the homeless movement since the 1990s. At the moment this front also encompasses the reconstruction of the Rio de Janeiro Unemployed Workers’ Movement (Movimento dos Trabalhadores Desempregados – MTD), which has existed in Rio de Janeiro since 2001 and fights for employment across the country. The MTD is regaining its strength now, re-connecting itself and forming a nucleus of people from communities and favelas for the struggle. Besides this, this front has relations with the Landless Rural Workers Movement (Movimento dos Trabalhadores Rurais Sem Terra – MST), for which it is offering political training courses in São Paulo and Rio de Janeiro. The front is also close to and organises activities with other entities and social movements like the Popular Assembly (Assembléia Popular – Rio de Janeiro) and the International Homeless Front (Frente Internacionalista dos Sem-Teto – FIST).

Community Front: It is responsible for the Social Cultural Centre of Rio de Janeiro (Centro Cultura Social do Rio de Janeiro – CCS-RJ), an open social space which we maintain in the northern zone of the city and that puts together a series of community activities from garbage recycling, courses to reinforce school teachings to poor children from the community of Morro dos Macacos and courses helping to prepare them to enter university, to theatre workshops, cultural events, and commemorations and meetings of various types. This front is also responsible for the Fábio Luz Social Library (Biblioteca Social Fábio Luz-BSFL) which has existed since 2001 and under which functions the Marques da Costa Research Nucleus (Núcleo de Pesquisa Marques da Costa-NPMC) that, founded in 2004, has the goal of producing theory for the organisation, in addition to historical research about anarchism in Rio de Janeiro. Besides this, the community front is responsible for the Ideal Peres Libertarian Study Circle (Círculo de Estudos Libertários Ideal Peres – CELIP), a public space of the FARJ that has the goal of organising talks, debates and video screenings in order to draw in those newly interested in anarchism.

Anarchism and Nature Front: Works in rural social movements and groups that work with agriculture and social ecology. It has contact with and works with the MST, the Via Campesina and spaces like the Floreal Cooperative and the Germinal Center for Food and Health. It performs teaching courses and workshops in occupations, favelas, settlements,schools and poor communities. All this with the objective of rescuing agriculture, agro-ecology, social ecology, eco-literacy and economic solidarity. In addition to articulating the creation of networks between workers of the countryside and city, it seeks to involve workers, social movements militants and students in its activities.

In order to meet an important demand we lead a “transversal’project, in which all our fronts are inserted, which is called the Popular University (Universidade Popular – RJ). This proposal was deployed, in fact, as an anti-capitalist popular education initiative,aimed at the transformation of society using the tactic of political training within social movements.

Choosing where to act, how to get closer?

Send an email to [email protected] with a brief presentation of yourself and saying in which front you would like to work. Our secretary will put you in contact with a person responsible for that front and from there contacts will be established. It is also possible to enter directly into contact with someone from our organisation. From the contact you will be directed to the work and getting closer to FARJ militants should happen in the day-to-day struggle. Getting close to you is to show your willingness to become a supporter and to give our militants the necessary orientation.

Is it possible to have supporters in other locations, outside of Rio de Janeiro?

Yes. For this you have to write to [email protected] expressing your wish to be a supporter, also with a brief presentation, and informing us that you are outside of Rio de Janeiro. Generally supporters from other locations are known to us or indicated by other supporters or militants of the organisation. Advise us if you know anyone in these conditions. We will initiate a process of correspondence and work until there can be possible meetings or sufficient exchanges of information to allow entry as a supporter. Also the criteria for acceptance of entry will be based on the work that will be done over a long period.

Is there something more to say for those who want to be a supporter?

It is important that persons who approach us and want to be with us should know our political line, which is explained in our program “Social Anarchism and Organisation”, which can be read here on our website or at www.anarkismo.net/article/10861. Basically, the person has to consider themselves to bean anarchist and advocate class-struggle social anarchism, directed towards popular struggles with the objective of revolutionary social transformation. Besides this, it is very important to have ethics, responsibility, commitment, and self-discipline.

Is there opportunity for other exact contributions?

Yes and they are always very welcome. If you want to contribute in any way, please write to us at [email protected]

How does a supporter become a member of the organisation?

This happens in the process of work and struggle. With permanent contact in the activities (of the organisation), the supporter can express their desire to join the organisation or vice versa. The process of entry is discussed collectively, and of course, as this is another level of militancy with greater responsibilities and duties in the organisation, there is more need for more commitment and levying.

How to participate sporadically in the activities that we do and get inside of what is going on in organised anarchism in Rio?

Send an email to [email protected] with the subject “Register” so that we can put you in our direct mail. Periodically you will receive news related to the social movements and activities of the FARJ, as well as our newsletter and our organ Libera in digital format. If you feel affinity with our proposal, do not hesitate to contact us!

I'm not sure. I haven't heard estimations of how many people they have. They seem to put out a lot of stuff though. At least compared to the similar groups like FAU, FAG and FASP.

Most likely it would be worth posing the question at ABC. All the English language stuff has been translated by individuals in Amanecer, Zabalaza Anarchist Communist Front, Miami Autonomy & Solidarity and Federazione dei Comunisti Anarchici i believe.

There's a longer interview here. I get the impression they're one of the larger groups in Brazil. 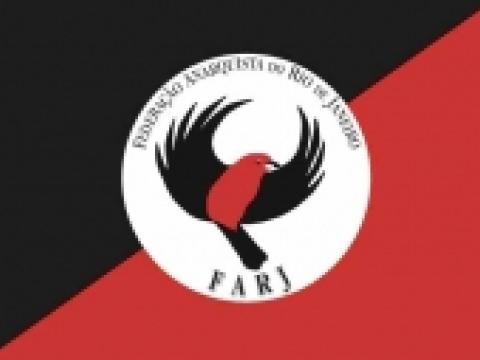 An interview with the Rio de Janeiro Anarchist Federation (FARJ). Carried out by Thierry Libertad… 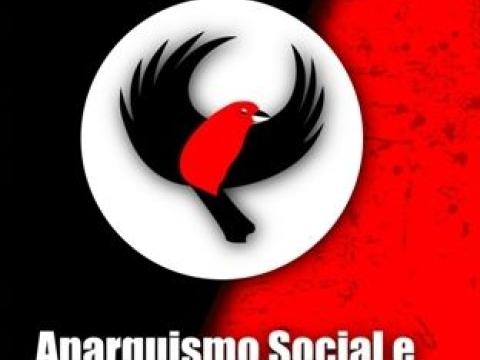