On Oct. 11-12, an international conference was held in Bratislava, Slovakia, devoted to problems in the workplace and improving organization. The first day was a public conference where different organizations presented their activity and ways of working while the second day was devoted to discussing how to improve our organizations.

On Oct. 11-12, an international conference was held in Bratislava, Slovakia, devoted to problems in the workplace and improving organization. The first day was a public conference where different organizations presented their activity and ways of working while the second day was devoted to discussing how to improve our organizations.

The public conference was entitled „Problems at Work?”. This conference was meant in part to highlight Priama Akcia's „Problems at Work” campaign, which is meant to get more people involved in workplace struggles and into contact with the organization. Representatives of four organizations gave presentations: the Most Solidarity Network from the Czech Republic, Priama Akcia from Slovakia, ZSP from Poland and Solidarity Federation from UK.

The comrade from the Most Solidarity Network presented the ideas behind that organization and told about a few cases that they solved or are currently involved in. Some interesting videos were shown. For example, they told about how they were fighting for unpaid wages at Rizkarna restaurant in Prague or about the successful campaign to get payment for a worker from Zepter. The latter was supported by Priama Akcia in Slovakia – a good example of international cooperation!

Priama Akcia presented some information about some of their successful campaigns and acts of international solidarity. The main focus of their presentation was on the current „Problems at Work” campaign, where they are encouraging workers who want to do something about their workplace problems to contact them with a view towards taking direct action. Having seen the posters around the city, two workers decided to come to the conference and speak to the comrades about their current work problems. Hopefully some good contacts and some concrete action will come out of that.

Members of the Brighton Hospitality Workers from Solidarity Federation presented their campaign in the hospitality sector in that city. They spoke about the situation of the workers, succesful conflicts and showed a video about one of the campaigns, explaining what they did and how they won the struggle.

The ZSP presented a bit about how the organization works and what kinds of methods it uses during work conflicts. They showed some videos and photos from different actions related to conflicts they won and explained a bit about why these actions were successful. They also explained a little bit about the most common workers' problems in Poland, which they are fighting against.

The second day of the conference was an internal discussion about typical problems that anarchosyndicalist or other organizations face. Besides the above-mentioned organizations, a delegate from Vienna Workers Union (WAS) took part in the discussions. A list of discussion topics were sent in advance. They included: how to earn trust of workers and build the organization, how to improve internal organizational issues such as the rotation of tasks, activating new members and geographically isolated ones, problems which can occur with mainstream and other unions which want to operate in the same area, etc. There was a lot to say about each issue, so in fact, some topics were not covered due to time limitations. The organizations involved asked each other to send opinions on the other topics, if they have any.

In general, all of the organizations involved agreed that there were a lot of interesting things to learn at the conference and such events are worth organizing and attending. Organizations from the Central European area spoke about the possibility to make different events in their countries and perhaps to try to do this on a regular basis.

At the conference there was also a chance for people working in similar jobs/ workplaces to meet each other and discuss building contacts and spreading information about the situation in their branches.

The IWA Secretariat thanks Priama Akcia for its initiative and good work organizing the conference.

Interesting, particularly as these are (said comradely) smaller organizations trying to grapple with developing an appropriate practice.

My comment to that would be that many larger organizations are filled with tiny local groups which have not developed any activity yet, so such conferences carry lots of ideas for organizations of different sizes.

I've made that same observation over the years as well. And there have also been some tiny groups that had a tremendous track record of trying to maintain a high level of activities.

A conference in Spain

An account from a member of the Swedish syndicalist union, SAC, of an 1992 anarcho-syndicalist conference in Barcelona. 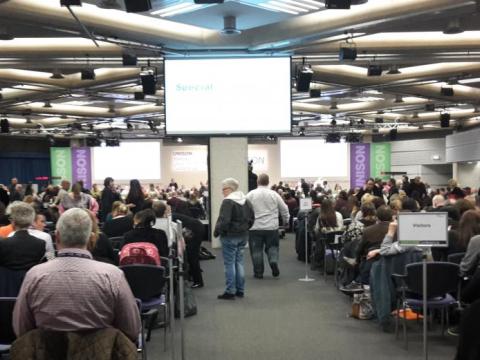 In an almost unprecedented move, rank-and-file Unison representatives in councils and schools voted in a special conference earlier today to tear…

An open letter from a member of the Malmö local of the SAC to members of the IWA about their relations as well as anarcho-syndicalism more generally. 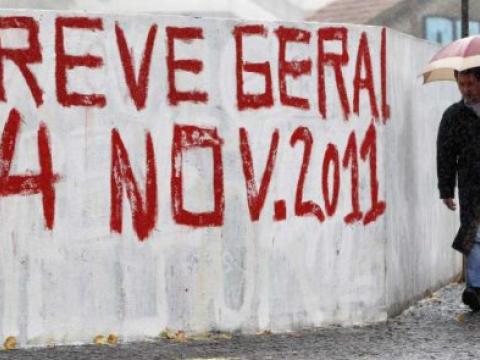