It's getting explicit - they want Asian working conditions in the UK

The Tory right, friends of chancellor George Osborne, are now arguing openly that they want Britain's living and working standards to meet Asia's.

There was something of a storm last week after it emerged that a group of Tory MPs close to George Osbourne claim in a new book that Britain has become a "nation of idlers":

The “young guns” from the new Right of the party called for a culture of “graft, risk and effort” to propel Britain into the “superleague” of nations. . .

“Too many people in Britain, we argue, prefer a lie-in to hard work,” they said. . .

“Once they enter the workplace, the British are among the worst idlers in the world,” they said. “We work among the lowest hours, we retire early and our productivity is poor.”

The economic crisis should be a “wake-up call” of the need to “rediscover the lost virtue of hard graft”.

The group, whose most prominent member is Dominic Raab, is making a claim commonly heard - there's too much employment protection in the UK, and that bosses should be free to sack "coasters" (i.e. to sack at whim). Britain's failings are, supposedly, due to the slackness of its workforce. Of course, this is empirically false. But the facts aren't getting in the way of the narrative. And the narrative is there to sell the reality - the right, but the political class more generally, want to push down living standards and working conditions in order to make Britain more "competitive" internationally.

This has been an implicit project for some time: what's really underlying the greatest decline in living standards for decades. Now Osborne's chums are making it explicit:

The MPs said that the UK had to raise its work ethic towards that of South Korea, Singapore and Hong Kong, rather than the office and factory culture in struggling European nations, or risk slipping into grim decline with falling living standards.

“Britain will never be as big as China or Brazil, but we can look forward to a new generation, ready to get to work,” the MPs said. “If we are to take advantage of these opportunities, we must get on the side of the responsible, the hard working and the brave. We must stop bailing out the reckless, avoiding all risk, and rewarding laziness.”

Additionally, they claim that British workers' leisure time is a negative thing:

Whereas Indian children aspire to be doctors or businessmen, the British are more interested in football and pop music."

The implication here being that Britain should have levels of grinding poverty and/or fear of the sack and destitution which mean you don't have time for pleasure, with Asian economies like India as the model.

This competitiveness means you work more, and get less - that the way to arrest Britain's international decline relative to emerging Asian economies (with China a likely future centre for capital accumulation) is to knock down the cost of labour for capital in the West. Immediate proposals include a hire-and-fire culture and the erosion of the minumum wage, to begin with by exempting small businesses from paying it to young workers. The welfare state should be gutted.

This is increasingly the chatter within the Tory party, and the "infinite austerity" consensus is a reality within the Labour party too, despite the bluster: we already know that there are no commitments to undo pay freezes or cuts with a labour victory, and "rising stars" like Stella Creasy are arguing for a massive, "radical" labour-led "restructuring" (read: erosion) of the welfare state.

What needs to be realised is the international pressures which are increasingly moulding the project of infinite austerity; that these are being explicitly discussed now shows how normalised it has become. The only thing that will deter this incremental slide towards, as Paul Mason has argued, meeting Chinese living standards, is the same thing that has provided upwards pressure on wages in china: strikes and collective action by workers. The capitalist class know their objectives and have a strategy. We need to respond in kind.

Its nice to be able to say "look, they are actually saying they want this".

I guess ultimately the UK will have the living conditions it fights for/deserves.

Typical conservative bullshitting at its worst.

Great article. I know Freedom newspaper was looking for submissions....

It's not really free market capitalism if it only applies to one section of society - ordinary workers, but not the top level of society - the six figure salary brigade. If the way forward is to allow open competition, let it be open for everyone, including the fat cats. "The global class war" by Faux is worth a read - how the world wide elite is manipulating a nice little future for themselves at everyone elses expense.

Unfortunately for the 'new right' around 70% of the economy is now consumption. A 'Chinese' style workforce will hardly be able to provide sufficient demand for goods and services, let alone sustain another real estate bubble. Of course, the Chinese model of slave labour only functions on the assumption of fairly well paid western consumers at the every end of the system.

There's always exports, but then every other European country is repressing wages and benefits, so that one's out the window. A devaluation of sterling? It would work for a while, but it upsets the City, so it's politically impossible.

It's the usual lament of the Labour/Tory/Lib Dem nexus: "If only we could maintain aggregate demand while repressing wages, why can't people spend without earning." In the end austerity is suicide for the banks and corporations too. So we can look forward to some additional back door stimulus. But then again, we've always had that from the polticial class!

those are some really good points, i've often considered that the way economic policy pans out in the UK is due to the political dynamics concerning the city.

what stresses me is the one leftish-liberal political economy professor at my university will say things akin to 'we must disentangle the political power the banks exercise over our political system' and have this interpreted as radical by various students, who cannot see that ultimately this is purely with the intention of providing a better running of capitalism as opposed to politically acting against capitalism.

Funny this opening analysis should turn up again just now as whilst some are currently being effectively paid not to work during the UK's current Covid crisis, there are surely pay back times planned going forward and with many of the same key senior right-wing Tories in place as previously mentioned such as Dominic Raab, Elizabeth Truss, Priti Patel and Kwasi Kwarteng.

And while I'm on Priti Patel she's doing her bit again here trying to beef up the Police's powers still more to deal with both current climate and feminist protests and those no doubt to come as class struggle hots up in the face of the next round of austerity measures. See here:
https://anarchistcommunism.org/2021/03/15/priti-patel-pulls-the-strings-of-cressida-dick-puppet/ 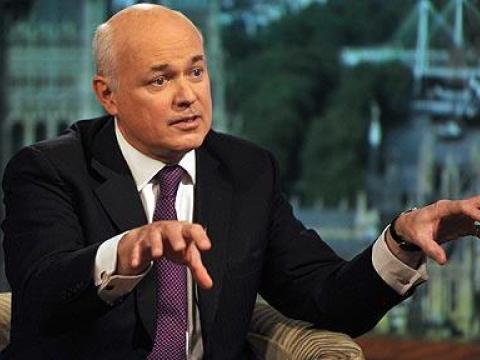 The "right to strike" in the UK comes under further attack today, as Iain Duncan Smith announces… 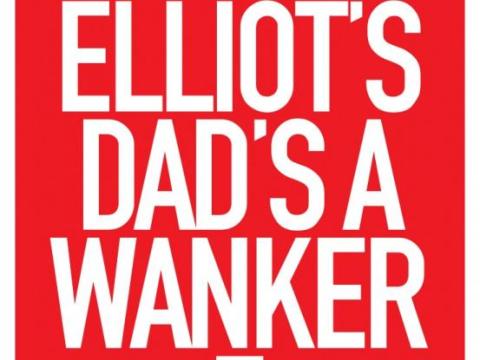 Which side are you on?

With a new wave of strikes fast approaching, workers and union officials have to decide on whose side they really are.