A short biography of French anarchist and artist Madeleine Lamberet

“An ebullient painter well into her eighties when I first met her, her porcelain skin was accentuated by a shock of beautiful white hair, impeccably coiffed in page-boy style. ..Madeleine seemed like an ageless Pan. Filled with an aesthete’s joys, she perpetually pronounced things beau and charmant in a mellifluous voice.”
In The Orchards of Nostalgia, George Makari

The younger sister of Renée Lamberet, Madeleine was born on 6th March 1908.

She started drawing at the age of 9 and took up painting when she was 14. She studied at the School o Decorative Arts in Paris, and then in the workshops of artists like Paul Signac, Vuillard and Maurice Denis. She put on her first exhibition in 1929 at the Slon D’Automne. She won several prizes, including that of the Prix Blumental, of which she received only half the money as she was a woman!!

In the 1930s she was attracted to the landscapes of the Pyrenees and explored Andorra and Spain. Here she came in contact with the Spanish anarchist movement.

As described in the libcom biography of her older sister, she made several attempts to cross the border after hearing of the Francoist rebellion. She wrote: In 1936 we were in Andorra with our family, we heard about the events of the revolution, but it was very difficult to cross into Spain. When my parents let, we tried to..cross the frontier…to Seo D’Urgell, we tried twice but were turned back. The third time, we went with nothing, in light dresses, nothing in the hands, nothing in the pockets and we managed to enter Spain…We got to Seo D’ Urgell, Renée and me, and we were welcomed above all by two militia men whose portraits I made, Carricondo and Peiret.”

Whilst Renée carried out her investigations of the collectives, Madeleine accompanied her with her sketch pad and did quick sketches of the anarchists they met like Virgilio Garrido, Francisco Giner, Bernat Pou, Baltasar Lobo and many anonymous milicianos, as well as sketches of everyday life.

She returned to Barcelona in 1937 and made many more sketches of militants at the Casa CNT-FAI. She wrote several articles for the French anarchist paper Le Libertaire and or SIA (bulletin of the International Antifascist Solidarity (SIA) on the activities of the SIA in Spain.
In 1937 Madeleine began working as teacher of drawing in the primary schools of Paris, and stayed in this job until her retirement in 1969.

With the collapse of the Republic she worked with Renée in giving support to Spanish anarchist militants interned in camps in southern France. She drew several moving scenes of what she witnessed there.

During the Nazi occupation she used her artistic skills to forge documents for comrades to survive underground, taking part in the workshop run by the Spanish anarchist Laureano Cerrada.

In 1947, Madeleine went to Spain to link up with anarchists there, in particular with Georgi Grigoriev(Balkanski). Balkanski escaped from Bulgaria the following year and got to France at the end of 1949 where he became the partner of Madeleine. Madeleine remained active in the IWA-AIT, the Union of Bulgarian Anarchists in Exile and the exile Spanish libertarian movement.

When the offices of the CNT were opened at the beginning of the 1970s at 33 Rue Des Vignoles, she contributed several of her paintings depicting scenes from the Spanish revolution, which decorated several rooms at the offices (I remember seeing them there when attending a conference of the French ORA). When the metro cleaners in the French CNT went out on a long strike she donated several of her paintings in solidarity.

When Madeleine retired she moved to the Pyrenean village of Eus with Balkanski. They lived in separate houses, for whilst they had a close relationship, they wished to maintain their independence. They had restored these houses from a ruined state. “During the 1970s, this couple became heroes to the youth of Eus who tagged along after them, memorized their protest songs, listened with rapture to their tales, and imagined Eus to be a classless commune” (Makari).

However with the collapse of the Soviet Union Balkanski yearned to go home. He had a wife there and he wished to return there. Madeleine appears to have accepted this. Balkanski’s return to his wife did not work out and he died alone in 1996.

When Renée died in 1980, Madeleine arranged the transfer of her sister’s archives to the Institute of Social History in Paris.

In June 1998 with the support of the French CNT union of communication and culture, she put on an exhibition of her Spanish drawings at the Espace Louise Michel on the slopes of Belleville in Paris.

Madeleine was diagnosed with ovarian cancer in 1997 and died in her flat inParis on 9th May 1999., like Balkanski, all alone. 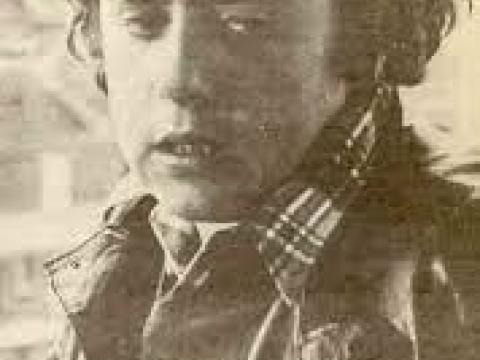 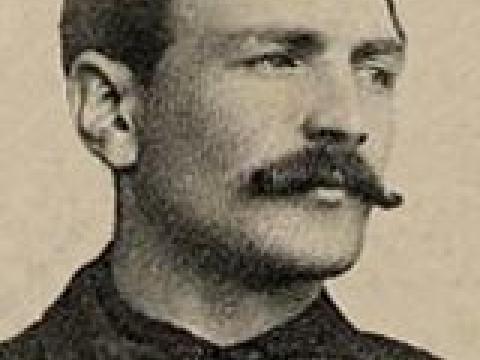 A short biography of French steel fitter Jules Sellenet, who operated under the…