Mahmood Mamdani's 'Saviours and Survivors: Darfur, politics, and the War on Terror'

Mamdani's (2009) understanding of the political dynamics of Darfur as well as his reading of the history of Darfur is informed and premised on this thesis. Mamdani writes that in the Sultanate of Darfur, the spread of Islam was due to the expansion and centralisation of the Sultanate. "In the seventeen and eighteen century, when the sultanate of Dar Fur centralised, the spread of Islam was closely associated with Arabic culture, which provided a crucial resources for both state formation and market expansion" (p. 120). Written Arabic served as an administrative language for communication among the functionaries of the centralising state, and it also offered membership in a broader Muslim community, and the possibility of 'co-opting traders and teachers from the wider Muslim world.'

O'Fahey (2006) adds that the 'founding legends' of the Funj and the Fur are premised on the notion of 'wise strangers' that bring with them the religion of Islam. Upon arrival, these 'wise strangers' intermarry with local dynasts, they claim Arab descent, and thus relate their communities to a wider Arab/Muslim world. And, whatever substratum of socio-cultural reality that lies behind these traditions gets lost in the process, writes O'Fahey. Agreeing with O'Fahey's analysis, Mamdani (2009) argues that the migration of different social groups into Darfur led to acculturation. He explains that the history of migration into Darfur involved three groups; namely: Arab nomads, West African peasant and slaves from the South.

According to Mamdani, the first significant West African migration into Darfur occurred towards the end of the 17th century. They were known as Fellata migrants, and were divided between a minority who were sedentary and a majority who were cattle-owning nomads who intermarried freely with the Baggara Arabs. Mamdani argues that although the slaves from the South came as forced migrants from diverse places, their experience of enslavement brought them together to form a single identity. They were known as the Fartit, but later became Fur. The identity transformation of 'Fartit into 'Fur' was a function of the state-forming process. This process affected two groups of Fartit - one enslaved in the Funj Sultanate and the other in the Sultanate of Darfur. Consequently, most former slaves in Funj became Arabs, whereas former slaves in Darfur mostly became Fur.

Mamdani (2009) explains that the sixteenth century marked the starting point of an 'organised and doctrinal Islamic influence' in Sudan. The people who brought Islam to Sudan were a group of Islamic holy men who subscribed to the doctrine of Sufi mysticism. Thus, in Sudan, it is the Sufis who defined local Islam; and, through Quranic schools and Mosques, Islam spread throughout the northern Sudan. Parents sent their children to Quranic schools where they spent extended periods of time learning about Islam. "Even today, Darfuris are commonly known for their dedicated recitation of the Quran" (p. 120).

The community of Muslims in Darfur came to be organised in Sufi tariqas (brotherhoods). Hence, the Quranic educational institutions that were established by the migrant religious scholars later developed into Sufi orders. Mamdani writes that the Sufi tariqas wielded considerable influence and authority over their members. The result was a quasi-secular development of two parallel institutions; namely: the sultanate and centralised religious institutions. Although the latter were autonomous institutions, they nevertheless depended on the sultanate for the allocation and protection of exclusive rights of access to land and exemption from state-enforced dues.

This is consistent with O'Fahey's (1977) analysis. According to O'Fahey, the "Fur and Islamic, the indigenous and external, dimensions were seemingly present together from the beginning, sometimes competing, sometimes complementing each other" (p. 111). He adds that due to the historical coexistence of the Fur and Islam, and because there is very little historical evidence to conclude with certainty about the origins of the sultanate, it is difficult to say when the Islamic institutions first appeared. "When we do begin to have information, from the latter half of the eighteenth century, they seem to spring forth fully-fledged, which suggests a longer ancestry than we can know" (p. 111).

O'Fahey (2008) further points out that the spread of Islam in the Sultanate of Darfur was not similar to the development of Islam in the Funj Sultanate. In Darfur, for instance, African kings did not face the loss of the 'mystical prestige' that connects the kingdom to the people as Islam became a new source of authority and legitimacy. Rather, the sultans used Islam to rationalise their authority and social privileges. In addition, they took on some of the characteristics associated with the holy men; for example, Ali Dinar consciously cultivated a public Muslim image, while Muhammad al-Husayn was noted for his piety and generosity to visiting scholars. Before his accession, 'Abd al-Rahman lived for many years as a Muslim holy man.

O'Fahey refers to this process as a top-down Islamisation of Darfur. Accompanying this process was the move from the traditional territorially-based chiefly rule to a court elite rule. Further, the needs of commerce speeded the adoption of Islamic legal practices (O'Fahey, 1977).

It is also worth noting that when 'Abd al-Rahman came to power he strengthened the Islamisation of the Keira state. Consequently, the co-existence of Fur and Islamic custom and law was no longer easily acceptable. Traditionally, the Keira state emerged around 1650 under Soloyduyo.

"By about 1700 his successors had begun to take over the non-Fur areas of Dar Fur. By about 1750 they were ruling a multi-ethnic state at the centre of a growing network of commercial contacts. As they moved out of their Fur world physically they took with them their language, which was never superseded as a spoken language at court by Arabic, and their hierarchy of Fur chiefs and quasi-religious office-holders, and it was upon this complex of ideas and practice that Islam made its impact" (O'Fahey, 1977, p. 111).

The point in all of this is that there is no historical evidence that compels one to argue that the Keira state ever existed in 'pristine form, uncontaminated by outside influence'. Darfurians themselves have always blurred their identities by changing occupations or language, or by intermarriage (O'Fahey, 2006).

It is this history that compels Mamdani (2009) to conclude that the Darfur conflict has not at any point been one between Africans and Arabs. Rather, the root of the conflict is the combination of a Sahelian drought and the disbandment of a colonial system of administration which created a power vacuum. In 1986, the drought forced a total of 384 010 people from northern Darfur to relocate to the south - 'the heartland of the Fur'. "At that same time, the Nimeiry reforms dismantled the colonial system of native administration, created a vacuum in administrative authority just as those displaced by expanding desert were rushing to settle in different parts of the south and west" (p. 235).

Consequently, this situation led the Fur to demand that 'rights of natives be honoured'; the displaced people counter-argued that what was important was not the right of tribes but those of citizens. Neither side was prepared to compromise and so a civil war ensued. The Arab tribes claimed to be victims of the Fur-sponsored drive to rid the land of Arab settlers. The Fur, in turn, began to refer to themselves as Africans, and they claimed to be under threat from Arabs. "Thus came into being a newly constructed and polarising political dichotomy: Arab versus African" (p. 233). Further, the conflict began to change in character; "its object was no longer to define the boundary between the self and the other but to question the very existence of the other" (p. 246).

So, "with no end to the conflict in sight, different ethnic groups began to establish, train, and arm militia groups, setting the stage for the latest and most destructive round of violence" (p. 249). When the conflict began again after 2003, it surged to new heights. Thousands of people lost their lives; whole villages were burned to the ground, and property was looted and plundered. The conflict grew into a war, with the insurgency spearheaded by two armed movements (the Sudan Liberation Army and the Justice and Equality Movement), while, on the other hand, the counterinsurgency was led by the government which armed the Janjawiid, explains Mamdani.

For the corporate media, this was too good a story to bother with basic historical facts. And so, instead of investigating the real causes of the conflict, the mainstream media simply perpetuated the misinformed and ahistorical analysis that this was a conflict between Arabs and Africans. This simplistic interpretation of African reality serves two ideologies; namely: colonialism and the War on Terror. It serves a colonial ideology in the sense that it sees Africa as a continent with no history; an 'unhistorical, undeveloped spirit, still involved in the conditions of mere nature' to use Hegel's words (cited in Kuykendall, 1993). This is why the reportage on African wars is more superficial than in-depth. Mamdani (2009) reminds us that there are no Africa specialists in mainstream media. This is because Africa is usually a 'learning laboratory' for novice journalists. Mamdani writes that "reporting from Africa is a low-risk job: Not only are mistakes expected and tolerated, but often they are not even noticed" (p. 19).

The 'Arab versus African' narrative serves to advance the propaganda aspect of the War on Terror in the sense that we are "... supposed to hate Arabs, and it's sort of nice to be in favour of the blacks" (Chomsky, 2009). Further, a constant focus on victims of the 'official enemy' (i.e. Arabs) helps persuade the public of enemy evil (Herman & Chomsky, 2002), while, simultaneously, rationalises the War on Terror in places such as Afghanistan and Iraq. It is in this context that Mamdani (2009) argues that the movement to Save Darfur is nothing but a humanitarian face of the War on Terror.

Mamdani's argument that the Save Darfur campaign is a public relations scam centred around mobilising the American public against an 'official enemy,' is persuasive. The evidence that he provides to substantiate his claims make the book a tour de force. Similarly, Mamdani's books illustrates how the corporate media chooses whom to portray as 'worthy victims' when reporting from Africa. It is an interesting read, indeed. More importantly, Mamdani's book is a useful study for those interested in African politics. 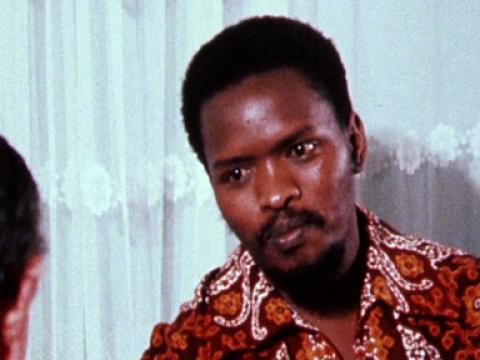 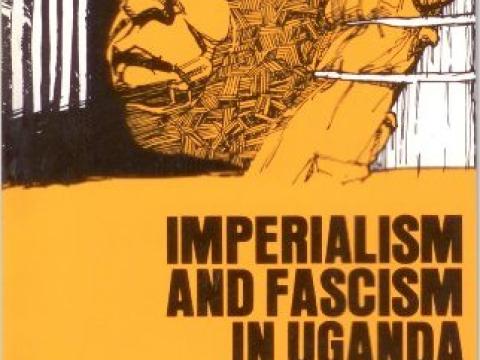 Imperialism and Fascism in Uganda

Mamdani argues that neo-colonialism means fascism for the working masses in the Third World. 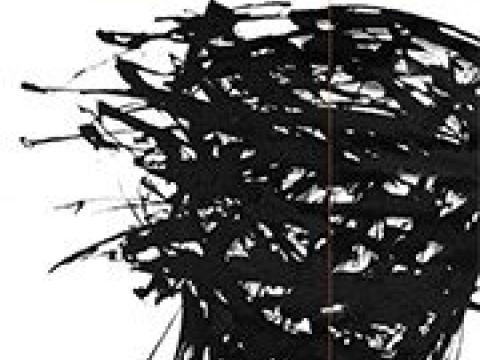 An examination of political identities in post-colonial Africa. 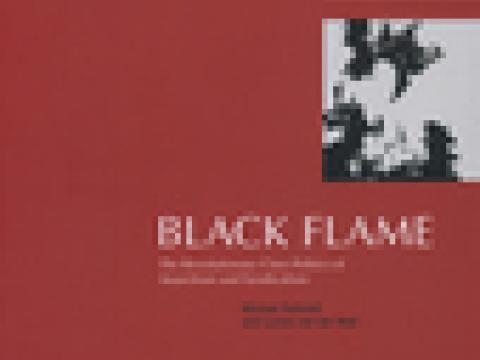 CONTENT NOTE: In 2015 it came to light that Michael Schmidt has advocated merging anarchist and white supremacist ideas both privately under his…