In these last few days, a series of protests took place in Zagreb, Croatia’s capital city. While the first two were marked by senseless violence and the emergence of Ivan Pernar, a political jester anonymous until recently, on the Croatian political scene, the third protest (held on the 28th of February) was a spontaneous expression of popular discontent. Even though it was organised by Pernar, the protest marginalised the role of its self-proclaimed “leader” and surprised many with its high level of self-organisation.

The people have many reasons to be angry. The suggested amendments to the Labour Law and the increasing flexibilisation of the labour market, increasing unemployment due to the economic crisis and the neoliberal policy of “economic revival” pursued by the government, are but a few of these reasons. Many workplaces have closed down for good, cases such as Kamensko, Jadrankamen, Uzor, HORA and Elektromaterijal have become a common sight. More and more workers are losing their jobs and can’t provide even the most basic necessities for their families, while our political elites (both the ruling and the opposition) continue to whine about how important it is to join the EU. For them, joining the EU is “a sacred mission”, one that is more important than the people and their discontent.

Bringing down the current government (run by the Croatian Democratic Union) seems to be the main goal of these protests. But we have to ask ourselves – what comes after that? Early elections and a new government, most likely a coalition government formed by the Social Democratic Party. the Croatian People’s Party and a few smaller political parties, which, in reality, won’t change a thing. Further liberalisation and cutting worker rights are also a part of their plans for economic revival and joining the EU is also one of their main goals. Some of the leading figures in this coalition have clearly shown in their last mandate that they represent the interests of capital and not the people.

The lack of a proper reaction from the union bureaucrats once again shows how closely they are tied to the government and the bosses. “Nothing can be solved in the street,” said union leader Krešimir Sever. Where does a proper union fight its battles, if not in the streets and workplaces?! And wasn’t he the one who, along with his unionist buddies, Ribić and Matijašević, betrayed more than 800 000 people who signed the petition against the suggested amendments to the Labour Law? They should be calling for a general strike, rather than kissing up to the government just so they could keep their privileged positions! We believe that it is more than obvious that our problems won’t be solved by politicians (both in the government and in the opposition) and the mainstream unions. Our problems can only be solved once we take matters into our own hands.

MASA (The Network of Anarcho-Syndicalists) supports the people in their struggle, but we also believe that bringing down the current government shouldn’t be our only goal. Workers, students, farmers and other oppressed groups should use this wave of social unrest as a means of uniting in a common struggle. This struggle should be based on direct democracy and the principles recently expressed through the international student movement, and then taken to our workplaces. Then, and only then, will we be able to talk about changing the current system.

Organise – we are stronger when united!

I posted to quickly so I made few mistakes. I hope that admins will fix them asap :D 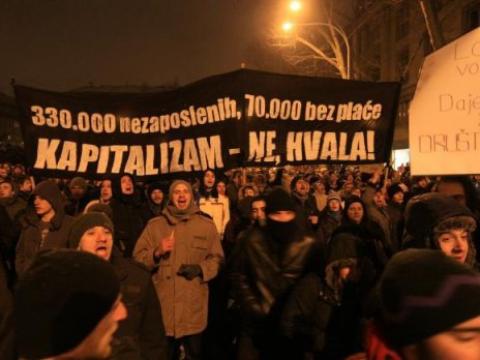 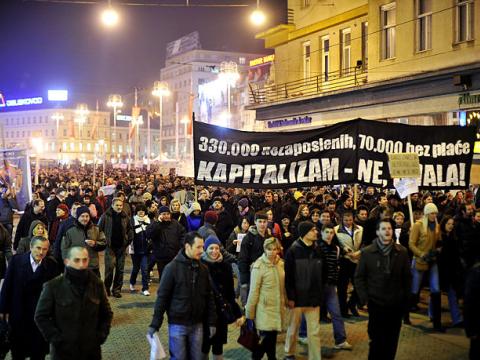 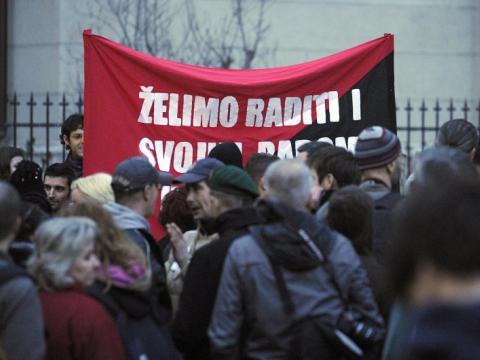 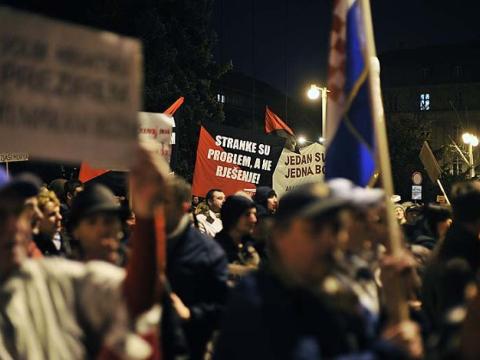