‘At one end of this alley of a million words, in the shade of a huge plane tree, the London Anarchist Group tries to persuade an attentive audience that governments would make fewer mistakes if they didn't exist at all……Their meetings, especially when Miss Rita Milton, an attractive Scottish lass, is on the platform, are among the most orderly, the most sweetly reasonable, of any in Hyde Park. "This isn't a Tory meeting," says Miss Milton with her musical burr. "This is an Anarrrchist meeting and we'rrre all verrry courrrteous.’ From Hyde Park: The Lungs of London, in the book It Takes All Kinds, Robert Littell, 1953.

'My own companion for nine years, Rita Milton, developed quickly into an effective speaker. Her sharp and aggressive tongue and her jutting chin made up for her diminutive stature and made her more than a match for any heckler.’ Philip Sansom

Born in the middle class district of Kelvinside in Glasgow on 31st May 1924, Rita was the daughter of Alexander Inglis Milton, a left Scots nationalist who was curator of Annan Burgh museum and editor of the New Scot (1945-1959) one of the Scottish ‘reconstruction’ journals that emerged after the Second World War.one of her three older brothers fought in Spain in 1936.

She became a shop assistant at the age of 17, before being conscripted into the Women’s Land Army during World War Two.

In 1945 she started working with her father in Glasgow at the New Scot, journal of the Scottish Reconstruction Committee. Its offices were located above the Cockburn pub, in Campbell Street and here she met the anarchist Eddie Shaw and was impressed by his oratory. She began to attend meetings of the Glasgow Anarchists where she acted as chairperson. These meetings took place on Sunday evenings and attracted hundreds of people (the pubs were closed on Sunday in Scotland and there was no television then). Here she heard speeches by the likes of Jimmy Raeside, Jimmy Dick, Frank Leech and Eddie Shaw.

"I came to London in 1946 to attend what I believe was the first post-war Anarchist Summer School.... I stayed at Burgess Hill School with Tony and Betty Gibson...Here I met Philip Sansom who later introduced me to the Freedom Press Group... I was the first anarchist to speak to millions on television. I got a lot of letters and it was a bit of fun, but we knew that any immediate propaganda value would be lost when the next programme was switched on".

The television appearance Rita refers to here was a debate in 1952 with the Marriage Guidance Council, where she used her wit and sarcasm to defeat these puritanical bigots.

Rita established a relationship with Philip Sansom, another of the speakers at Hyde Park. Philip was then an editor of War Commentary which soon changed its name to Freedom. She worked with him at Express Printers which was owned by Freedom Press. She worked for two of Express Printers customers, as editor of Sewing Machine Times and as production editor of The Journal of Sex Education.

As a redoubtable orator Rita spoke at the Hyde Park and Tower Hill pitches. She was one of the leading lights in the returning confidence of British anarchism in reaching out and spreading anarchist ideas as for example at the May 1st public meeting put on by the London Anarchist Group in 1951 at Holborn Town Hall on Internationalism and War where she spoke alongside Jack Rubin, Mat Kavanagh and Philip Sansom. She was also one of those who drew up a list of debating societies in London and arranged debates on anarchism with them.

She was one of the founders of the Malatesta Club in 1954( see an account of the Club here at libcom). Here she met another anarchist, Hew Warburg, son of Fredric Warburg of the publishers Secker and Warburg. For some time the three shared a house, until Philip moved out in an amicable arrangement. When the son of Rita and Hew, John, reached the age of fifteen, they married so that Rita could receive the benefits of a legally married widow, Hew had been unwell for some time and died in 1983.

Later Rita’s own health took a turn for the worse, though she continued to subscribe to Freedom and to support it financially. Towards the end of her life she had a stroke which deprived her of the ability to read. She decided to end her life by refusing food and died on December 17th 2011. 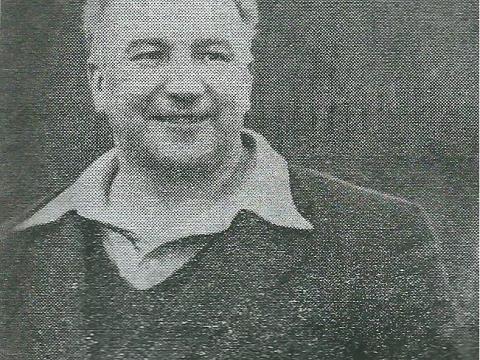 A short biography of Frank Leech, anarchist active in Glasgow for more than 30 years 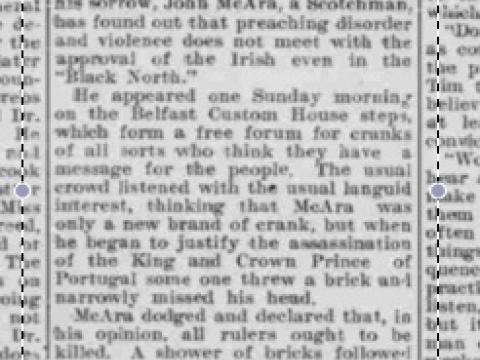