Maria Mombiola was born on 3rd March 1914 in Saragossa, Spain. With the victory of fascist General Franco after the Spanish Civil War, Maria was separated from her daughter when she was interned in the French concentration camp in the Tarn region.

She managed to escape from there, joining her compañero Angel in the Maquis (rural Resistance). Angel was killed in August 1944 in the Haute Garonne, machine-gunned with 3 other members of the Spanish anarcho-syndicalist union, the CNT, when he attempted to blow up a bridge near Ondes.

With the Liberation Maria moved to Toulouse and continued the struggle against Franco alongside people like Francisco Sabate Llopart, or “El Quico” as he was known, working with the Libertarian Youth (FIJL), the AIT (International Workers Association), the CNT and groups of autonomous action, (like the Pallarés Action Group or Los Queros Guerrillas) and with the archives centre CRAS of which she was elected life president.

She gave tremendous support to the young militants of the Iberian Libertarian Movement (MIL) the International Revolutionary Action Groups (GARI), to those who had just come out of prison for their activities, and to fugitives. The door was always open to social rebels at her house.

She died on 19th February 2000 and her ashes were thrown into the river Garonne to eventually go to the sea, as was her wish. 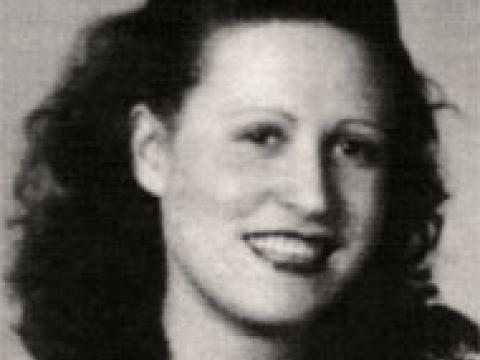