Mwalimu Nyerere and the challenge of human rights

Article from Pambuzuka which examines Nyerere's record on human rights. While the article is generally pro-Nyerere it details some of the contradictions of Tanzania's post-colonial record, particularly the maintenance of pre-colonial Penal and deportation codes.

Helen Kijo-Bisimba and Chris Maina Peter review the highly complex position that Mwalimu Nyerere had on human rights. On the one hand, they write, there “is Mwalimu the individual – a God fearing and religious family person who respects and champions rights of all people”. Yet on the other there is “Mwalimu – the President of the United Republic – signing a few death warrants, detaining people in custody without trial” and “deporting citizens of Tanzania from one part of the country to another”. This apparent complexity, they assert, had to do with his belief that “the community was far more important than the individual” and thus an “individual could be sacrificed but not the community.” Kijo-Bisimba and Peter thus conclude: “Whatever Mwalimu did that could be interpreted as violating human rights can always be explained in wider benefits to the community.”

It is not easy to write about Mwalimu Nyerere and human rights without sounding and looking rather confused and ridiculous. This is because Mwalimu’s position is highly complex. Here one is confronted by two quite different personalities. There is Mwalimu the individual – a God fearing and religious family person who respects and champions rights of all people. Then there is the other Mwalimu – the President of the United Republic – signing a few death warrants, detaining people in custody without trial applying the 1962 Preventive Detention Act and also deporting citizens of Tanzania from one part of the country to another by invoking an old colonial law – the Deportation Ordinance of 1938.

It is also true that some of the negative aspects of Mwalimu’s time in office are underplayed because by all standards he was the best president that Tanzania has ever had and may be will ever have. He set such high standards that all his successors look like dwarfs before the performance of the master.

Mwalimu was a patriot. He considered himself first as an African and then secondly as Tanzanian. He valued the general and not the particular. For him, the general was the community and the particular the individual. In his opinion, the community was far more important than the individual. The individual could be sacrificed but not the community. It is this philosophical position which was clearly reflected in his position on human rights. This was both at individual level as Mwalimu Julius Nyerere or as Head of State. What is important was the fact that he was never wavering! He said what he believed in and practised the same.

As an individual, Mwalimu was deeply religious. This made him a moderate person. He had enormous powers in a newly independent state. The majority of the people were ignorant but he never at any point in time attempted to take advantage of them and of the high office he occupied. He worried about them and their future throughout his tenure as the Head of State.

One of the strongest beliefs which guided him in his work and in his interaction with other people was equality of all human beings. This belief runs through all his writings, speeches and arguments. It was the cardinal rule in the Constitution of the Tanganyika African National Union (TANU) – the nationalist party he with others established in 1954 and which led the country to independence in 1961. The same sentiments about equality of all human beings is to be found in the Arusha Declaration of 1967 and the policies that followed on agriculture, education etc. It is also this deep belief in equality of human beings that guided Mwalimu in his approach to human rights.

The people and the Government of the United Republic are aiming to build a just society of free and equal citizens, who live in healthy conditions, who control their own destiny, and who co-operate together and with other people in a spirit of human brotherhood for mutual benefit. This is the goal. [Nyerere – Freedom and Unity, Dar- es- Salaam, Oxford University Press, 1966, p. 311]

THE INDIVIDUAL VERSUS THE COMMUNITY

Much as Mwalimu loved human beings and wanted them to be treated equally and without any discrimination, he did not do that blindly. He was guided by the need to give priority to the community against the individual. Therefore, unlike most of the western thinkers and philosophers in the human rights field who gave priority to individual rights, Mwalimu relegated them to a lower level. For him, the rights of the majority – the community and their rights were his priority and not the individual.

It is therefore not surprising that when the Heads of State and Government of the Organisation of African Unity (OAU) decided to establish a human rights regime, Mwalimu’s influence could not be missed. In the human rights document adopted in Nairobi in 1981 – the African Charter on Human and Peoples’ Rights community rights, in the form of peoples’ rights, were adopted for the first time in an international treaty. The rights falling in this category included the right to peace, the right to self-determination, the right to a clean and satisfactory environment etc.

VIOLATIONS OF RIGHTS UNDER MWALIMU’S RULE IN TANZANIA

Notwithstanding the fact that Mwalimu was highly religious, loved the people and so on, still fingers are always pointed by the many incidents of violation of human rights in Tanzania during his reign as Head of State.

Apart from rejecting a Bill of Rights which could have guaranteed most of the fundamental rights and freedoms to the individual, it is also pointed that Mwalimu supported the extension and use of some of the oppressive colonial laws and allowed the enactment of new laws which also curtailed freedoms and rights and individuals.

Among the colonial legislation which were allowed to continue in use include the Penal Code of 1945; Collective Punishment Ordinance, 1921; the Townships (Removal of Undesirable Persons) Ordinance, 1944; and the Deportation Ordinance of 1938 which allowed the Head of State to deport citizens from one part of the country to another. This law was to be declared unconstitutional by the High Court of Tanzania in the case of Chumchua s/o Marwa v. Officer i/c Musoma Prison and Another in 1988. Controversial legislation enacted by the government with Mwalimu at the helm include the Preventive Detention Act, 1962 which allowed detention without due process and discussed at length in the case of Ahmed Janmohamed Dhirani v. Republic (1979); Regions and Regional Commissioners Act, 1962 and Areas and Area Commissioners Act, 1962 which allowed these two important representatives of the government in the regions to curtail the freedoms of the individual for specific periods also without due process.

It is also pointed out that apart from legislation, Mwalimu and his ruling party declared a one-party rule and thus curtailing the right of the people to organise, to form and join political parties of their own choice. It is not only political parties which were curtailed but also civil society organisations were also organised around the party and mass organisations under the party. These were for workers, women, youth, parents and co-operatives. It is argued that if Mwalimu was a democrat, then why did he block all routes to freedoms of the people?

Another issue on which Mwalimu is blamed on and indicated as a clear violation of rights of the people was the villagisation programme of 1970s. This programme involved moving thousands of citizens around the country into over 10,000 villages established around the country.

EVALUATING MWALIMU IN LIGHT OF PROMOTION AND PROTECTION OF HUMAN RIGHTS

It is important to concede that all the complaints made against Mwalimu are valid. That is to say, these events did take place and they are not fabrications. However, they have explanations. They are not actions of a dictator wanting to oppress his people in order to stay in power by all means – as is the case in most states in the continent.

It is almost impossible to indicate any personal gain or interest in anything which Mwalimu did. It is the interests of the wider community which guided Mwalimu always in his decisions and actions. At times, when the wider interests of the community and those of the individual clashed – Mwalimu made his choice and definitely there were complaints.

At times, Mwalimu agonised to explain. For instance, trying to justify the existence of detention without trial through the Preventive Detention Act, 1962, Mwalimu said:

Take the question of detention without trial. This is a desperately serious matter. It means that you are imprisoning a man when he has not broken any written law, or when you cannot be sure of proving beyond reasonable doubt that he has done so. You are restricting his liberty, making him suffer materially and spiritually, for what you believe he intends to do, or is trying to do, or for what you believe he has done. Few things are more dangerous to the freedom of a society than that. For freedom is indivisible, and with such opportunity open to the Government of the day, the freedom of every citizen is reduced. To suspend the Rule of Law under any circumstances is to leave open the possibility of the grossest injustices being perpetrated. [Nyerere – Freedom and Unity, Dar es Salaam, Oxford University Press, 1966, p. 312]

Mwalimu then goes on to justify the use of this harsh law so that a handful of individuals are not allowed to put the nation in jeopardy and reduce to ashes the effort of millions. He further adds that “it becomes a question of emphasis and priorities”. This statement by Mwalimu summarises his position on individual versus the wider community.

Mwalimu thought and exercised women’s rights long before many women’s rights activists began to campaign on those rights. In some of his written work Mwalimu was of the view that women have to enjoy rights like fellow citizens and for the development of the country women have to be given a chance to exercise their rights. On the issue of education for all Mwalimu made a strong insistence on giving girls a chance to be educated.

Interestingly, in retirement Mwalimu became almost like an activist. He criticised the government of the days for actions he seemed to do at ease during his time as President. It would seem that retirement gave the former President time to reflect of many issues he had been taking for granted while in Office. Also, Mwalimu, unlike many of his contemporaries, studied carefully the signs and the mood of the times.

It is therefore not surprising that Mwalimu was the force behind the re-introduction of the multi-party political system in Tanzania in 1992 which came following the recommendations of the Nyalali Commission. Also, supporting the decision of the High Court of Tanzania in the case of Rev. Christopher Mtikila on the role of the independent candidate in elections in Tanzania, Mwalimu spiritedly argued for the country to allow people who were not necessarily supported by political parties to stand for elections. Unfortunately, to date, the ruling party has blocked this avenue for accessing public office.

There is no doubt that Mwalimu Nyerere and human rights will remain a controversial topic for ages. However, those wanting to study this topic further, two issues are important. Firstly, appreciating Mwalimu’s strong and unwavering position on equality of all human beings as his guiding principle; and secondly, the clear distinction between the individual and the community.
Mwalimu loved the community – the general as opposed to the individual. Whatever Mwalimu did that could be interpreted as violating human rights can always be explained in wider benefits to the community. Also, gratifying is the fact that later in life, Mwalimu was honest to concede and acknowledge mistakes and make good of them. Few human beings are capable of doing that! 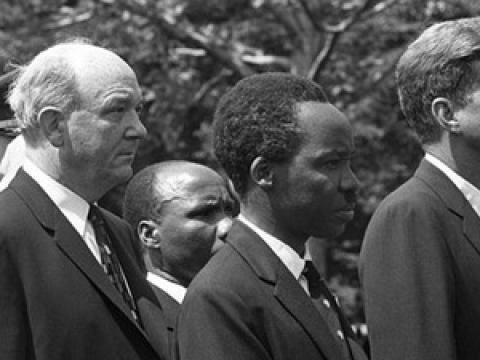 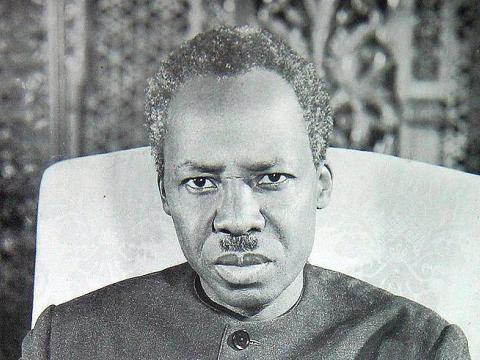 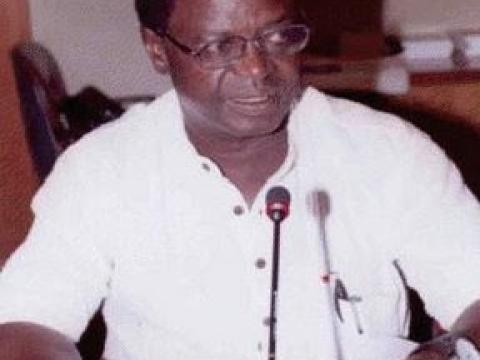 The Rise and Fall and Insurrection of Trade Unionism in Tanzania 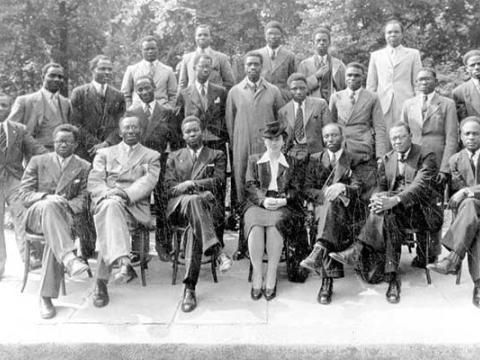