Review by Arab feminist Magida Salman of Nawal el-Saadawi's 'The Hidden Face of Eve', criticising its tendency to minimise women's oppression in the Arab world as part of her reaction to the deficiencies of Western feminist analysis on Thirld World women.

The books of Nawal Saadawi, which began to appear in Beirut in 1974, were a revelation to many Arab intellectuals, women and men, who were unacquainted with post-1968 feminist literature. In such works as Al-Mar’a wal-Jins, Al-Untha hiya al-Asl, and Al-Mar’a wal-Sira’ al-­Nafsi, she courageously broached taboo problems she had come to know intimately through her experience as a physician and psychiatrist practising in the Egyptian countryside and cities. Saadawi portrayed the misery of Arab women frankly and without frills. Not a few Arab women, and men too, were moved by her accounts and analyses of vir­ginity, frigidity and clitorectomy, of machismo and the pressures it brings to bear on men.

In her Arabic writings, Saadawi tried as far as possible to avoid any confrontation with Islam and religion. When she did mention the subject, it was only to note that men had always interpreted religion in their own interest, or that religion should not be permitted to interfere with the sciences.

For her first work to appear in English, however, Saadawi has written an introduction for the English-speaking public. The effects of her attempt to address this new audience are not only reflected in the positions taken by the author; they actually offer us a new Nawal Saadawi: an Arab feminist who has fallen into the deep trap of nation­alist justification and defensive reactions designed to prettify reality for the benefit of critical ‘foreigners’.

Saadawi considers herself a socialist, and her class terminology reflects this. But the content of her analysis cedes too facilely to nationalist reflexes, the effect of which is to concoct a contradictory mix of modernism and allegiance to Arab-Islamic ideals. Manifestly influenced by the Iranian revolution, Saadawi alleges that Islam has sometimes been used by imperialism and the CIA:

‘Any ambiguity in Islamic teachings, any mistake by an Islamic leader, any misinterpreta­tion of Islamic principles, any reactionary measure or policy by Islamic rulers can be grist for the mill of imperialist conspiracy, can be inspired by CIA provocation, can be blown up and emphasised by Western propaganda.’ (Introduction, p. vi).

On the other hand, she argues, Islam can also serve the interests of the exploited masses:

‘The last two decades have seen a vigorous revival in the political and social movements of Islamic inspiration… The movements aiming at cultural emancipation, independence and identity run parallel to and intertwine with the political and economic struggles waged by the people of underdeveloped countries’ (ibid, p v).

In this Saadawi has failed to go an inch beyond the Arab-Muslim nationalism of the Nasserites, Ba’thists, and their ilk, whose anti­-imperialism never transcended the narrow bounds of a struggle against the Muslim Brotherhood on the one hand and the utilisation of Islam as the emblem of national and cultural identity on the other. ‘Don’t wash dirty linen in public’. ‘First let’s get rid of imperialism’. Such, unfortunately, is the ultimate consequence of the position of Nawal Saadawi, who holds that all women’s struggles must be subordinated to the battle for national liberation.

‘The feminist movements in the West’, she writes, ‘which are devot­ing great efforts to the cause of women everywhere, are beginning to understand the specific aspects of the situation in underdeveloped countries which have to be taken into account by the women’s libera­tion movements. For although there are certain characteristics common to these movements all over the world, fundamental differences are inevitable when we are dealing with different stages of economic social and political development’.

This may be true enough as far as it goes, but from it Saadawi concludes that in ‘underdeveloped countries, liberation from foreign domination often still remains the crucial issue and influences the content and forms of struggle in other areas, including that of women’s status and role in society. Cultural differences between the Western capitalist societies and Arab Islamic countries are also of importance. If all this is not taken into account and studied with care, enthusiasm and the spirit of solidarity on its own may lead feminist movements to taking a stand that is against the interests of the liberation movements in the East, and therefore also harmful to the struggle for women’s emancipation. This perhaps explains the fact that progressive circles among Iranian women adopted a somewhat neutral attitude to some American feminist figures who rushed to Iran in defence of their sisters against the reactionary male chauvinist regime that was threatening to imprison women behind the black folds of the chador’ (ibid, p ix).

It is possible that Saadawi fails to realise that her position here differs not one whit from that of any nationalist for whom the question of imperialism has been so mythicised as to be emptied of all content. ‘It is necessary’, she writes, ‘to understand that the most important struggle that faces women in the Arab-Islamic countries is not that of “free thought” versus “belief in religion”, nor “feminist rights” (as understood sometimes in the West) in opposition to “male chauvinism”, nor does it aim at some of the superficial aspects of modernisation characteristic of the developed world and the affluent society… In its essence, the struggle which is now fought seeks to ensure that the Arab people… rid themselves once and for all of the control and domination exercised by foreign capitalist interest’.

National liberation is thus seen as end in itself of no definite social content – conceived, moreover, from an anti-internationalist point of view. Saadawi effectively rejects the solidarity of western feminists, which amounts to abandoning the women struggling against Islamic obscurantism in Iran to a lonely confrontation with vast forces of fana­ticism. This attitude leads Saadawi quite far afield – indeed, it impels her to cross the thin line between militant nationalism and justification, or at the very least minimisation, of the atrocities committed in her own society, whenever these outrages are denounced by ‘outsiders’. Although the first chapter of The Hidden Face of Eve describes the physical torture and psychological trauma suffered by the author herself when she was excised at the age of six, a torment whose conse­quences ‘will afflict her sexual life’, in her English introduction Saadawi declares:

This defensive position entraps Saadawi in paralysing contradic­tions. She herself remarks that ‘to this very day, an Egyptian woman with work and a career, even if she be a minister, is still governed by the law of obedience consecrated in the Egyptian marriage code… The Man’s absolute right to divorce in Arab-Islamic countries, to marriage with more than one wife, and to a legalised licentiousness all negate any real security and stability for children and destroy the very essences of true family life’ (ibid, p xiii). But it is exactly the Islamic law on family life, decreed and applied by the prophet Muhammad himself, that Saadawi cites while not daring to question belief in this prophet and the institutions he created.

‘For Islam in its essence, in its fundamental teachings, in its birth and development under the leader­ship of Muhammad, was a call to liberate the slave, a call to social equality and public ownership of wealth in its earliest form… But primitive socialism in Islam did not last long. It was soon buried under the growing prosperity of the new classes that arose and thrived after Muhammad’s death’ (ibid, p iii). from her defence of the prophet and his institutions, Saadawi moves to glorification of the Iranian Islamic revolution: ‘The Iranian revolution of today, therefore, is a natural heritage of the historical struggle for freedom and social equality among Arab people, who have continued to fight under the banner of Islam and to draw their inspiration from the teachings of the Koran and the prophet Muhammad’ (ibid, p iv).

‘The revolution in Iran, therefore, is in its essence political and “economic”. It is a popular explosion which seeks to emancipate the people of Iran, men and women, and not to send women back to the prison of the veil, the kitchen and the bedroom’ (ibid, p iii).

The least one can say is that the facts unfortunately contradict Saadawi and her interpretation of Islam.

Saadawi criticises western feminists who isolate the problems of women from the political and economic situation. But Saadawi heads for another precipice, one that would cast into the abyss the very Arab women she has taught so much. It is the precipice of a nationalist defensiveness that ultimately minimises the injustices of Arab society and denies all authentic reality to the struggle the author herself strives to serve. 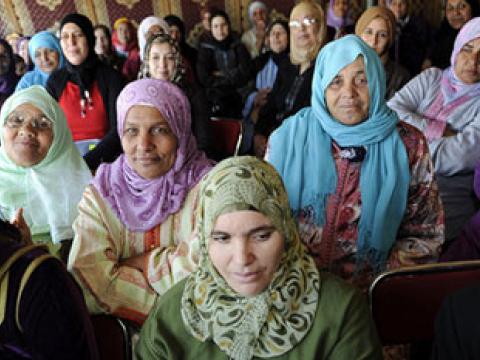 Is it a lapse into impressionism to 'lend great importance to the weight of Islam' in considering the roots of the oppression of Arab women?… 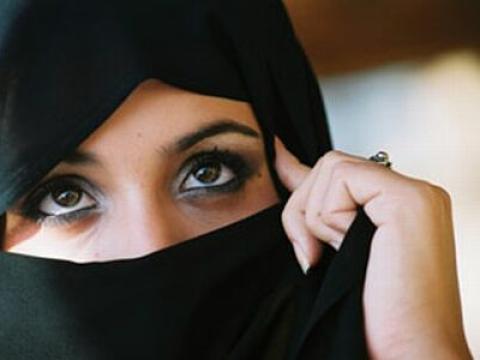 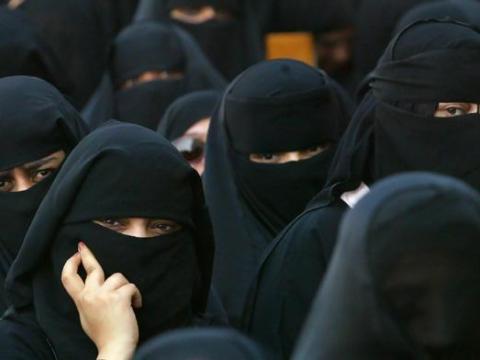 An old university essay by 'xslavearcx' on the question of different readings of the Qur'an in regards to gender issues. 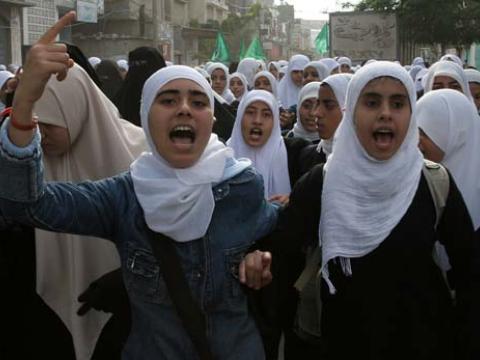 The Arab woman: a threatening body, a captive being - Magida Salman

Article by Lebanese feminist Magida Salman looking at the position of women in Arab societies.