Workers at the supply agency NHS Logistics have walked out on a symbolic one-day strike to protest the planned privatisation of the logistics service, in the first national NHS strike for 18 years.

NHS Logistics is due to be sold to the transport company DHL at the beginning of October, and little more action is planned except potential further one-day strikes. According to Unison, other public-sector workers including fire-fighters and nurses have been visiting the pickets to show solidarity. However, Unison’s head of health Karen Jennings said: "what we're very clearly trying to say to the government is let's go back to partnership, let's go back to talking, let's get a consensus.” It could be said that it is this very “partnership” between the union and the employer (the government) that has allowed the privatisation plan to get this far unopposed in the first place.

The only other action planned is a further symbolic one-day strike on the 26th of September, while Unison have now abandoned plans to seek a judicial review of the privatisation scheme after being advised it would probably fail. Health Minister Andy Burnham promises that pay and conditions, including pensions, will be maintained for existing staff ‘for the duration of the deal’, but given the fact the deal is a matter for the government and DHL bosses, and government’s reputation for keeping promises, this offers little reassurance to staff when the stated aim of the privatisation is to cut costs. 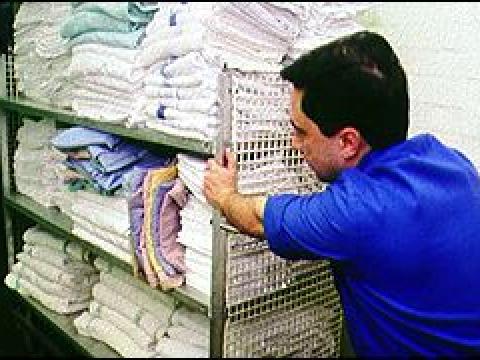