An Open Letter of a Part-Time Instructor from PUP

A disgruntled worker formally employed at a state university writes an open letter detailing the absurdity of unpaid labor they were forced to do.

A submitted open letter by Jose Mario De Vega with a foreword and afterword by Simoun Magsalin.

Bandilang Itim received this open letter from a former part-time instructor from the Polytechnic University of the Philippines (PUP), a state university.

President Rodrigo Duterte ran on the platform to end contractualization yet contractualization remains the norm both in private and public workplaces. Rather than banning contractualization, the state instead institutionalized it in the private sector while doing the bare minimum to curb the practice in the public sector. Two years ago in 2018, there are approximately 2.4 million government workers of which 27 percent of these are contractual workers. De Vega’s open letter is one account of the experience of being a contractual worker in a state university.

In the open letter, De Vega details the absurdities in being a contractual worker in a state university. Contractual workers essentially have the same responsibilities and tasks as regular workers but are denied tenure and benefits like GSIS (high interest state pension). Additionally, part-time instructors are expected to perform free labor on university projects in which their superiors earn bonuses while the part-time instructors get nothing in return.

After the open letter, we will return to this discussion of contractualization in the public sector and some strategies to combat it.

An Open Letter of a Part-Time Instructor from PUP

I am compelled both my indignation and academic duty to write to your newspaper to bring into your attention the grave injustices, the discrimination and the rampant exploitation of intellectual labor being systematically committed and still being practiced up to this very day by the university where I formerly taught.

My name is Jose Mario D. De Vega, an ex-faculty member of the Department of Philosophy and Humanities of the College of Arts and Letters of the Polytechnic University of the Philippines (PUP). For the record, I’ve been teaching at the said school since 2012 with a brief service interruption from 2014 up to 2016 due to the political power-play within, which is so bloody toxic.

As a part-time instructor, based on the law of the land, I am a contractual employee. Hence, I do not enjoy any of the rights and privileges of a regular government employee.

As a part-timer, the administration of PUP are exploiting and discriminating us. How? Please do allow me to explain even in brief their unscrupulous and hideous evil scheme.

As contractuals, we asked us to prepare and deliver presentations which has no honorarium whatsoever, they asked us to participate to the school activities beyond our time, with no compensation. They even used and utilized all our academic files, intellectual achievements and the whole of our academic dossiers for their so-called accreditation.

Later, they will used the result which comes from our accomplishments and achievements for their report which will be the basis of their performance bonus.

The regulars will have it, while we, the contractuals, which are one who contributed a lot for the said accomplishment report will not even get even a single centavo.

During the whole course of this pandemic, which is still on-going, we contractuals did not even received even a single peso from our school, as a form of “ayuda,” “abuloy,” “donasyon,” “limos” or whatever!

The reason? We are not regular, we are contractual. Yet, it did not stop them last May 30th to issue a memo which requires faculties to prepare and create teaching materials in preparation to the so-called blended/on-line/virtual learning under the “new normal.”

This is unjust, discriminatory and utterly unfair. When it comes to salaries, benefits and privileges, we contractuals are excluded, but when it comes to other added tasks and extra labor — which has no compensation nor allowances — why the hell we are included?

This is precisely the reason why I decided to leave that so-called “people’s university” for the second time in my life. I can no longer tolerate their nefarious and insidious evil practices.

When it comes to salaries, benefits and privileges, we contractuals are excluded, but when it comes to other added tasks and extra labor — which has no compensation nor allowances, why the hell we are included? 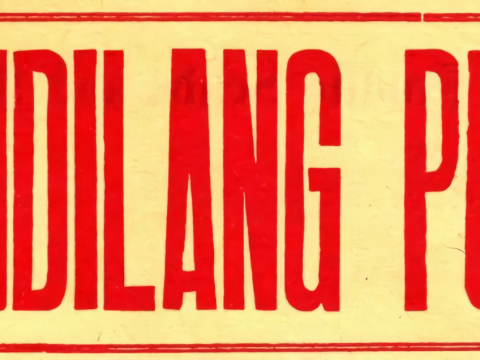 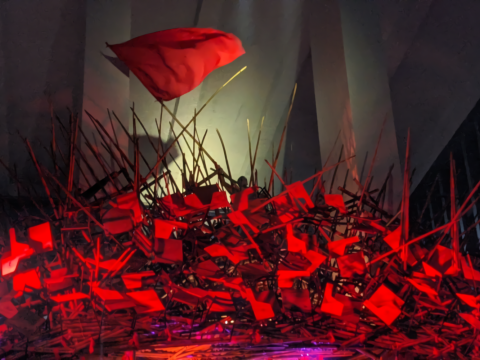 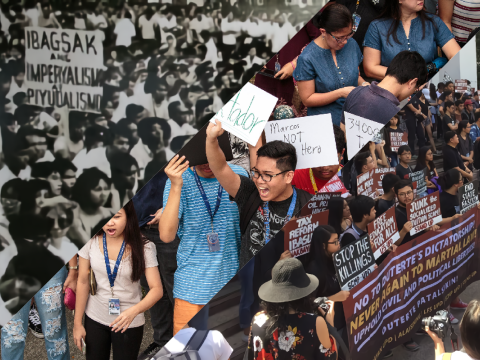 On the student strikes against the Duterte administration in the Philippines. 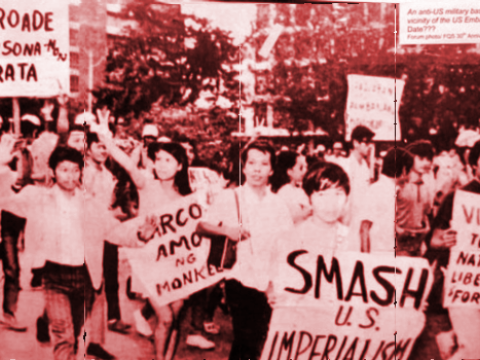