Our men and women in Havana (are requesting good, published material)

It may seem quite modest to us, but some historical events have taken place in the "socialist paradise" of Cuba, demonstrating positive moves towards the ressucitation of independent, base-level social and workers' movements. Having hosted a long weekend of discussions and workshops, companeros in Havana are expected to open a library in the next couple of days - and they need your help!

The three-day event was named Observatorio Crítico de Cuba, and was hosted by the Cátedra Haydeé Santamaría. Although it was small in stature, with around 200 people attending in total, the assembled were quick to note that the fact that folk had arrived from all corners of the island - battling the torrid (at times, borderline non-existent) public transport - was a real achievement in itself. Another obstacle which had to be overcome was the castrista regime's restrictive laws on political activity, requiring a certain level of euphemism on the part of the forum's participants (indeed, censorship was one of the issues discussed).

And, sure enough, nestled in between talks on more general themes such as sustainability, racism and environmentalism, was a presentation on the ideas of Murray Bookchin. Also, an Italian companero gained the honour of being the first foreigner to speak publically about "libertarianismo" on the island in 50 years, following the smashing of the nationwide anarcho-syndicalist movement shortly after Fidel Castro's assumption of power in 1959.

One of the main avenues of debate was the idea of "autogestión socialista" (socialist self-management), which would seem to indicate a frustration with the cooption and subsequent drowning of independent initiatives by the state's infuriating and malelovent bureacracy. In its place, many speakers advocated base-level organisation and solidarity outside of the auspices of the state in order to achieve results and better conditions for all.

In other news from Havana, companeros have been spending the last few months preparing a space in which to open an anarchist library, and it is expected to be ready imminently. Within this space rests the hope that the memory of Cuba's hugely influential libertarian workers' movement in the first 60 years of the 20th century might be recuperated and rescued from the hands of erasure and manipulation at the hands of the state.

The companeros have requested more published material - especially in Spanish - to fill their shelves. If you feel that you might be able to send something, please PM me or email me via my Libcom profile.

In the meantime, I attach some hand-drawn flyers they made (they are also investigating the possibility of sending a printer to the island). The flyers call for "POPULAR, LOCALLY-BASED WORKERS' ORGANISATION" and a "FATHERLAND [PATRIA] WITHOUT A STATE [BUT] AN ORGANISED PEOPLE" with the use of "OUR SECRET WEAPON: MUTUAL AID AND SOLIDARITY", amongst other things.

(PS: apologies to my legions of fans for the tardiness in updating. Just about everything that could have delayed me has done just that, including events in Chile and then in Maracay. A Venezuela update is imminent.)

Cheers for this. Really interesting Caiman. 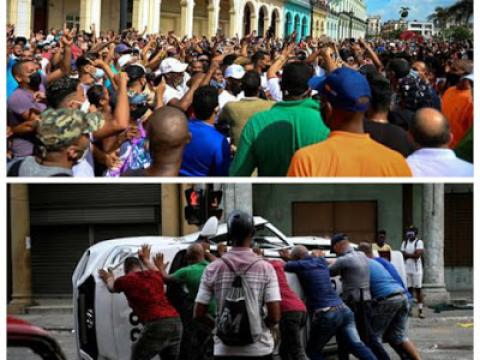 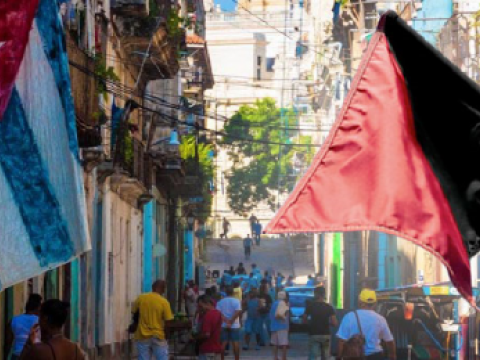 A box of ashes, the state and the next Cuban revolution

Article by Cuban anarchist, Marcelo Salinas, in the wake of Fidel Castro's demise, translated by the…

Something smells different in Cuba

Mayday statement of Cuban anarchists about the post-Fidel situation and the prospects for anarchism and workers' control in Cuba.