A short biography of Willi Paul, lifelong anarchist militant, active in the Anarchist-Communist Federation of Germany (FKAD) and the Spanish Civil War.

Wilhelm Paul was born on the 1st July 1897 in Goettingen. After a carpentry apprenticeship, he worked during 1915/16 as a relief worker and then as a metal worker. He then served as a soldier in the First World War. After the war, he moved to Kassel and joined the USPD, and then the Spartakusbund. As part of this group in May 1920 he was a founder of the Communist Workers' Party of Germany (KAPD.) With other comrades and at the initiative of Josef Hodek (1876-1945) he founded the Kassel branch of the FAUD. Hodek had been a member of the Free Association of German Trade Unions (FVDG), precursor of the FAUD since 1907 and had also moved to Kassel after World War One. At the beginning the branch had between 20 and 30 members, but after some internal problems and conflicts they lost some members, but also got new ones, such as Fritz “Fred” Schroeder. Willi was one of the most important members of the Kassel FAUD. At the same time Willi joined the Föderation Kommunistischer Anarchisten Deutschlands (FKAD). The branch focussed on agitation and education amongst workers. They sold the papers Der Freie Arbeiter, paper of the FKAD and Der Syndikalist, paper of the FAUD, distributed leaflets and organised events. Willi met his future wife Erna Schuessler during a paper sale. She was at that time still a member of the Communist Youth Federation (KJVD). In 1923/24 she started to be critical of the concept of a "dictatorship of the proletariat". There was conflict within the local KJVD group and she and others left the organisation. She then started attending the increasingly frequent meetings of the FAUD and finally joined in 1924/25. In 1926, she married Willi. In 1923 Willi was arrested for newspaper selling because of their call for a general strike, and held for four weeks. He was finally acquitted. Since few members of the Kassel FAUD were unemployed there was little direct involvement in workplace struggles.duration During the entire period of the Weimar Republic only the FAUD activist H. Weber was directly involved in a strike (supported by the local FAUD branch) . On the other hand the FAUD in Kassel were particularly active in the unemployment movement. Willi and Enno Wolf and Fritz Schroeder had a leading role in the unemployed movement in Kassel and the FAUD had a major impact on the unemployment movement in Kassel, in which it cooperated with the SPD and KPD. In 1932 Willi Paul opposed the KPD leaders in the unemployed movement who were advocating joint work with the Nazis and he and Wolf thwarted a motion on this.

In Kassel members of the FAUD and other anti-fascists set up the Schwarzen Scharen (Black crowds). This was primarily initiated by Willi during 1931. He also served as editor of the Die Proletarische Front (Proletarian Front), organ of the anti-fascist organization. After the Nazis seized power, the Kassel FAUD had to work underground. They were able to hand out the paper Die Internationale outside the employment exchange on May Day 1933. After the Reichstag fire an illegal printing house in an allotment garden shed was set up by by Willi and Erna Paul where the illegal newspapers Die Internationale: Zeitung zum 1. Mai 1933, Die Kommenden and Internationaler Sozialismus were printed. In late 1933 Willi was put under “protective custody” by the Nazis for several weeks. In March 1937 he fled to Amsterdam following the investigation against the FAUD member Julius Nolden in Düsseldorf . Willi remained only four weeks in Amsterdam moving on to Brussels. On 25th April, he went to Barcelona where the joined the DAS (German Anarchosyndicalists) group. During the May Days of 1937 in Barcelona, Willi, like many other German anarchists was arrested by the Stalinists. Since his CNT card had not been issued until the 5th May Willi was able to argue that he had not been in Barcelona during the May Days. After his release Paul together with Paul Sammel went to Lerida and then Tartienta on the Aragon front. There, he fought in the Ascaso Division. He remained in Spain until August 1938.

He left Spain via Perpignan and went to Paris, where he met up with the leading FAUD militant Helmut Ruediger. From Paris, he went to Amsterdam, meeting up with his wife and children there in August 1937 and living there illegally. In March 1939 he was caught in a police check and was interned for 6 months. At the end of August an internment commission gave him the option of internment on an island or deportation to Belgium. Willi chose the Belgian option. He got a permit to stay in Antwerp but in May 1940, the Wehrmacht attacked Belgium and the Netherlands. Willi was imprisoned with other foreigners in a barracks in Antwerp . He was deported to southern France on the 10th May 1940. In southern France, he was in the internment camps of St. Cyprien, Gurs and Vernet before being handed over to the Gestapo by Vichy in May 1942 and deported to Germany. In a trial in Kassel, he was sentenced to six years. Before his prison sentence was ended he was transferred to the fearsome 999 Disciplinary Battalion. He was in this from July 1943 until his liberation by the U.S. Army on 25th March 1945. " writing of this period he said: " The Gestapo beat me in the face, and then I was accused of high treason to the fatherland... On the 1st March, 1943, we were transported to Heuberg to be incorporated into a disciplinary battalion.. The arrests, condemnations and executions commenced from the first day...on the 25th March, 1945, as soldier of Batallion 999, I deserted to the Americans".

In February 1946 he was released as a POW and returned to Kassel. He began the reorganisation of his political and private life. He got work in the post office, wrote for libertarian newspapers and was involved in the founding of the Libertarian Socialist Federation (FFS) with other old members of the FAUD.

In the 70s Willi wrote some articles for the libertarian press, for Neues Beginnen, Zeitgeist, and Akratie. He criticised not only the equation of the RAF with anarchism, but also the cooperation of the RAF with national liberation movements, and especially with the "militant-national-revolutionary Fedayin".
In 1978 he travelled together with Erna Paul and Fred Schroeder to Barcelona, to witness the revival of the CNT. He was enthused by the strength of the CNT and its widespread propaganda throughout the city. Unfortunately the early promise of the newly emergent CNT was, as we know now, not to be fulfilled, but Willi did not live long enough to see that. The enthusiasm he saw in Barcelona must have been a solace after the desperate years he had lived through under Nazism. He died on 27 April 1979. 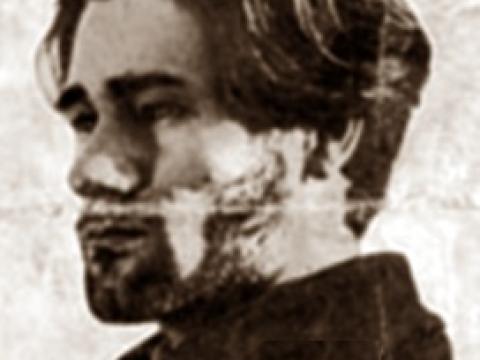 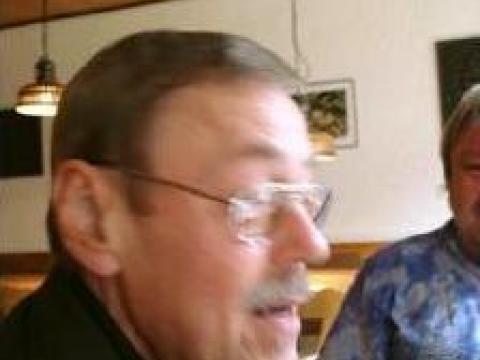