The past few days have seen teachers set to vote again on strike action in an ongoing dispute over a sub-inflation pay offer while thousands of carpenters, bricklayers, painters, joiners and labourers employed by local authorities voted in favour of industrial action for the same reason.

Executive members of the National Union of Teachers (NUT) unanimously voted to proceed with a formal ballot at a meeting on Friday 5th September.

Christine Blower, acting general secretary of the NUT, said: "This is a campaign that becomes more relevant with each passing month. With food prices up 40%, utilities up over 30%, along with general inflation now running at 5%, teachers, particularly young teachers, are suffering."

The NUT represents almost 250,000 teachers and headteachers and is England's biggest teaching union and the strike by NUT members on the 24th April 2008 is estimated to have affected up to 9,500 schools.

The action sought to convince the Government to change its mind about a proposed 2.45% pay rise for teachers this year. Teachers received that pay increase this month, but the workers argue that, with inflation rates at 5%, this amounts to a 2.55% pay cut.

The ballot will take place over the next few months, meaning that action could "potentially take place this term."

Meanwhile, members of the construction workers union Ucatt in England and Wales backed action in protest of their 2.45% offer by 60%.

General secretary Alan Ritchie said: "Our members have signalled their unhappiness with the proposed package. We are scheduled to meet the employers next week. I remain hopeful that even at this late stage common sense will prevail."

Leaders of unions representing other local authority workers have been holding talks with employers for the past few weeks to try to break a deadlocked dispute, also over a 2.45% pay offer. 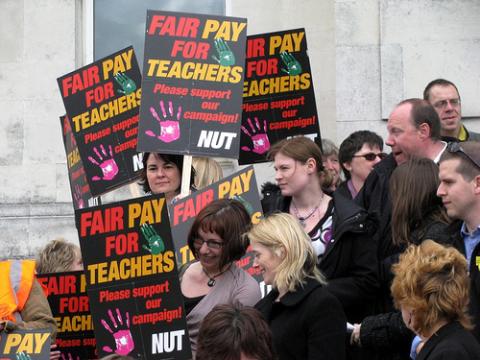 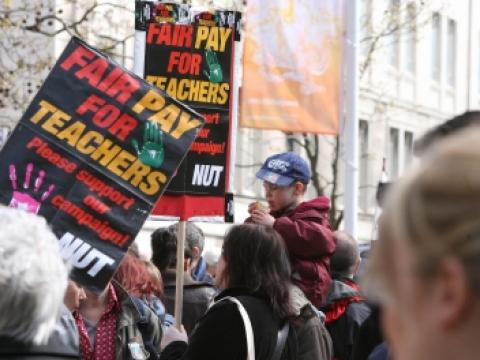