People from Myanmar stand in Solidarity with Chinese Democracy protests

Similar to how everyone else is demonstrating in support of the people of China, people from Myanmar also showed their solidarity for the pro-democracy demonstrations in China.

China is an important player in Myanmar's geographic politics, as well as its socioeconomic and political conditions. During the early years of Mao’s administration, the Communist Party of China used to have a great relationship with the Burma Socialist Programme Party. However, BSPP claimed to have a neutral position regarding its international relationship regarding imperialist camps. During the late years of Mao’s government, when the Gang of Four played a vital role in the administration, the Communist Party of Burma acted as a proxy party for the CPC.
Since the late 1980s, the military junta in Burma has relied too much on the government of China and its imperialism due to its isolationism. Following the fall of dictatorships around the world since the late 1980s, China established a new type of capitalist dictatorship that fascists are now attempting to imitate. During 1988, there was a change of leadership among the military junta in Myanmar. Since then, Myanmar has gradually shifted away from its isolationism. As a result, Myanmar’s military junta decided to choose the Chinese imperialist camp as its allies since the western imperialist camp supported the opposition leader, Aung San Suu Kyi.
In Myanmar’s spring revolution, China chose to play neutral even though it always decided to stop the western imperialist camp from endorsing the opposition government. However, China also advocated for the security of NLD leader Aung San Suu Kyi. China tried to protect its economic zone from both the military junta and the revolutionary militias. China has many economic zones, and its stakeholder businesses in Myanmar have sought to exploit many Burmese and local workers with low wages and inadequate compensation. Despite having a lot of protests against the businesses partially or totally owned by the Chinese government and Chinese investors, the Communist Party of Burma never endorses such protests against the Chinese government and its capitalist oligarchs. In some cases, some cadres of the Communist Party of Burma and its sympathisers tried to justify the acts of the Chinese government and its oligarchs. For Myanmar’s spring revolution, Russia's imperialist camp played a pro-military junta position while China's imperialist camp played an observer role until it could guess the final winning horse. However, it won’t be wrong to conclude that the Chinese imperialist camp favours the military junta over the oppositional government since it always tries to block the several condemnations attempts by the western imperialist camp towards the military junta at UN councils and meetings.
Spontaneously, the people of Myanmar, since the beginning of the spring revolution, have tried to form an alliance among southeast Asian countries in opposition to China and Chinese-backed dictatorships. However, the Milk Tea Alliance failed to get international support and accomplished nothing. The Chinese democracy movement began with these modest protests. Anger over the CCP's lockdown tactics regarding COVID-19 sparked the protests in the beginning. For the first time, a young generation has risen against the CCP and its bureaucratic establishment. From now on, the CCP will no longer be the only thing that comes to mind when people around the world think of China. This movement of Han Chinese who showed their solidarity with the ethnic Uyghur community played a vital role in the democracy movement in China. Here, it’s important to note that the majority of cadres from the Communist Party of Burma and its sympathisers justify the Uyghurs' genocide while using the Rohingya's genocide as a weapon against the previous National Democratic League government. However, most of the proletariat in Myanmar, especially after the spring revolution, has reached the political consciousness of showing solidarity for the Rohingya and Uyghur communities.
There were demonstrations in dozens of cities as well as at many more institutions. The young people are seen voicing democratic demands in every place where footage of the protests is available. The most common slogans within the Chinese democratic movements seem to be "Down with Xi Jinping and the CCP," "Freedom of Speech," "Freedom of the Press," and "Access to the Global Internet." From Shanghai to Beijing's most prestigious university campuses, as well as interior cities like Chengdu, these extreme messages were displayed. For the first time, the democratic ambitions of Chinese youth are displayed in these protests. From now on, whenever they organise protests, regardless of the cause, they will seize the opportunity to fight for their democratic goals.
"Democracy Movement Strike Committee Dawei”, an autonomous local strike committee, has decided to perform a protest in solidarity with the Chinese citizens who are revolting against the bureaucratic tyranny of the Chinese Communist Party. DMSC-D held banners saying "The Chinese people’s democracy movement is the ally of the Myanmar Spring Revolution" during their protests. According to Michael Sladnik who is in contact with DMSC-D, the Chinese democracy movement needs the Spring Revolution, and the Spring Revolution's best hope of foreign support depends on the Chinese democracy movement. Apparently, the struggle of the democratic movement against such a strong government will be a long and arduous one.
Summing up, even though there are several reactionaries in Myanmar’s campist left, the actual proletariat and the public masses sympathise with the struggles of the Chinese democratic movements and the Uyghur community. The most prominent fraction of such a reactionary fraction would include some elite fractions of the National Unity Consultative Council, who think of the Chinese imperialist camp as one of the most important imperialist camps that would influence the outcome of the spring revolution. However, with this pro-democracy movement inside China and the solidarity campaigns from Myanmar people towards the Chinese masses, those campists left within Myanmar’s oppositional leadership should be ashamed of themselves. 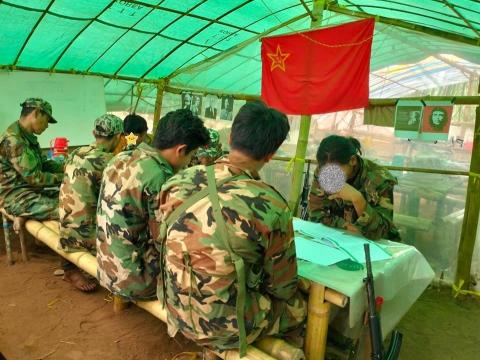 Despite sharing many characteristics with the military dictatorship, the Communist Party of Burma… 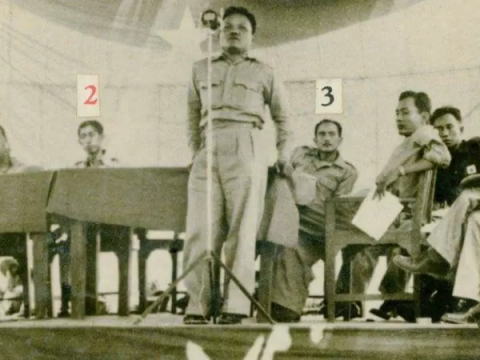 The world media and the establishment have forgotten about the Myanmar revolution, commonly referred… 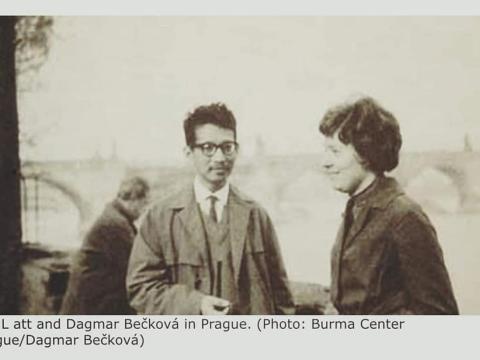 Minn Latt Yekhaun: a pioneer of libertarian communism in Burma

Minn Latt Yekhaun, a.k.a. Min Latt Ye Khaung was a Burmese linguist who was one of the first three…