The Pittsburgh Proclamation of 1883

The proclamation of the 1883 Congress of the anarchist International Working Peoples' Association, taken from the English edition of Freiheit, 27 December 1890, by Johann Joseph Most.

In the Declaration of Independence of the United States we read: "When in a long Train of Abuses and Usurpations, pursuing invariably the same Object, evinces a Design to reduce them under absolute Despotism, it is their Right, it is their Duty, to throw off such Government, and to provide new Guards for their future Security."

Has the moment not arrived to heed the advice of Thomas Jefferson, the true founder of the American Republic? Has government not become oppression?

And is our government anything but a conspiracy of the ruling classes against the people -- against you?

Comrades! Hear what we have to say. Read our manifesto [this Proclamation], written in your interest and for the welfare of your wives and children and toward the good of humanity and progress.

As the non-possessing classes are forced by their poverty to offer for sale to the propertied their working forces, and as our present production on a grand scale enforces technical development with immense rapidity, so that by the application of an always decreasing number of [the] human working force, an always increasing amount of products is created; so does the supply of working force increase constantly, while the demand therefor decreases. This is the reason why the workers compete more and more intensely in selling themselves, causing their wages to sink, or at least on the average, never raising them above the margin necessary for keeping intact their working ability.

Whilst by this process the property-less are entirely debarred from entering the ranks of the propertied, even by the most strenuous exertions, the propertied, by means of an ever increasing plunder of the working class, are becoming richer day by day, without in any way being themselves productive.

If now and then one of the property-less class become rich it is not by their own labor but from opportunities which they have to speculate upon, and absorb the labor- product of others.

With the accumulation of individual wealth, the greed and power of the propertied grows. They use all the means of competing among themselves for the robbery of the people. In this struggle generally the less-propertied (middle class) are overcome, while the great capitalists, par excellence, swell their wealth enormously, concentrate entire branches of production as well as trade and intercommunication into their hands and develop into monopolists. The increase of products, accompanied by the simultaneous decrease of the average income of the working mass of the people, leads to so called "business" and "commercial" crises, when the misery of the wage workers is forced to the extreme.

For illustration: the last census of the United States shows that after deducting the cost of raw material, interest, rents, risks, etc., the propertied class have absorbed -- i.e., stolen -- more than five-eighths of all the products, leaving scarcely three-eighths to the producers. The propertied class, being scarcely one-tenth of our population, and in spite of their luxury and extravagance, and unable to consume their enormous "profits," and the producers, unable to consume more than they receive -- three-eighths -- so-called "over-productions" must necessarily take place. The terrible results of panics are well known.

The increasing eradication of the working forces from the productive process annually increases the percentage of the property-less population, which becomes pauperized and is driven to "crime," vagabondage, prostitution, suicide, starvation and general depravity. This system is unjust, insane, and murderous. It is therefore necessary to totally destroy it with and by all means, and with the greatest energy on the part of everyone who suffers by it, and who does not want to be made culpable for its continued existence by his inactivity.

Agitation for the purpose of organization; organization for the purpose of rebellion. In these few words the ways are marked which the workers must take if they want to be rid of their chains; as the economic condition is the same in all countries of so-called "civilization"; as the governments of all the Monarchies and Republics work hand in hand for the purpose of opposing all movements of the thinking part of the workers; as finally the victory in the decisive combat of the proletarians against their oppressors can only be gained by the simultaneous struggle along the whole line of the bourgeois (capitalistic) society, so therefore the international fraternity of people as expressed in the International Working Peoples' Association presents itself a self-evident necessity.

True order should take its place. This can only be achieved when all implements of labor, the soil and other premises of production, in short, capital produced by labor, is changed into societary. Only by this presupposition is destroyed every possibility of the future spoliation of man by man. Only by common, undivided capital can all be enabled to enjoy in their fullness the fruits of the common toil. Only by the impossibility of accumulating personal (private) capital can everyone be compelled to work who makes a demand to live.

This order of things allows production to regulate itself according to the demand of the whole people, so that nobody need work more than a few hours a day, and that all nevertheless can satisfy their needs. Hereby time and opportunity are given for opening to the people the highest possible civilization; the privileges of higher intelligence fall with the privileges of higher birth. To the achievement of such a system the political organizations of the capitalistic classes -- be they Monarchies or Republics -- form barriers. These political structures (States), which are completely in the hands of the propertied, have no other purpose the upholding of the present disorder of exploitation.

All laws are directed against the working people. In so far as the opposite appears to be the case, they [laws] serve on one hand to blind the worker, while on the other hand they are simply evaded. Even the school serves only the purpose of furnishing the offspring of the wealthy with those qualities necessary to uphold their class domination. The children of the poor scarcely get a formal elementary training, and this, too, is mainly directed to such branches as tend to producing prejudices, arrogance, and servility; in short, want of sense. The Church finally seeks to make complete idiots out of the mass and to make them forgo the paradise on Earth by promising a fictitious Heaven. The capitalistic press, on the other hand, takes care of the confusion of spirits in public life. All these institutions, far from aiding in the education of the masses, have for their object the keeping in ignorance of the people. They are all in the pay of and under the direct control of the capitalistic classes. The workers can therefore expect no help from any capitalistic party in their struggle against the existing system. They must achieve their own liberation by their own efforts. As in former times a privileged class never surrendered its tyranny, neither can it be expected that the capitalists of this age will give up their rulership without being forced to do it.

If there ever could have been any question on this point it should long ago have been dispelled by the brutalities which the bourgeoisie of all countries -- in America as well as in Europe -- constantly commits, as often as the proletariat anywhere energetically move to better their condition. It becomes, therefore, self-evident that the struggle of the proletariat with the bourgeoisie must have a violent revolutionary character.

We could show by scores of illustrations that all attempts in the past to reform this monstrous system by peaceable means, such as the ballot, have been futile, and all such efforts in the future must necessarily be so, for the following reasons:

The political institutions of our time are the agencies of the propertied class; their mission is the upholding of the privileges of their masters; any reform in your behalf would curtail these privileges. To this they will not and cannot consent, for it would be suicidal to themselves.

That they will not resign their privileges voluntarily we know; that they will make no concessions to us we likewise know. Since we must then rely upon the kindness of our masters for whatever redress we have, and knowing that from them no good may be expected, there remains but one recourse -- FORCE! Our forefathers have not only told us that against despots force is justifiable because it is the only means, but they themselves have set the immemorial example.

By force our ancestors liberated themselves from political oppression, by force their children will have to liberate themselves from economic bondage. "It is, therefore, your right, it is your duty," says Jefferson, "to arm!"

What we would achieve is, therefore, plainly and simply:

First: -Destruction of the existing class rule, by all means, i.e., by energetic, relentless, revolutionary, and international action.

Second: -Establishment of a free society based on co-operative means of production.

Third: -Free exchange of equivalent products by and between the productive organizations without commerce and profit-mongery.

Fourth: -Organization of education on a secular, scientific, and equal basis for both sexes.

Fifth: -Equal rights for all without regard to sex or race.

Sixth: -Regulation of all public affairs by free contracts between the autonomous (independent) communes and associations, resting on a federalistic basis.

Whoever agrees with this ideal let him grasp our outstretched brother hands!

Proletarians of all countries untie!

Fellow-workmen, all we need for the achievement of this great end is ORGANIZATION and UNITY!

There exists now no great obstacle to that unity. The work of peaceful education and revolutionary conspiracy well can and ought to run in parallel lines.

The day has come for solidarity. Join our ranks! Let the drum beat defiantly the roll of battle: "Workmen of all countries unite! You have nothing to lose but your chains, you have a world to win!"

Tremble oppressors of the world! Not far beyond your purblind sight there dawns the scarlet and sable lights of the JUDGEMENT DAY!

A history of Mayday 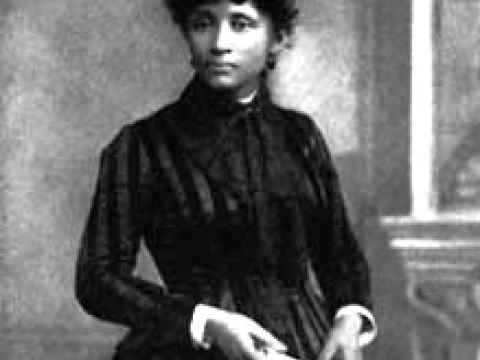