Workers opposed to privatisation decided to ballot for industrial action after Sussex uni bosses refused to stop the ongoing outsourcing process. The move comes less than three weeks after the Pop-Up Union, an unconventional rank-and-file initiative, became officially listed as a trade union.

The Pop-Up Union is the latest challenge to emerge in a struggle that kicked off in May 2012 when senior management announced plans to outsource 235 workers, including catering and facilities jobs such as porters, cleaners, security or the print unit.

"Senior management think we're just services that can be sold off to the highest bidder” one of the Pop-Union members said. “But we are the people who make the university run, and without us everything comes to a standstill.”

Last week [Director of Human Resources] Jane Summerville dismissed our demands out of hand, so now we're are ballotting for strike. We're demanding an immediate stop to their outsourcing program, an end to their intimidation tactics, and for a staff commission to be set up to hold management accountable.

Organisers expect strong support for industrial action. In an indicative ballot by UCU, Unison and Unite, the three management-recognised trade unions, revealed that 75%, 85% and 93% of respective respondents were prepared to take action. Opposition is also widespread among students, with 70% rejecting outsourcing plans in a student union poll.

Outsourcing is about eroding terms and conditions of the 235. But we know it's just the thin end of the wedge – the library and IT could be next, and academics won't be spared even though many might not realise it yet.

For the Pop-Up Union makes us strong
Since it was announced in late March the Pop-Up Union has grown rapidly, and is now said to be the second biggest union at the university. But now that industrial action is on the cards, members are hoping for a lot more members.

The Pop-Up Union is a rather unconventional trade union: its members regard it as a means to unite campus workers and lawfully oppose the outsourcing proposals but only for the duration of that campaign. Most workers on campus are not unionised, and those who are find themselves divided by sector into three established unions.

As the Pop-Up Union was added to the List of Trade Unions by the Certification Officer earlier this month, it is now established that such a temporary and single-issue union can fulfil the legal criteria for a trade union.

"They make you jump through a lot of hoops but we're starting to get the hang of it”, one of the Pop-Up Union members said. “We sent the certification officer all the required information and then answered some more questions.”

Then, as soon as we got listed, we sent management a 3000 word claim letter checked by our supporters with knowledge of labour law. Now we're following the procedures for taking industrial action.

Many Pop-Up Union members also belong to one of the three unions recognised by management, which they don't intend to replace. With members' subscriptions of 50 pence per month, dual membership is financially possible and encouraged.

Yet members say their novel approach is also borne out of frustration with what they see as a lack of action by the officers of the established trade unions.

One member complained that “it took them nearly a year to have an indicative ballot, but they didn't even call it that. The results are overwhelmingly in favour of industrial action yet they are still pussyfooting. Time is slowly running out, so we had to do something.”

Another said that "People are fed up with trade union inaction. We're 12 months in. At first we were told management were refusing to talk to the unions, so we couldn't have a dispute yet. Now we're told management are talking to the unions, so we can't have a dispute yet! They treat us like we're idiots, telling us time is short after 12 months of them dragging their feet."

A worker who spent months pressing his union officials for action mused “It's as though the union had been taken to the vet's but now couldn't remember what it had lost. That may be what the Pop-Up Union is for …”

All the energy in the campaign has come from students and staff, not the trade unions. The Pop-Up Union comes out of that solidarity. I've joined and lots of my workmates have too - it's DIY unionism. That means we have to do everything ourselves, but it means there's nobody bullshitting us with excuses to delay and delay and suck the energy out of everyone.

Part of the appeal is that the Pop-Up Union takes all its decisions in meetings open to all its members – there is no executive committee.

Solidarity forever
Much of the organising for the Pop-Up Union originates in the student occupation of the Bramber House conference centre. A student who is also in SolFed explains their role: "We started out just a few of us tromping to every workplace on campus, persuading people to join, building up contacts, putting people in touch."

It's difficult because staff are so isolated from each other that they can't all make it to mass meetings or talk to each other easily. So we students acted as messengers between staff to help them link up.

People were skeptical at first, they're so used to inaction from trade unions. They believed that outsourcing was a 'done deal' and that the Pop Up would never amount to anything. But as things got moving, staff have gained confidence and students have been doing less of the organising as staff have taken control of their union, which is as it should be.

The people whose jobs are affected by outsourcing are not just an integral part of campus life. In the course of my time at Sussex and especially through the campaign they've also become my friends.

But more than that, the staff who work here are doing the jobs that one day we, as future workers will be doing. The graduate labour market is tough and we can't all expect high-salaried jobs when we leave university. By protecting jobs now, we can try to safeguard our working conditions for the future.

I think the Pop-Up could be really important. It's a model of workers' self organisation that hasn't been seen in this country for a very long time and if it's successful it could be hugely significant for the labour movement which has stagnated for so long.

Really, it's a success that we've come this far, that so many staff are organising together and it's shaken up mangement and the other unions. Win or lose, it puts staff here in a better position against future attacks.

We've had a lot of interest from other universities and grassroots union organisers, and i hope the Pop-Up can provide inspiration and solidarity in other struggles.

Occupy Sussex, who organised a student occupation in protest against the privatisation plans, have called for donations to support the Pop-Up Union.

I hope there's a more in depth analysis of this written once the dust clears, really interesting stuff coming out of this struggle.

I hope there's a more in depth analysis of this written once the dust clears, really interesting stuff coming out of this struggle.

I remember seeing an article on here about autonomous union organising or underground syndicalism? I think it was calling for cell based workplace organising? :confused:

It's a model of workers' self organisation that hasn't been seen in this country for a very long time and if it's successful it could be hugely significant for the labour movement which has stagnated for so long.

A Sussex student involved with the Pop-Up Union 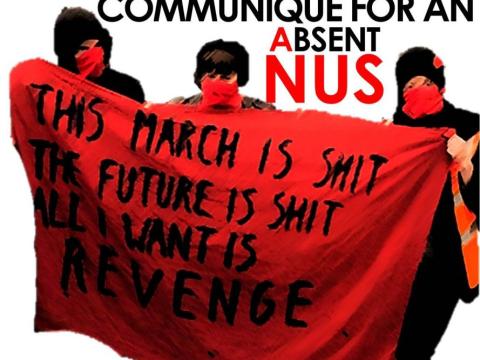 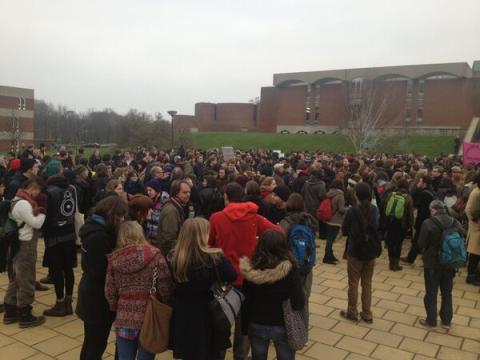 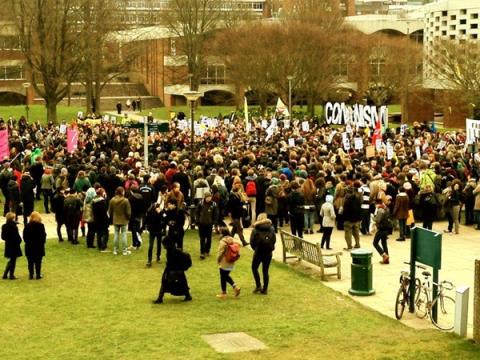 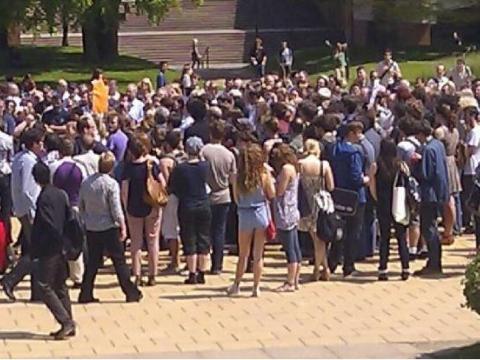