Red and Black Notes review of Dancin' in the Streets editted by Franklin Rosemont and Charles Radcliffe.

On the face of it, there doesn't seem to be much in common between the Industrial Workers ' of the World's revolutionary unionism and the surrealists' project of recovery of the unconscious, Yet, as Franklin Rosemont, the co-editor of this collection notes, he and his friends joined the IWW because it was the only group around which wasn't boring.

Rosemont joined the Chicago IWW branch in 1962 at the age of 19, shortly before he wrote his first letter to Andre Breton in Paris. As the youngest member of the group, forty-something Carlos Cortez was next youngest, Rosemont found himself saddled with the job of producing the local newsletter. The Rebel Worker lasted for seven issues running to a couple of hundred pages along with pamphlets and other documents. During its existence, The Rebel Worker also collaborated with a group of British revolutionaries who produced their own journal Heatwave for two issues before becoming the British section of the Situationist International.

If the popular image of the 1950s has been stifling conformity, then that of the 1960s has been resistance. And while the issues that the "old left" sought to address, such as class were still there, many felt the economic focus was insufficient. The grouping which produced The Rebel Worker grasped this and anticipated the Situationist International's emphasis on "the revolution of everyday life," when they argued for the need to be "revolutionary in everything."

This criticism was directed not only at the broader left, but also at the organization to which they belonged, the IWW. In the comprehensive introductory essay to this collection, Rosemont describes The Industrial Worker of this period as "an embarrassing anachronism aimed at a readership of retirees."

By contrast, The Rebel Worker was aimed squarely at a hipper audience. The first issue contained several articles on work and struggle not out of place in an IWW periodical, but the second featured Bob Potter from Solidarity (UK) on bureaucracy, The third contained an article on children by A.S. Neill, as well as poems by Benjamin Peret, Franklin Rosemont's analysis on mods and rockers, and Penelope Rosemont's review of Andy Anderson's marvellous book on Hungary 1956.

In 1966, Franklin and Penelope Rosemont took a trip to Europe and visited a number of continental revolutionaries including Andre Breton.

After Breton, they met Guy Debord of the Situationist International and brought back hundreds of copies of SI material to the US (for a long time the Solidarity Bookstore in Chicago was the only place to get SI material in the U.S.)

Later on the same trip, the Rosemont's visited the UK, where there was a mysterious falling out with the Solidarity group. While in the UK, they published the sixth issue of The Rebel Worker in May 1966 with the assistance of Charles Radcliffe.

Two months later, Radcliffe was instrumental in publishing what they considered to be the UK version of The Rebel Worker, Heatwave. Like Rosemont, Radcliffe has also contributed a long essay to the book explaining the background and history of the Heatwave group and in particular its relationship to the SI, of which it was briefly the British section. Radcliffe and Christopher Gray joined the SI shortly before the publication of the second issue in October 1966 and that was that. Radcliffe resigned from the SI the following year and the British group was excluded later. Gray later published the first book length collection of SI material in English, Leaving the Twentieth Century. Gray was also involved with the King Mob group and had the idea for creating a totally unpleasant pop group; group, and may have influenced King Mob sympathizers Jamie Reid and Malcolm McLaren with his idea of creating "a totally unpleasant pop group." But that's another story.

The final issue of The Rebel Worker appeared in December 1966. After that, the group sustained itself with leaflets, but according to Rosemont the group was starting to come apart. In August 1968, when Franklin and Penelope came to the Solidarity Bookshop for their regular shift they found the locks had been changed. They were later denied new keys.

Dancin' in the Streets presents a fascinating snap-shot of a long gone period in radical history. Its shortcomings are those of the Surrealist Movement and the IWW themselves. While rightly pointing to the need to take a radical critique beyond simple point of production issues, especially with the vast expansion of the reach of the law of value over the twentieth century, both these movements occasionally fall into a kind of volunterism which suggests that people should simply liberate themselves, without an analysis of why people don't.

But this shortcoming isn't a reason to avoid the book. Along with the texts and introductions, the book contains poems and drawings, and is a pretty funny read. About four years ago, I was staying with the editor of the now defunct journal The Bad Days Will End, and the subject of The Rebel Worker came up. Both of us had heard scattered references to the surrealist IWW journal from sixties, but neither knew where to obtain it. Charles H. Kerr has provided a valuable service in filling this gap. 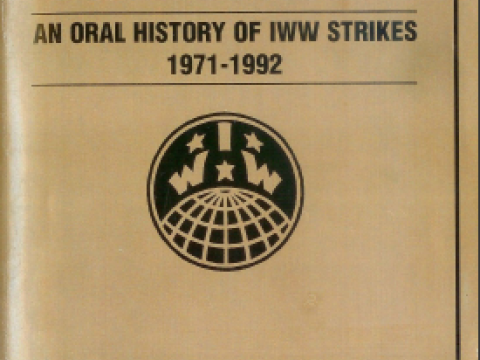 A review by Mark McGuire of John Silvano's Nothing in Common: An Oral History of IWW Strikes 1971-1992. 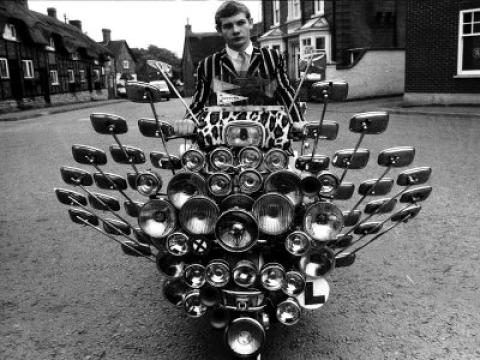 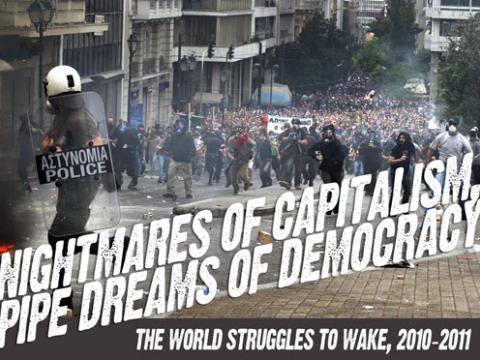 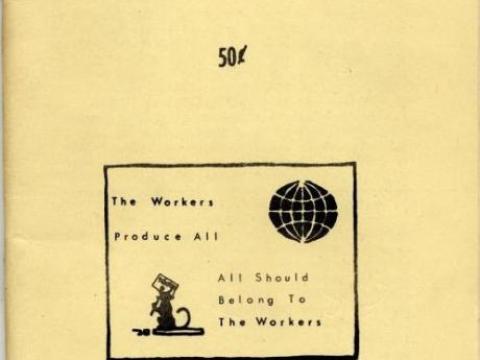 SDS and the Wobblies: memories and observations - Paul Buhle