Sam Mainwaring and the Autonomist Tradition

Next year (1987) marks the centenary of the first, August 1887, Socialist propaganda tour of Pontypridd, the Rhondda Fach, Aberdare and Merthyr by Samuel Mainwaring, a London based engineer.

Among the subsequently published recollections of him is that in Tom Mann’s Memoirs:

He was.. one of the very first to understand the significance of the revolutionary movement, and the first, as far as my knowledge goes, to appreciate industrial action as distinct from parliamentary action. He had been, in the late ’70s, a member of the East London Labour Emancipation League, and an early member of the Social Democratic Federation. Then, when the severance took place, he was one of the founders of the Socialist League. Sam Mainwaring was once my foreman, and he showed in the workshop, that same quiet dignified bearing that characterised him at public meetings… After attending propagandist meetings William Morris frequently walked back with Mainwaring, and it was said of them that they looked like the skipper and the first mate of a ship. Mainwaring was a good speaker, and took part in many meetings. As time went on he showed an increasing disposition towards Anarchist Communism, but the members of the League generally called themselves Revolutionary Socialists to differentiate themselves from Parliamentary Socialism.

From a wholly Libertarian point of view, Mat Kavanagh contributed to the may 1934 number of Freedom:

The Anarchist movement, numerically always a small movement in this country, has been rich in exceptional personalities. One of the most outstanding was Sam Mainwaring, big in body and mind, a Celt with all the fire and enthusiasm of his race, he was yet a quiet and persuasive speaker, and a tireless worker. The cause was not a spare time hobby with him, it was his life’s work, and his zest never diminished. When he was too old to do much open-air speaking, he took care that at his favourite pitch, near Hoxton Church, there was a speaker, a platform, and literature for sale… He served for years as delegate on the London Trades Council, and whilst never seeking an official position in his Union, he was active in it, seldom missing an opportunity of expressing revolutionary views.

He was one of the original members of the Socialist League, a personal friend of William Morris, and was very closely associated with and respected by all the propagandists of that day. Wherever he happened to be living, Wales, London, or elsewhere, that place became a centre of propagandist activity. Older Comrades will remember Sam’s propaganda tours into Wales.. Sam spoke in his native Welsh which he maintained was the finest speaking language in the world.

As a propagandist orator, Sam had his own style of address. It was characterised by clear deliberate thought, argument and enunciation, which held his audience fixed until his message was delivered. He had a remarkable gift of humour, its form generally taking that of a story,the climax of which both amused and astonished the crowds who listened to him. It was a common thing to hear him speak four or five hours at a stretch, often in that time attracting two or three fresh crowds of people.

Years ago, Tom Mann, at a meeting of the Club and Institute Union Hall in Clerkenwell Road, introduced Mainwaring as his “old foreman who, in the engineers’ workshop where they both were employed, brought the message of Socialism to him” It is lamentable that Tom should now be a public spokesman of a party who would, by the medium of the OGPU, put a Russian Mainwaring up against a wall and shoot him. Sam Mainwaring always advocated the right of others to express their own sincere convictions equally with himself.

This year being the centenary of William Morris, we ought to bear in mind some of the Comrades who worked with him in the Socialist League. Some so called historians of today regard Morris and the League as the same thing. The fact is, there was a body of really remarkable men and women in the League, and not the least of them was Sam Mainwaring. He left a gap that has not been filled.

His life and work is a challenge to the younger generations who follow. Will they equal or better his record?

And Again, in War Commentary for mid-december 1943, following the death of Sam’s nephew of the same name, Sam Mainwaring junior, at Neath:

All old comrades who knew the Mainwarings will regret the passing away of Sam who died this week after an operation. Sam was the nephew of the famous Sam Mainwaring, and was reared by him in every sense of the word… brought up in such an environment it would be impossible to be anything other than a revolutionist and an anarchist. The elder Mainwaring was a pioneer of Anarchism in England and Wales, a friend of Kropotkin, and especially of William Morris. He started in conjunction with Tarrida del Marmol “The General Strike”, an english paper advocating industrial direct action. The watchword was “Watch your Leaders” indicating their attitude towards the corrupt trade union bureaucracy of that day.

The younger Sam emigrated to South Africa whilst quite young, and was active in the newly born labour movement there. So much so in fact, that he soon found it wise to move on, this time to the United States where he worked on the Western Seafront in the early and active days of the Industrial Workers of the World.

At that time the Mexicans were in revolt.. using San Francisco as a jumping off point. The brothers Magon were issuing their paper “Regeneracion” from there, and Sam Mainwaring was in the midst of all their activities. 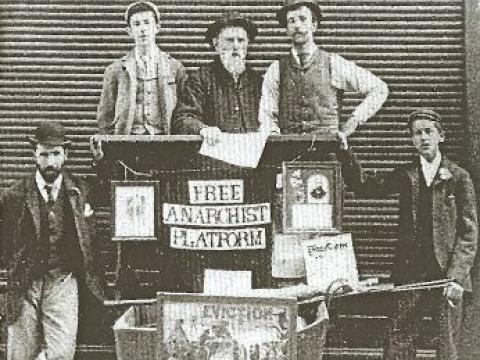 A biography of Welsh engineer and anarchist orator Sam Mainwaring, who was among the first active anarchists in the UK.
Image 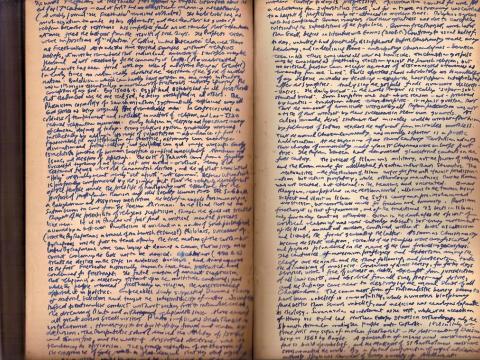 Mat Kavanagh and the History of Anarchism

Thoughts on Mat Kavanagh's writing, what he's trying to do with it and what it means for anarchist history