A Spoonful of Sugar: Childcare, Work and #Budget2015

Where is the proletariat? The proletariat is everywhere, just as the boss is. (Negri 2005)
On 10th of May in the lead up to the Budget the Federal government announced fundamentally interlocking changes to the subsidies to childcare and the provision of paid parental leave. Less money will be given to parents and more money will be given to childcare and early childhood education providers. These changes reflect an attempt by the state to address multisided and interrelated problems of the social reproduction of capitalism and do so in the historical moment of dwindling economic fortunes. These interlocking problems are: the rising costs of social reproduction in the context of falling revenue, the size of the supply of labour and the care and raising of children. The changes mean the intensification of work – in the broadest sense – for the class on a whole and for women specifically, especially mothers. Indeed both the cuts to paid parental leave and the increase in the subsidy to childcare are aimed at having the same impact: to reduce the time that parents, and this will usually mean mothers, spend out of paid work and at home caring for their children. This means in practice an intensification of both waged and unwaged labour and their concurrent stresses and challenges.

These are the details so far:

Parents will be no longer able claim parental leave from both employers (if offered) and from the government. Currently ‘The government scheme, introduced by Labor in 2011, provides 18 weeks of leave at the minimum wage to primary care givers earning $150,000 a year or less.’ The Fairfax press reports that this means almost 50% of mothers will lose entitlements (Ireland and Wade 2015).   Whilst the Treasurer is claiming that this will lead to $1 Billion dollars in savings. Kate Carnell the head of the Australian Chamber of Commerce and Industry assumes that employers will simply pay the benefits in another form so workers can still take the paid parental leave provided by the state. (Taylor 2015).I can imagine that the state subsidy will become the only paid leave many can access if it isn’t already. Either way it will mean a reduction in the time that parents of babies can spend out of paid employment.

This is an increase in the subsidy for childcare that is conditional on Parliament passing the proposed, but stalled, cuts to family tax benefit from last year’s budget. These latter changes intend to end the family tax benefit when the youngest child is 6 rather than the current standard of 16. Childcare subsides already cover approx. 2/3s of the costs of childcare (Productivity Commission 2014, 10).   The details of the Job for Families Program revealed on Mother’s Day are as follows:

It is at this point unclear how close these changes will match with the actual recommendations of the Productivity Commission (PC). In particular if this Jobs for Families Program will enact the PC’s recommendation to reduce the cost of labour and increase flexibility for childcare providers by deskilling the workforce via increasing that ratio of the number of children who can be in care in relation to the level of the staff’s qualifications(2014, 18). I think we should of course be very careful with the use of ‘deskilling’ here’; the labour of caring and raising children has often been seen as an innate ability, a natural proclivity of women and thus neither really a skill nor work in the proper sense. This has been part of the ideological mechanism that has hidden the role that reproductive labour in the home and the exploitation of women plays in the overall function of capitalism (Fortunati 1995). The changes in the ratio of workers with diploma qualification to children in care doesn’t mean of course that the work workers in childcare and early education will be doing will somehow become easier or require less complex abilities (tried getting one toddler to sleep? Imagine trying to get a room full!) rather that they will be paid less and management will have greater flexibility with setting rosters. It is worth noting that I have heard anecdotally that industrial officers for United Voice in Queensland, the union that covers child care and early education workers, were forbidden in recent years by union leadership from taking on workplace and industrial issues instead focusing on trying to get workers and management to jointly write submissions to the PC to ask for increased funding – so at least someone got what they wanted (perhaps someone can confirm or disprove this?). I assume that the hope was that increased funding could lead to increased wages however the above would suggest the opposite result.

Combined together it seems clear that the intention of these reforms is to reduce the time that parents, mainly mothers, are out of the workforce, even if this means a massive subsidy to private childcare businesses. This should be understood as an attempt to increase that labour supply. That is increase the amount of people in work – though PC (2014, 2) modelling on their suggestions predicts only an increase in 16,400 extra parents entering the workforce; reduce the time that parents are out of the work-force, and increase the hours that they work. Increased flexibility in childcare and early childhood education as mentioned above and the provision of subsides for hiring nannies would also facilitate the participation of parents as workers in jobs that don’t have 9-5 hours. The drive to work more if possible will also be pushed by the difficulty of families existing on anything less than two wages – especially now that wages growth is low (Australian Bureau of Statistics 2015b). Single parent families, or families where all the parents are women, will find these pressures even more intense as women’s wages remain significantly lower than men’s.

It is interesting that despite unemployment being on a generally rising trajectory (Australian Bureau of Statistics 2015a) the state is still trying to squeeze more labour out of the population by pushing more people into the labour market. Last year’s attempted changes to unemployment benefits for those under 30 and those on disability pensions was an effort to do the same. Capitalism requires a ‘reserve army’ of labour(Marx 1990, 788) : a pool of the unemployed to both look for work and thus put downward pressure on wages and provide the workers who will be hired so capital can constantly expand. Equally a declining number of unemployed workers actively looking for jobs can act to drive up wages and poses a barrier to capital’s expansion. This problem is further exacerbated if the organisation of production requires workers with specific skill sets, qualifications and/or attributions and this means that we are less interchangeable than capitalism requires.   This is in part a long historical problem: Australia has often had a labour shortage that has forced up wages whilst social stability has been maintained through a racialized-nationalist compact (McQueen 1986). This has prevented capital simply solving this problem through immigration. In the our current context we thus have a border regime that simultaneously criminalises, imprisons and tortures immigrants without appropriate documentation, develops classes of migrant workers on visas which provide them less legal rights and workplace rights than citizens, and creates underpaid and hyper-exploited pools of workers who work in various forms of ‘grey’ employment outside the what they are formally and legally allowed to do according to their visa. All of this has to be balanced by the state’s attempts to manage a complex hierarchy of difference and national loyalty to maintain the social order; this ‘Imperial racism, or differential racism, integrates others within its order and then orchestrates those differences in a system of control’(Hardt and Negri 2000, 195). Whilst elements of capital may wish to open up the country to cheaper labour the border, its necessary racism, and its enforcement remain an inescapable necessity of the existence of wage-labour itself (Mitropoulos 2014, 2006).

And thus in this budget it is parents, in particular mothers, who are being asked to work more. It would be wrong to think that more childcare so one can perform more wage-labour simply or substantially reduces the labour of raising children. It speeds it up and intensifies it in frantic mornings and late nights of packing lunches and housework, in the extra emotional work and challenges that are created, and often in greater fatigue, sadness and depression.

The home is already often a dangerous workplace for women. There has been a rise in reported cases of domestic violence and domestic violence services and women’s refuges which are not only stretched beyond capacity but also face uncertain futures due to funding cuts and funding models that privilege large religious charities and general homelessness services (Hill 2015).

A great deal of last year’s budget wasn’t passed. This was in part due to some points of popular opposition and a hostile Senate. The Parenthood an NGO focused on parenting and children’s issues with links to trade unions and GetUp! has already expressed opposition to the cuts to paid parental leave. What this means on the ground is yet to be seen. But what is on the ground is an incredible amount of organisation to meet the material (and this includes emotional and psychological) needs of parenting. In almost every suburb you will find play groups, in almost every school P&Cs, everywhere there are kid’s sports clubs, rhyme times and reading groups in libraries, relationships of mutual aid and support and informal meet ups for coffee, drinks and BBQs. Is it possible to struggle against this increased imposition of work and for more time to create dignified and just relationships with those we love, be they friends, partners, parents or children? 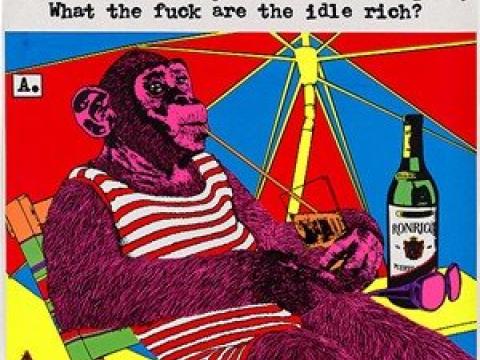 A new start? Welfare changes and the labour-power shortage 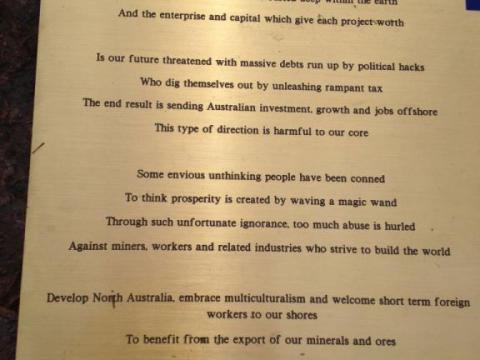 No jobs and no workers? Strange contradictions of capital accumulation in Australia 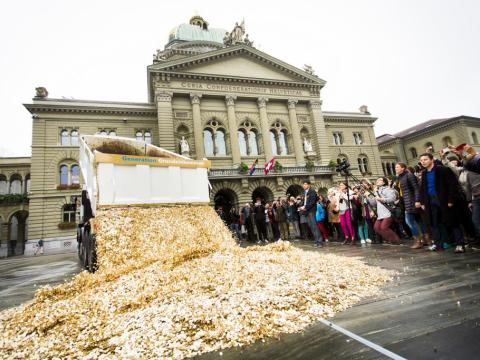 What is wrong with free money? 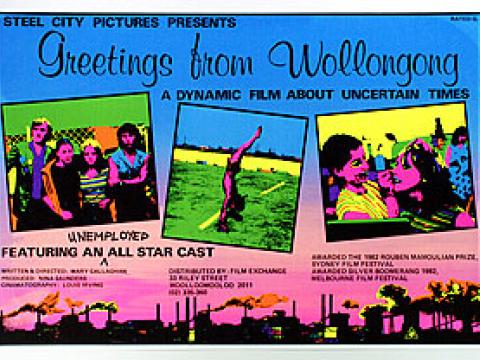 The WOW factor: Wollongong’s unemployed and the dispossession of class and history