An organizing campaign that has been going for several months finally came to a head a few weeks ago, involving a sizeable number of migrant workers from primarily Hungary and Romania heavily exploited at several agricultural facilities in the southern county of Skåne.

After a successfully rallying together despite things initially looking rather glum, the newfound collective power of the workers was channeled through the Malmö local federation of the syndicalist SAC - ending in a total victory in the first part of their struggle, meaning secure contracts, which will now both solve immediate bread-and-butter problems but also give a platform to fight back against illegal and exploitative labor conditions. Among the interesting aspects of this campaign is the fact that it is a result of careful planning, borrowing strategic lessons from organizing in the US, the UK and Poland, with the goal of building unity among the workers and identifying the brand of the employer as an efficient way to make it more costly to not adhere to their demands than just doing the right thing - this sort of "whole union organizing" is not always commonly seen here in Sweden.

Another fact is that it represents the first victory in a long time where migrant workers formed their own syndicate and very visibly won - which rightfully makes us hopeful that this will transmit to other highly exploited and migrant workers in similar situations.

Lastly, this is an important counterpoint to some of the trends on the authoritarian left, where the local marxist-leninist KP communist party are openly flirting with Sweden Democrat rhetoric, which has involved handing out fliers in Swedish and Polish to local builders threatening them with words like "either you just join the union or go home!", and 1 may rallies with official slogans like "stop the import of foreign labor!" - rather than actually engaging with all workers for real, doing real organizing and instead putting the blame on the exploitative companies and economic criminals rather than those who are victims of them.

In the words of some of the fellow workers in Malmö who were initially approached by the agricultural workers (who were also involved in the organizing committee later):

Today the section won the fight over employment security! Everyone gets secure contracts! All notices of industrial action are withdrawn. We are so happy!

Those of us from Malmö LS of SAC who have worked together with the section would like to take this opportunity to introduce ourselves and share our perspective on things. We’ve been working with the group since they contacted SAC last fall and we’ve helped out with the negotiations during the conflict.

Even if working conditions for migrants in Sweden often are very poor, we’ve never seen such a large group of migrant workers take matters into their own hands, organize and win. Today's victory feels historic.

After several months of organizing, lots of meetings, laughter, worry, and hundreds of hours of hard work, it’s a fantastic feeling to finally be there when the group wins.

After a very intense and hectic time, we haven’t just made sure our fellow members got their rights. We’ve also made new friends, gotten new experiences and new hope that it’s possible to change things, even if it sometimes feels difficult.

It’s been the group's unity, fighting spirit and, not least, humor that’s inspired us to continue even when it felt difficult. We’re happy to have been a part of their fight.

We’re also overwhelmed and grateful for all the solidarity the group has received. Thanks to all your support we could actually win this fight.

So we’re happy today. But we also know that this is just the beginning. When we’ve celebrated and rested we’ll get ready for the next step.

We hope you’ll join us!

After the first round of negotiations, where the workers announced their intentions to engage in conflict measures, and then being met with threats like "either you quite the union or you go back to Romania":

We would like to introduce ourselves so you can get to know us. It’s a bit risky to publish our pictures, but we want to talk about who we are and the story behind our situation.

The members of our union all have different stories. Some have come with their families and children and are set to stay in Sweden. Others have come for a short time. Our members are men and women, young and old.

Many of us have lived in Sweden for several years, but because the company we work for always refuses to adjust our schedules, we can’t go to school to learn Swedish.

When we get sick, the company often refuses to take responsibility and give us sick pay . Our contracts make it hard to get help from Försäkringskassan.

We contacted the large unions, but we didn’t get much support from them. They always saw our problems as individual cases and not as a general problem with the company. Our situation didn’t improve, so we decided start our own union club with help of Malmö LS of SAC.

Our problems are not only individual, they are common to us as a group. That’s why we are trying to fix them together.

In the next couple of days we’ll be stepping up our fight for secure contracts. We’ll release more details about our working conditions and our conflict with the employer.

We hope you will continue to support us and help us win this fight! 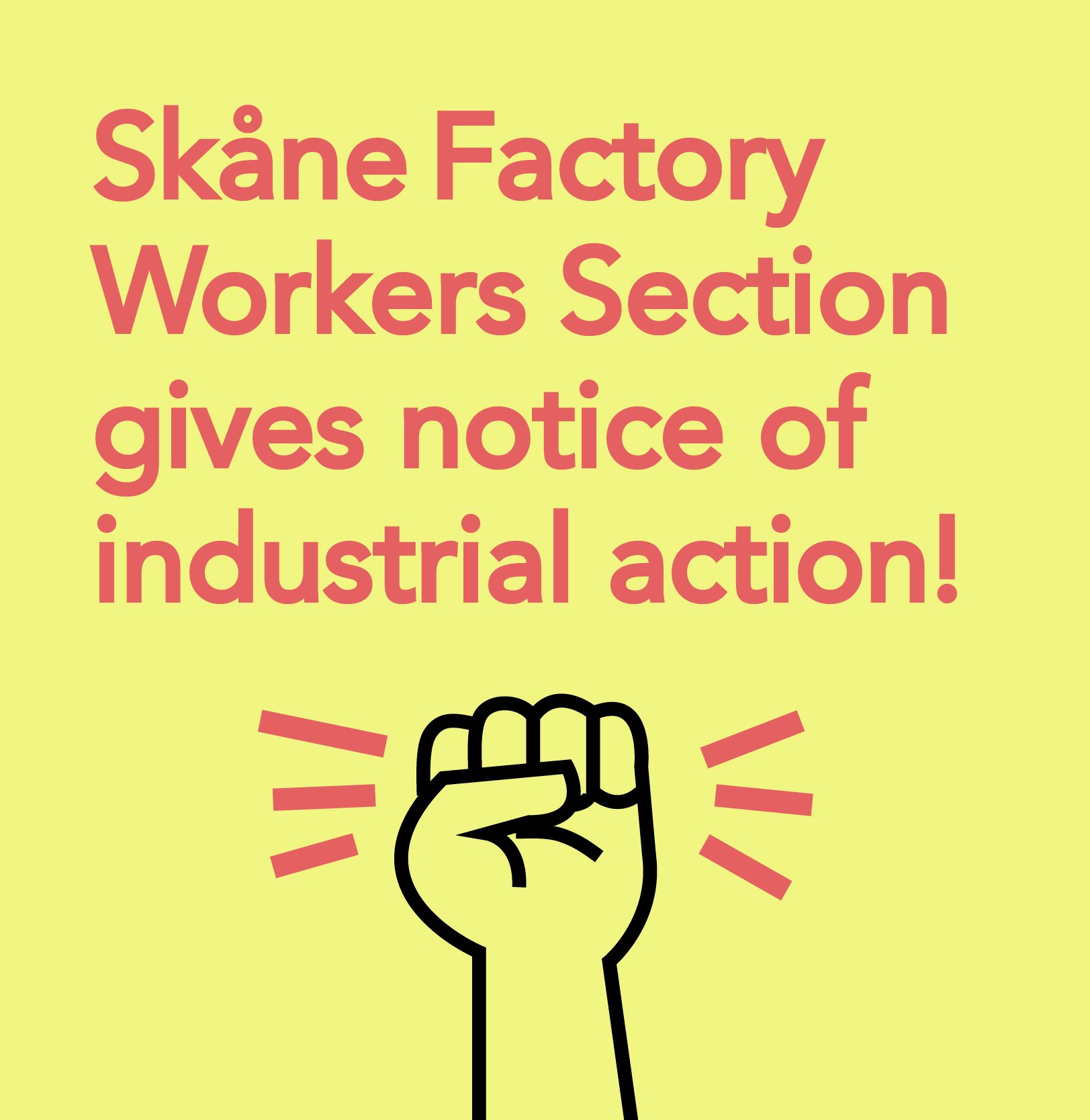 Have changed this into a news article. Well done to the workers and all others involved!

Lastly, this is an important counterpoint to some of the trends on the authoritarian left, where the local marxist-leninist KP communist party are openly flirting with Sweden Democrat rhetoric, which has involved handing out fliers in Swedish and Polish to local builders threatening them with words like "either you just join the union or go home!"

Saying this is Sweden Democrat rhetoric is not that honest, this has been the rhetoric of the labor aristocrats for decades(if not at least a century) and the way the Communist Party has weaponized the trade unionist promise against workers is nothing new or something imported from the right-wing. Leftists should really not underestimate how much the workers' movement itself can turn reactionary when it only struggles for short-term goals that would make the "workers"(white males in industry) situation better.

An article by Mattias Wåg, first published in 2008 in From Thoughts to Action, summarising the Swedish syndicalist union SAC's re-organisation.
Image 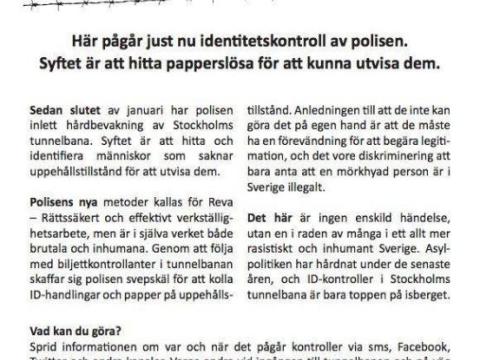 Hunting down undocumented immigrants like animals is immoral and a waste of police resources, argues…