The Syrian conflict is an indictment of the nation-state system: The Assad Regime

Members of the US Peace Council meeting with Assad

As the Syrian conflict drags on, the world watches with horror as all involved countries ruthlessly pursue their own interests at the expense of the Syrian people. This first post will focus on the Assad regime.

There's no better way to stamp out faith in the supposed benevolence of the world's nation-states than by learning about the Syrian conflict. The sheer level of cynicism by the major players in the conflict is simply staggering, enough to give even the most jaded onlookers pause. And what the conflict reveals, above all else, is that all sides in the world's larger conflicts between nations are morally bankrupt. The bottom line is that there are no good guys. Every country involved has become party to unspeakable atrocities. In all, the conflict makes a great case for why the nation-state system cannot work.

Of all the “bad guys” in Syria, nobody has received more coverage than Syria's ruler, Bashar al-Assad. To many on the left, the media's hand wringing about Assad's atrocities is just so much grating hypocrisy. Assad's crimes have not been dissimilar to the crimes of close US allies, most notably Saudi Arabia, whose crimes go almost totally unmentioned in the mainstream media. Unfortunately, there are those so embittered by this hypocrisy that they now view Assad as a force for good in the Syrian conflict. The reality is, that while the media's denunciations of Assad are hypocritical, Assad is the head of a government, and like any government whose existence is threatened—and the balance of forces allows them to— does not hesitate to resort to the most hideous forms of violence in order to maintain power.

For starters, what revisionist leftists seem to forget is that far from being a scion of the Ba'athist party's supposed commitment to “Arab-Socialism”, Assad implemented neo-liberal reforms soon after taking power in 2000. Adhering to reforms suggested by the International Monetary Fund and the World Bank, Assad sold off government assets, deregulated the banking industry, and lowered tariffs on imported goods. Privatized government services like telecommunications were bought at bargain prices by Ba'ath party insiders who abused their new monopolies. Goods from Turkey soon flooded the unprotected market exacerbating unemployment. As unemployment soared, a severe drought compounded economic problems.1

The spark that lit the fire in Syria occurred in March 2011, at the height of the so-called “Arab Spring” when police arrested teenagers in the southern, largely Sunni, city of Daraa for writing anti-government graffiti on the walls of a school. Typical for the behavior of the Syrian regime, the teenagers were tortured. The treatment of one of the teenagers, Yacoub, gives an insight into the brutality of the regime. “Over the course of weeks, the police in Daraa completely brutalized Yacoub. They forced him to sleep naked on a freezing wet mattress, they strung him up on the wall and left him in stress positions for hours, and they electrocuted him with metal prods.” The torture was routine for such a crime, however, this time the Syrian police had gone too far.

Anger in Deraa at the torture of the teenagers spilled over, and demonstrators took to the streets to denounce the regime. Police responded with tear gas and sniper fire, but the anger could not be contained, and protests soon spread throughout the country. Police responded with more gunfire, and then gunfire at the funerals of those killed during the protests, and then still more gunfire at the funerals for those killed at the funerals. Protesters not killed faced arrest, torture, and execution.

Despite the heinous violence, many Syrians continued to back Assad. Supporters ranged from business elites to working class people belonging to non-Sunni religious and ethnic groups who believed government propaganda that the opposition was dominated by Sunni extremist organizations.2 With the help of Iran, these supporters would be organized into militias modeled on the Iranian Basij. Nicknamed “shabiha” (mafia) by Syrians and referred to as “popular committees” by the Syrian regime, these militias would come to be responsible for some of the worst violence in the early months of the uprising.3

By the summer of 2011, peaceful protest had begun morphing into armed uprising. Though much of the initial uprising was secular in nature, tensions between the country's Sunnis and other ethnic and religious groupings were rapidly deteriorating. It's important to note that the Alawite of Shia Islam is represented by the Syrian ruling class well out of proportion to the number of Alawites living in Syria. Though Alawites made up just around 7-13% of the pre-war population, they held, and continue to hold, many of the top positions in the government, and Assad's family is itself Alawite. In comparison, Sunni make up 70% of the population and are underrepresented in government. From the beginning of the uprising, Assad played up sectarian fears in order to rally the support of the Alawite community. And indeed there can be no denying that the success of the uprising would materially be bad news to the country's Alawites. As Patrick Cockburn noted at the time, “Even supposing an anti-sectarian opposition, democracy in Syria means a loss of power for the Alawites and their allies and a gain for the Sunni”. 4

As Sunni areas became harder to control, the Syrian government responded with increasing sectarian violence. In May 2012, after vicious artillery bombardment, shabiha were sent into the majority Sunni town of Houla, on the outskirts of Homs where they massacred 108 people, including 49 children.6 As Sunnis grew increasingly resentful of Syria's ethnic and religious minorities, the coalition of armed secular groups, known as the Free Syrian Army (FSA), began to lose popular support as its militias turned to criminality and violent struggles for influence within the FSA. By the end of 2012, a host of jihadi groups who to varying degrees viewed all non-Sunni as heretics, began to dominate the uprising.

Conclusion
When faced with a threat to its authority, the Syrian government used extreme violence to quell protests. Unfortunately, as peaceful protest turned to armed rebellion, reactionary sectarian groups came to dominate the opposition. Revisionists on both sides who overlook these facts are simply fooling themselves into thinking that either the Assad regime, or jihadi groups are a force for good in Syria. In future posts I hope to further explore how the the Syrian conflict can be viewed as an indictment of the nation-state system.

Good initial blog, thanks for writing/posting. Looking forward to the rest of the series 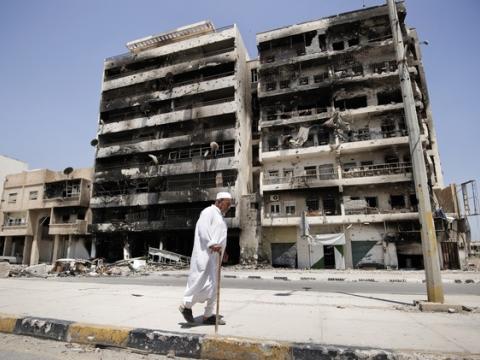 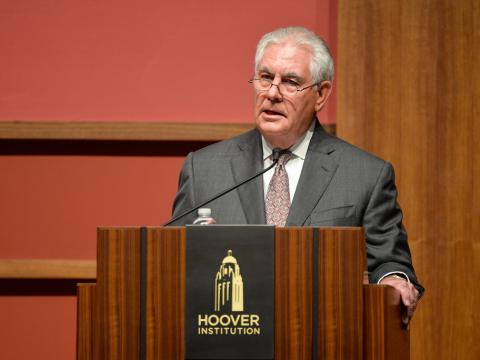 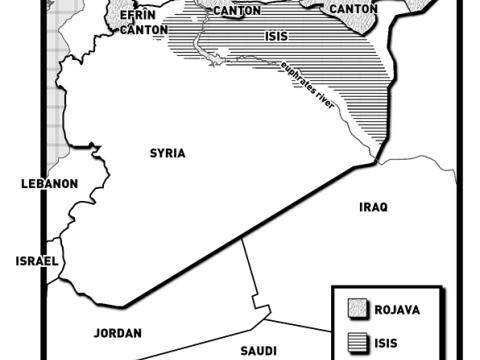