Members of the Young Doctors Association (YDA) are on strike across the Punjab province of Pakistan.

A meeting of the YDA general council was held at the Punjab Institute of Cardiology in Lahore on the 12th August where doctors strongly condemned the indifferent attitude of the Punjab Government towards their demands. At the meeting it was decided to withdraw all emergency services from across Punjab on the 15th August.

Health and education are the most neglected sectors in Pakistan. Only 0.9% of the total budget is allocated to the health sector. Due to expensive and rare health facilities, more than 80% of the population is reliant upon alternative medicine. According to the World Health Organization; around 14,000 women die every year during childbirth. 45% of children under five have stunted growth, and over one third are underweight. Since independence from the British, social development has been discouraged by the ruling classes. There is always a lot of money for weapons, tanks and for projects such as motorway and metro buses, but never any money for poor and needy people.

It is evident from the horrible conditions of hospitals that basic health facilities are currently not appropriately maintained. Population is increasing but health services are declining; even in emergency wards one bed is often being shared with up to three or four other people. Now the government plans to privatize all hospitals and schools across Punjab. It will mean disaster for the poor who can’t afford private health sector expenses. The Pakistani government is constantly crushing the working class, especially public sector employees and unions are discouraged or even banned in some sectors. According to the ILO, only around 1-5% of workers in Pakistan are unionized - meaning the vast majority of workers are unorganized and easily exploited by capitalist bosses.

In the midst of this terrible human tragedy, a group of young doctors is fighting back. With the modest inception of Young Doctors Association back in 2009, it is now a major force within the Pakistani health sector. Not only do the doctors fight against the state but also against other senior medical staff for their demands. After completing their studies a young doctor usually ends up working as an unpaid intern and their jobs are at the mercy of the medical superintendent (a senior official of government hospitals). Recently the government introduced the Central Induction Policy for young doctors. Under this policy, a doctor is forced to work as dictated by senior officials, they have no right to choose which hospital they work at or to study for further education. This has meant a total disaster for the career prospects of young doctors. After successful strikes in 2012 and again in 2015, government officials were forced to accept their demands and among other benefits doctors gained better service structure and a pay increase. Unfortunately, many of the government promises were empty. They later refused to accept the demands which were already discussed and agreed upon.

One of such example is the appointment of Najam Shah as Secretary of Health in Punjab. By using his authority as head of the institution he not only stopped progress in implementing the demands for doctors but he also unleashed a terrible backlash on the striking doctors. After many negotiations, picket lines and token strikes doctors were forced to take to the streets. They shut down all health services in Punjab and started protesting on the 1st August. However they met with swift suppression from state authorities, being baton charged and blasted with water cannons that were used to disperse their protests. Many doctors were terminated and fake police reports were filed against them. In their recent protest tear gas was also used to disperse the protesting doctors.

Against all odds, doctors are determining to fight for the betterment of the health sector and for their demands, which includes but is not limited to:

The mass media is playing a very negative role regarding the YDA movement. For example, in August one of Pakistan’s major media outlets ran a story with the opening line: “A female patient succumbed to her illness on Tuesday as work was suspended in the emergency wards of the Services hospital due to the Young Doctors Association strike.” There are also comments such as this one made by a blogger: “their actions put the humanity to shame. The ‘selfless’ souls who have locked down OPDs in government hospitals are requested to recall their Hippocratic Oath.” But in reality, every day 1394 children under the age of five in Pakistan die due to poverty and hunger, and each passing day many preventable deaths are reported in hospitals. This is not being given media coverage as those responsible for these killings are in positions of power and influence. In the past month, the 126 people burnt alive in the Sharpur oil tanker incident were failed by the government as they were unable to provide the appropriate care due to a lack of burn units or nearby hospitals.

The calls from detractors for striking doctors to heed the Hippocratic Oath and return to work are a gross misunderstanding of both the history of the strike and the meaning of the oath itself. Those who are condemning the YDA for going against their oath are themselves involved in massive corruption and coercion. The doctors only went on strike when they had exhausted all other means to attain their minimum demands. When these media outlets ask a doctor not to strike, it means that they expect workers to never fight back when they are being exploited, or when their basic rights are being snatched away from them.
Shutting down emergency services will have a wide effect across the province, especially with poor and working class people who need to receive medical treatment during this time, there should be separate arrangements made for at-risk patients.

The YDA strike is not an isolated event. Nurses and paramedics have also held strikes recently. Similarly, the railway driver’s strike managed to stop trains for more than 24 hours.

There is urgent need of solidarity among different layers of the Pakistani working class. Only with a united fight can we defeat our oppressors. The sporadic strikes at present can become a spark waking the sleeping giant which is the working class. The workers of Pakistan have a marvelous tradition of revolution, including the 1968 riots against Ayub Khan. Workers have only one way out and that is to fight back against their common enemy that is capitalism. Pakistan is on brink of a class consciousness explosion!

The YDA strike is not an isolated event. Nurses, paramedics and railway drivers have also held strikes recently. 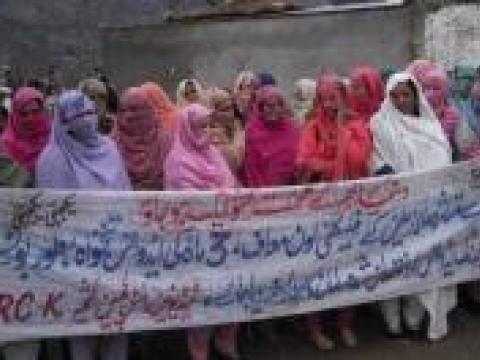 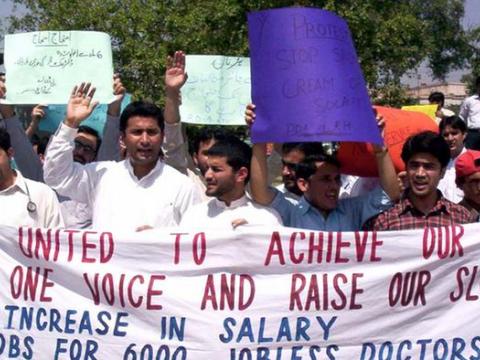 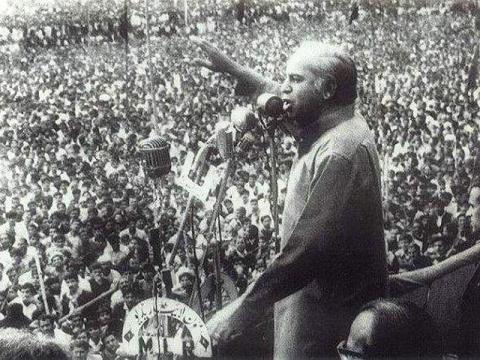