Turkey: The Trade Unions Are An Obstacle To All Workers' Struggles

In our last article we mentioned the strikes that sprang up in many sectors. Workers in the Alpin Socks factory, BBC Turkey and Trendyol have already gained from their strikes; other strikes are still ongoing.

We also hear interesting examples of solidarity in the written and audiovisual interviews of workers. For example, when workers of the Migros grocery warehouse went on strike, the Migros company tried to break the strike by bringing in new workers from neighboring provinces, but the newly arrived workers also started to support the strikers. Worker organizations from many sectors are announcing one by one that they "went on strike with the courage they got from each other".

In such a situation, workers are sometimes attacked by the police. This was the case with the Migros warehouse workers, where more than 150 workers were detained, and 250 were sacked. In this respect, we think the clearest example is Farplas Automotive. Workers at the Farplas factory in Kocaeli-Gebze, where the United Metal Workers’ Union affiliated to DİSK (Confederation of Progressive Trade Unions of Turkey) is organized, went on strike for their union rights. As a result, 150 workers were sacked. Thereupon, the workers on the shift occupied the factory, locking themselves in demanding both their union rights and for their colleagues to be re-instated. As the police prepared for the attack, the workers climbed onto the roof of the factory and announced that they would jump down if they did not get what they wanted. As a result, 200 workers were taken into custody. While this picture shows the swamp into which capitalism has dragged the working class, it was also an indication that the "legal limits" in which the trade union tries to imprison the struggle were not enough to contain the working class. Which shows that in going beyond the “legal” limits of the union at critical moments, workers can create their own methods of struggle.

For example, during the strikes of Migros, Trendyol and Yemek Sepeti workers, there were calls for a boycott of these companies. A boycott has the advantage of giving the workers a tool to make quick gains, but on the other hand, it reduces strikes to a local and legal perspective. Moreover, the majority of people's support for the boycott is shaped by the fact that Migros does not give workers their "rights". Thus, the enemy is reduced to a few capitalist companies that do not grant rights, rather than seeing that the problem is capitalism itself. The trade union’s role as "mediator" between capital and the working class ultimately leads them to "compromise" and enables them to consider the struggle as "the struggle for the rights of the working class against the bourgeoisie". The “struggle for rights” keeps the struggle of the working class within the legal boundaries of the capitalist system, and the legitimacy of the struggle of the working class remains within the framework defined by bourgeois law. Politically, "rights" do not go beyond a few legal and material "gains" that the working class might achieve in the face of the economic and political crisis of the bourgeoisie. This is why the spokesperson of a so-called independent union can say, "we will stay away from unpleasant actions" in the struggles to come, even though the Trendyol workers won a 38.8% raise by fighting.

On the other hand, Nakliyat İş (Transport Workers Union), in which Yemeksepeti couriers are organized, saluted the struggle of the workers and said that the workers would win "under the leadership of Nakliyat İş". The bourgeois left and the trade unions show their Stalinist reflexes in the current actions in Turkey, by substituting themselves for the class and ignoring the real struggle of the workers. The gains achieved by the workers are not through the union methods, or via organizations and political parties of the capitalist and reformist left; they are achieved through the courage, solidarity and unity of the workers themselves. As communists, our duty is to strive to raise the consciousness of the working class to a revolutionary level, to spread the workers' struggles to the widest masses and to fight to establish the international party, which is the working class's own party, not to take the place of the class and leave their struggle in the shade, or to act as a leadership separated from the class.

Why The Worki̇ng Class Should Go Beyond The Uni̇on Struggle?

In this whole worker-union-capitalism triangle, it is not surprising that the workers' first resort to struggle is within the unions; the most accessible area of legal struggle are the unions. In this economic crisis where survival is difficult, the unions’ legal framework is seen as a useful choice for workers who are afraid of being laid off. However, the gains made by the workers through these struggles will not last long given the continuing crisis of capitalism. But, by recognizing the nature of capitalism and its ideological attacks, through tools of mediation (such as capitalist parties, unions, elections), and realizing that they have to carry their struggle to an international dimension, workers will make permanent gains in the struggle for a classless society. This is the reason why we use "criticism", which is the most important tool of Marxism in the struggle:

"As Marx also said, in another context, “if things and their essence were the same then what need for science?”. In other words we have to explain what lies behind the phenomenon we are looking at. A slightly closer look at the union issue reveals an altogether different reality." (Unions - Whose Side Are They On?)

Unions have always historically had the role of "mediator", but in the past this was not always clear for many reasons. Now, there are no obstacles behind which they can hide that their chief role as mediator is to make “compromises” but always in favor of the bosses. The reformists claim that the only problem with the unions is their leaders or that they are bureaucratic, and that therefore the unions are a field of struggle that must be seized by the "revolutionaries", but this has been repeatedly refuted by experience which shows that whoever heads the union behaves in the same way. Therefore, we can only understand the problem by looking at the role and function, not the specific features of unions.

The fact that unions are an agent of mediation between capital and labor is an element that should be evaluated historically. The unions that emerged in the 19th century were created by workers themselves. Until late in the 19th century they were illegal. However, as the contradictions of capitalism mounted, as we moved towards the epoch of imperialism, the state was drawn more and more into the process of trying to hold the system together. As part of this the role of the union as “mediator” to fix the rate of exploitation was gradually recognized as a positive for capitalism. The state not only recognized the unions but gave them legal status. Thus, the unions were also imprisoned within the framework of “legitimacy”. And they rewarded the capitalist states everywhere in World War One by suspending strikes and declaring their support for the war aims of each national capital. And the more the unions since then have pledged their loyalty to the system, as long as it gave the workers a few crumbs here and there, the more bureaucratic they have become, and the less they have represented the real interests of the workers. This critical understanding of what the unions have become should not be understood as an abstract call to "leave the unions". Although we reject any official position in unions (including at the lowest levels) as revolutionaries we are always where the workers are. We can only express the real interests of workers if we remain free of any involvement with the bureaucracy. We support the struggle of the working class in every area but insist this can only happen when the workers themselves create their own forms of struggle in assemblies and elected strike committees. We try to emphasize that the class has to gain its self-confidence and spread its struggle to large masses by overcoming the limited nature of the trade union struggle. The class struggle, which has risen again in the crisis, must avoid the left, which is stuck in the bourgeois ideology that imposes "rights" and reforms on itself. The working class must realize that only a revolutionary international struggle can create a classless society, and that the fate of the planet is in our hands. Capitalism’s mounting crises show that this struggle is more urgent than ever. We have a world to win!

Placards in the photo read: "has DİSK cheated us?", "unions go hand in hand with the municipality in causing workers' misery", etc. 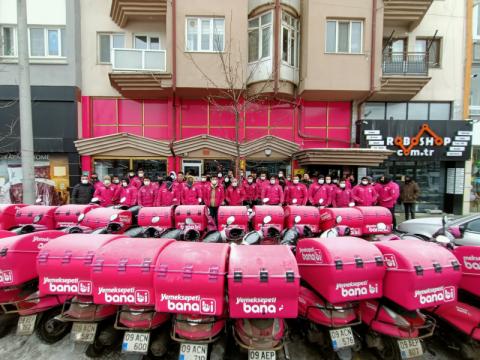 Turkey: Workers are Trying to Find Their Own Voice All Over the World

As in the rest of the world, the deepening crisis of capitalism plus the pandemic continue to affect… 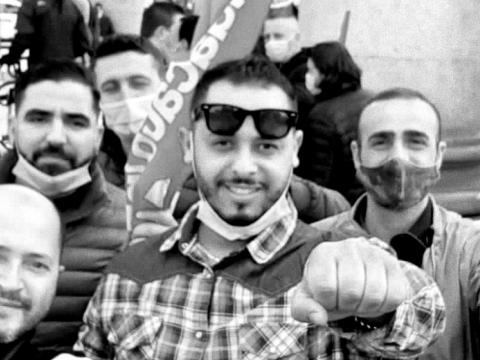 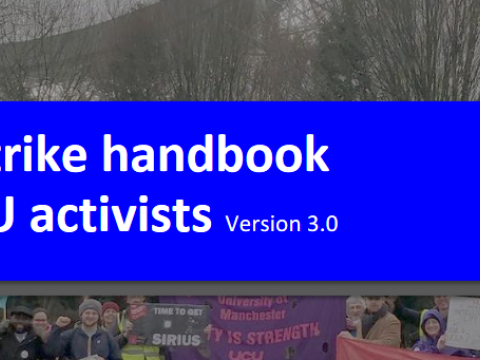 This handbook provides advice which may be useful to branch execs, and other activists and campaign organisers, in organising strike action and…