Richard Dawkins new series and a fact-based drama on child abuse in the home form this weeks viewing highlights.

Also this week the Tower concludes its visual portrayal of rich co-existing with poor, Ann Widdecombe investigates prostitution and the lives of children growing up in the shadow of the Cold War are examined.

Pick of the Week :rb:
Mon 13 Aug - 8 - 9pm - Channel 4 - The Enemies of Reason - 1/2
Having previously critiqued organised religion and religious belief, in this documentary two part series Richard Dawkins turns his attention to new age therapies and beliefs, arguing that society is increasingly ignoring the rational, the observable and the scientifically provable for what he deems as irrational and superstition-based belief systems.

Mon 13 Aug - 10.35 - 11.25pm - BBC1 - The Tower - 8/8
In this final visit to the Pepys estate in south-east London the penthouse apartments are now full and dreams have been fulfilled for some of the new inhabitants but for their less fortunate neighbours life continues to be a struggle.

Wed 15 August - 10 - 10.30pm - ITV1 - Ann Widdecombe Versus - 1/3 - Prostitution
In this first of three episodes in which the outspoken MP attempts to tackle social ills, Ann Widdecombe meets pimps, prostitutes and clients to investigate how the law is currently dealing with the problems caused by the vice trade.

Thu 16 August - 10.30pm - 12.05am - Channel 4 - Forgiven
In this fact-based drama, a middle-class family attempt to face up to the shock of discovering that the seemingly model father has in fact been sexually abusing his ten year old daughter, the eldest of two. When she plucks up the courage to inform her mother, the mother attempts to try in vain to put a stop to the abuse before the authorities are called in. After serving a jailterm and attending a sex offenders clinic, the family allow the father to move in again in the hope he has been rehabilitated.

Thu 16 August - 10.50 - 11.30pm - BBC4 - Time Shift - Cold War Kids
This edition looks at the experiences of children growing up in the Cold War, including an account of life in a Soviet labour camp. 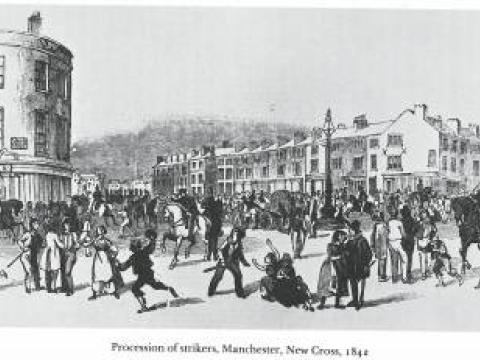 Staff at the English National Opera (ENO) have voted to strike over a pay dispute. Members of the broadcasting union Bectu voted 94% in favour of strike action.