This week's pick is an investigation into the close links between the British government and the brutal warlords of Somalia.

Other highlights are documentaries on the capture of a paedophile operating online, Mary Whitehouse's doomed crusade to strictly censor tv, the consequences of road rage and the class differences between, and sexualisation of, child beauty pageant contestants.

Pick of the Week :rb:
Monday 26 May - 8 - 9pm - Channel 4 - Dispatches: Warlords Next Door?
The vicious fighting in Somalia has been described as the world's worst humanitarian crisis. Yet nonetheless this country's politicians enjoy very close links with the UK. In this edition, reporter Aidan Hartley embarks on the trail of four senior figures in Somalia's government in order to more closely investigate and examine this appalling diplomatic connection.

Monday 26 May - 8.30 - 9pm - BBC1 - Panorama - One Click from Capture
In January of this year, Panorama screened an investigation entitled "One Click from Danger" ; the investigation took the form of a cyber sting operation in which details of fictitious young girls were added to social networking sites in order to ascertain in what ways and to what extent paedophiles were targeting children in this medium. The extent of the enthusiasm with which the paedophiles responded , and their number, astounded the programme makers. This is the story of the subsequent arrest and prosecution of one perpetrator who offered a child money to have sex with him.

Wednesday 28 May - 9 - 10.30pm - BBC2 - Filth: the Mary Whitehouse Story
This drama, based on first-hand documented accounts, tells the story of the eponymous housewife and teacher who, in 1963, embarked on a mission to clean up British tv. The main target of her ire was the man she felt responsible for what she deemed "a tide of filth", namely Sir Hugh Carleton Greene, director-general of the BBC. Carleton Greene, whilst no radical, was nonetheless responsible for commissioning programmes that were groundbreaking at the time, such as the political satire "That Was The Week That Was" and the award-winning "Cathy Come Home."

Thursday 29 May - 9 - 10pm - Channel 4 - Gridlock and Road Rage
This Cutting Edge documentary focuses on the congestion on Britain's roads and the stressful consequences for drivers and road workers alike. The frustrations of commuting and resultant instances of road rage are powerfully captured on camera. Average commuting time has increased from 35 to 65 minutes in the last five years.

Thursday 29 May - 9 - 10pm - BBC4 - Painted Babies Growing Up
In 1995 film-maker Jane Treays made a documentary on the subject of child beauty pageant contestants in the south of the US and in this follow up documentary she revisits her subjects. The original documentary followed two five year olds girls, Brooke and Asia, through the various stages of the pageant process and this acclaimed documentary appalled audiences with its portrayal of the sexualisation of small children at the instigation of their mothers and grandmothers. In this follow-up, Treays interviews the newly adult Brooke and Asia to find that their lives have followed wildly divergent paths. Brooke attends one of America's finest public schools, whilst Asia still has to compete in pageants as her large family is so dependent upon the prize money. Thus, class differences are poignantly illustrated. 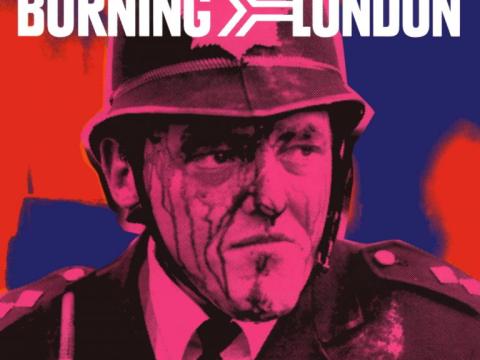 An article on the relationship between punk and Autonomia presented by Keir at the No Future conference, September 2001.
Image 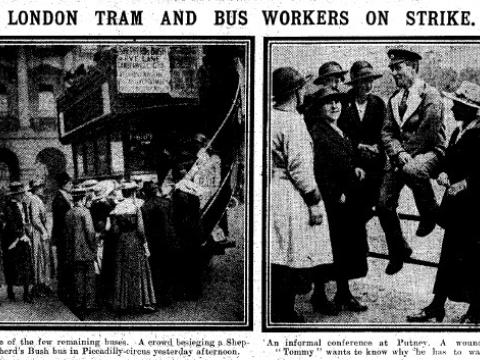 Interesting additional information about the 1918 strike of women workers on London transport.
Image 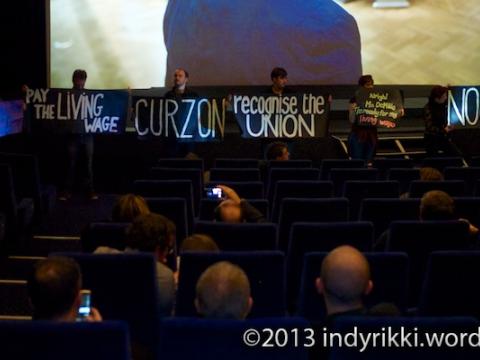 In a time that's seeing strikes at cinemas across London, Curzon has so far not yet been affected. …