Protesters at the Pubugou Dam in 2004.

Violence erupts at Pubugou dam in China’s Sichuan province as authorities try to move people; homeowners threatened to blow themselves up if police move in to demolish homes.

In a last ditch effort to fill the controversial Pubugou dam reservoir in China’s Sichuan province, armed police and firefighters, riot vehicles and excavators were called to the scene in Hanyuan County to force holdout homeowners to evacuate houses slated for demolition.

According to first hand reports, on the evening of April 24, a large number of police arrived and surrounded homes owned by Luo Qihui and two other households. The owners of the houses refused to leave and issued desperate threats they would ignite gas cylinders and blow themselves and their homes up if forced out. Hundreds of villagers gathered to show their support, shouting in protest, insisting that the government should deal with their neighbours justly.

The confrontation between villagers and the police lasted until 6 a.m. the next day, April 25. The houses owned by Luo Qihui and two other households were dismantled. Mr. Luo was detained and charged with "violence against the law." Three other families involved in the stand-off were sent to Liping village for resettlement.

One day earlier, in another incident, Yang Sijiang, a villager from nearby Maiping Village, shut the door of his home when demolition officials and police from a local authority arrived, and then retreated to his roof, carrying a gas tank. Yang Sijiang warned authorities he would ignite the gas if anyone dared touch his house.

According to local villagers, homeowners have had no choice but to respond with drastic measures to the coercive demolition of their life’s belongings by the authorities. Some migrants were also injured after violent clashes with police as a result of these incidents, and several villagers remain hospitalized.

Since the beginning of this year, forced migrants unhappy with the compensation offered for their homes, have refused to move. Nevertheless, the demolition of houses has escalated, leaving hundreds of people displaced.

The Pubugou dam has been the scene of violent public opposition from the get-go. In 2004, a 10,000-strong demonstration against the dam was brought to a halt by the People’s Liberation Army after protesters were fired on. Many protesters were arrested and one executed.

Due to the level of resistance, and in an attempt to fill the Pubugou Reservoir to its normal level of 850 metres above sea level, Hanyuan County authorities in Sichuan Province have resorted to more and more coercive measures in an effort to force those remaining from their homes.

The Pubugou dam is on the Dadu River, a Yangtze tributary. The dam stands 186 meters tall, boasts a storage capacity of 5.39 billion cubic meters and an installed capacity of 3.3 million kilowatts. The dam reservoir’s normal water level of 850 meters above sea level and maximum water depth of 180 metres, marks the Pubugou as the largest hydro dam in a roster of 24 forming a cascade along the Dadu valley. The Pubugou will flood 15 towns or townships, 48 villages, including the county seat of Hanyuan, 50,000 mu (1 mu=1/15 ha) of farmland, and more than 100,000 people from their homes.

The area upstream of the dam that is being flooded is not only good farmland, but also contains numerous Paleolithic cultural sites, known as "Fulin Culture," discovered in the 1960s. Other sites of significant archeological value unearthed in recent years will also be flooded, including Neolithic cultural sites at Maiping Village, Majiashan, among others. Both experts and local people have called on authorities to protect these precious cultural relics.

China is seeing more and more in the way of desperate standoffs between citizens and authorities, as public and private developers—using corrupt means, and the absence of property rights and the rule of law—eject people from their homes. According to a 2008 report in the Chinese news weekly magazine Outlook Weekly, social mass incidents, such as the standoff at Pubugou, have risen from 8,700 in 1993, to 87,000 in 2005, to more than 90,000 in 2006. “And the number keeps climbing," says the magazine.

The filling of the Pubugou dam reservoir began in 2009 and reached 790 metres above sea level by the end of last year, powering two generating units. Authorities planned to fill the reservoir to its normal water level of 850 meters and put all of its generating units into operation this year.

This article is a report from Probe International. For more information on this struggle, click here. 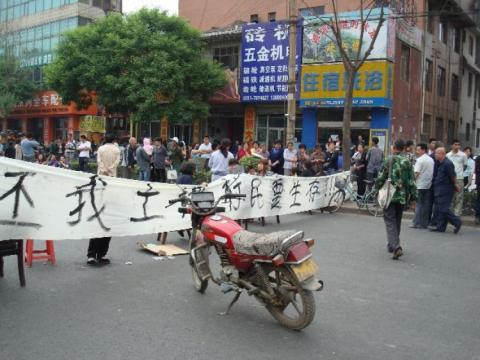 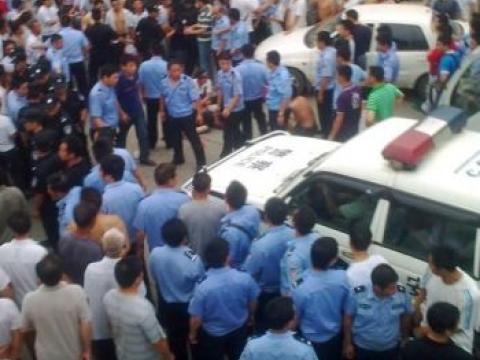