“Do not go gentle in that good night… Rage, rage against the dying of the light”
Dylan Thomas

But the demand is also faceless, generic, universal in the most concrete of senses. For the face is enmeshed in the numbers, the obnoxious body count, without being reduced to a statistic; a universal figure emerges, the figure of the oppressed, the downtrodden, the subaltern, the underside of every state’s and every empire’s narrative of law and order. In the United States the story is age old and known. Strange fruits once hanging in the trees, segregated in the South, marginalized in urban ghettos, turned into an underclass and left to kill each other or drug themselves to death. But also black bodies reverberating with dignity, bodies that have never stopped resisting, mobilizing, fighting, screaming out loud that their lives matter; bodies that have refused to be objects of law and have become subjects of justice. America likes to remember the civil rights movement, but it has been forced to recall also its long hot summers, in our age of new movements and new riots.

Decades of affirmative action, of well-meaning or not so well-meaning reforms, attempts to integrate. Things have improved, they say. Yet, things also remain the same; the streets continue to fill with blood and dead bodies and then with rage, again and again, and again. It does not take a political scientist to see that the violence the black population suffer is systemic and institutionalized or that their marginalization and exclusion is embedded to the operations of the capitalist system. Class and race merging to create bodies that can be killed; but also bodies that revolt. Conservatives will call them criminals; liberals will call them misguided; a few leftists will feel they are justified but will still prefer to sing vacuous praises about the “force of non-violence” or make a virtue out of victimhood. But for the downtrodden of history, riot and fire has always been one of their ways of enacting justice, of becoming justice. It may be neither solution nor revolution. But by making nights brighter it lights the path towards a different future.

It is not our job or to our taste passing judgments from up high on bodies that fight for their lives. Nor are the images of riots foreign or exotic to us; bodies are also exploited and marginalized all over the world; bodies encamped, criminalized, but also killed.

I CAN NOT BREATHE-

Now all of us we shout

WE CAN NOT BREATHE

The revolt in Minneapolis does not have “our sympathy”, it inspires us.

Solidarity to the Minneapolis uprising against police violence and institutionalized racism! 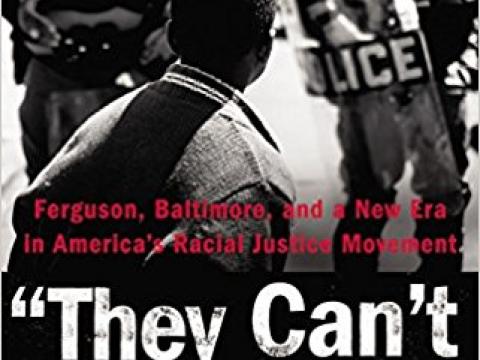 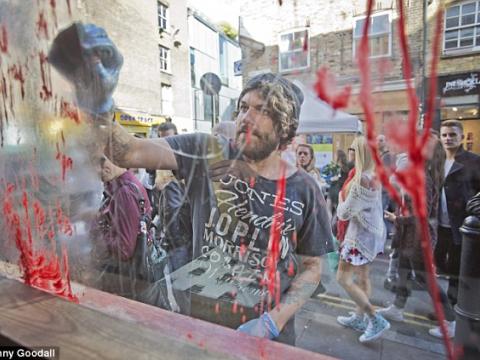 Smashed Up: Young service workers on the sanctity of small business

A 2015 article from service workers in Oakland, discussing riots and the myths around small…
Image 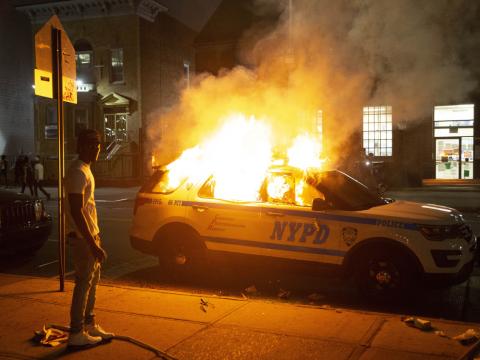 The Only Way Out Is Always Through the Police: A History of the Rise and Fall of the 2020 New York Riots 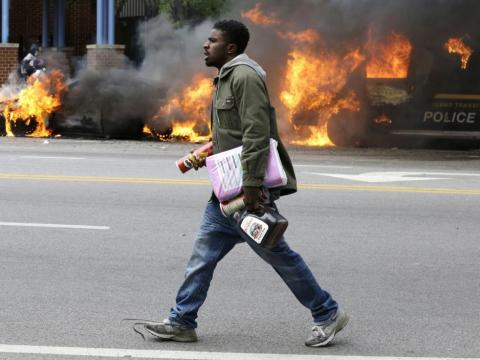