West Virginia teachers who had taken the initiative to force their union into a strike demanding that the state pay their health insurance found out via a robocall last week that "their" union had accepted a promise of a 5% pay offer (which they did not demand) but with no settlement of their grievance.

The action by teachers and other public school staff who went on strike last week has been called off by the teachers unions via a robocall and a promise of a 5% pay increase. The unions, failed first attempt to get the public school employees to go back to work required that they come out with another offer from their backroom negotiations with the state government. The start of another strike by Frontier Telecom workers in the Communications Workers of America provided some extra impetus for the state of West Virginia to come across with a second bad deal quickly. Thus it was that the strike was ended with a robocall so that no-one could ask any questions.

The strike did not start with the unions but was initiated by the public school employees themselves and the unions were keen to nip this in the bud. However without the presence of an organization representing all the workers that serves as a pole independent of the unions, the eventual suffocation of the struggle at the hands of the unions and the capitalists is inevitable. Perhaps it was a slightly better outcome for the strike than what happened with Nova Scotia teachers. After they had mandated strike action the heads of the provincial union moved quickly and immediately capitulated so the strike was never called.

For West Virginia strikers even getting this increase is no certainty. There was no contract bargained, only a promise. The central grievance, that the state fully fund their health insurance, remains unanswered. School employees pay hundreds of dollars a month for insurance. The cost is constantly increasing and thus produces a regular series of steady cuts in take home pay. What many leftists, taking their cue from the dominant ideas put forward in the capitalist press, believe is that this is something resembling a victory when it is more like a temporary pause than a real gain. Still, now that the teachers have gone out on their own once, they could walk out again. Employees of school districts across the country could be motivated by this strike to take action themselves.

The state, in that vindictive spirit typical of capitalists, intends to make sure the pay increase is provided for by cuts to the Medicaid and other state programs for the poor. The operative idea for the capitalist political class is to smear the teachers as being greedy and to detract from the widespread public support that they were getting. Further, the deal agreed to by the teachers unions could well be used to initiate a round of teacher layoffs, school closings and privatizations.

The entire perspective of the union apparatus is clearly summed up in the defense statement in the Supreme Court case Janus VS AFSCME. David Frederick, representing AFSCME Council 31 1 in Illinois, argued that: “The key thing that has been bargained for in this contract for agency fees is a limitation on striking. And that is true in many collective bargaining agreements. The fees are the trade off. Union security is the trade off for no strikes. And so if you were to overrule Abood, you can raise an untold specter of labor unrest throughout the country.” 2

In short, the unions say give us a cut and we'll keep the peace. There is a stark contrast between the ability to organize a walkout of that size and on the other hand issue instructions to go back to work with a promise and a robocall. This illustrates both the strengths and limitations of the level of consciousness in these struggles. If workers can get themselves out on strike, they certainly have the capacity to form a workers assembly or strike committee independently of the unions and feuding clans of the bourgeoisie. The "untold specter of labor unrest" is still a fear for the bourgeoisie or they wouldn't have made an offer at all. The unions’ failure to prevent the constant erosion of wages, working conditions and overall living standards can only encourage workers to organise more on their own account.

The "untold specter of labor unrest" is still a fear for the bourgeoisie or they wouldn't have made an offer at all. The unions’ failure to prevent the constant erosion of wages, working conditions and overall living standards can only encourage workers to organise more on their own account 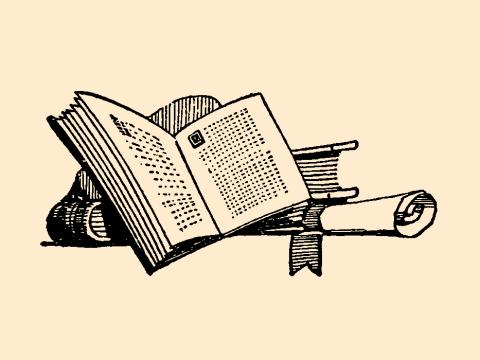 Reopen or Close Schools: A Lose-Lose Situation for the Working Class 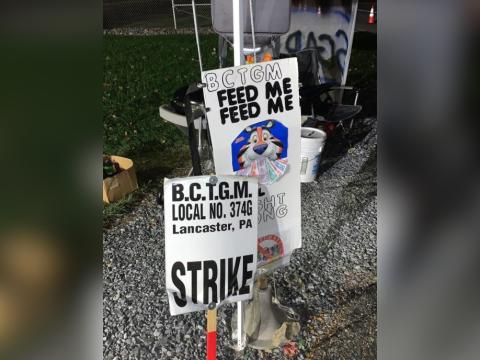 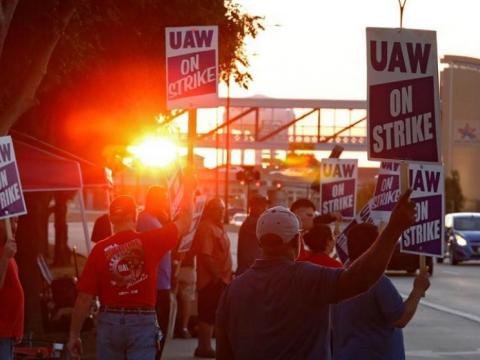 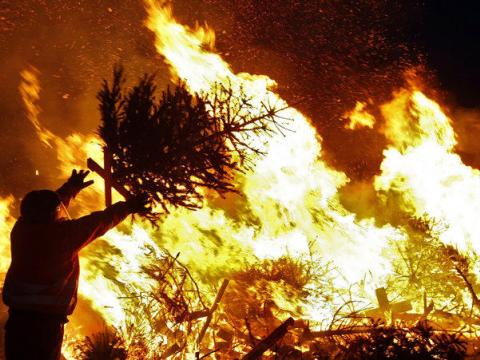 Happy Holidays from the Capitalists: Economic Misery and Disease in our Stockings

It is hard not to feel depressed. At what is supposed to be a time of the year when families and…