When the Earth is colonised by capital, what use is the cosmos? - Kino Fist

Short piece on the limitations and potential dangers of the militarisation of space.

Whilst Stephen Hawking's announcement that colonization on other planets is imperative to ensure the continuation of the human race is not quite as unusual as the media have been making out - 'it's like science fiction!' - the reception of Hawking's claims reveals at least two things: One, the death of the cosmic imaginary and two, the science fictionalisation of capital and the military-industrial complex itself. Despite the fact that the first man-made object to orbit the Earth (the USSR’s Sputnik 1 on October 5, 1957) was launched less than fifty years ago and even though the capacity to extend our exploration further is technically better than ever, the socio-political horizon of the possibilities of space exploration have been almost completely destroyed, replaced by the Terrestrial (dis)comforts of self-colonising Kapital and a world turned inwards (outdated satellites endlessly beaming back nought but our own chatter and image a case in point).

Whilst both the USSR and US space programmes were also basically projects of geo-political belligerence, from the post-war US employment of Nazi rocket scientists via (the still mostly classified) Operation Paperclip, there was always the possibility that the human space exploration could transcend the bellicose and nationalistic projects they were inevitably captured by - here we must defend the sheer anti-economic and non-militaristic pointlessness of certain endeavours - a kind of expansive space humanism - the probes sent to Mars, Venus by the Soviets in the 1960s, the successful living in space for a year on the first permanently manned space station, Mir, and so on.

Gagarin's famous 1961 space flight demonstrated not only the superiority of the Soviet space program but also that manned space flights were achievable without the sacrifice of human life. It was the US who declared the 'Space Race' in 1957 - a cosmic parallel to the 'arms race' on Earth - a cold war for the 'hearts and minds’'of a splintered post-war public.

Today, however, we are left with nothing but the desire for the militarisation of space: The Project for the New American Century repeatedly stresses the necessity of a US controlled space: the desperate wish to 'control the new "international commons" of space and "cyberspace," and pave the way for the creation of a new military service - U.S. Space Forces - with the mission of space control.' They note, in fact, that space has been militarised for decades, as if this was justification in itself for turning everything beyond Earth into a potential battleground - weather, communications, navigation, reconnaissance satellites 'are increasingly essential elements in American military power' they write, looking forward with doomed hypothetical glee to 'the application of force both in space and from space'.

Part of the original impetus behind the search for extra-terrestrial intelligence was a keen awareness of the implications of Fermi’s 'Where are They?' argument. His point was that if intelligent life was common in the universe, then the Earth would have been colonized by aliens by now: 'if they existed, they would be here.' Part of his argument is the relative youth of the Earth and the idea that if life were common, there would be many other civilizations in the universe, most likely more advanced than us. One of the possible conclusions of Fermi's hypothesis is the depressing thought that civilisations might only have limited life-spans - such that by the time they achieve technological capacity for space exploration they'd probably have used the same scientific advances to destroy themselves - Brown's recent backing for Trident, costing 25 billion, is a sorry omen in this sense.

The question of cost is a critical one, though - one of the major objections to space exploration is of course its massive expense, reflected in certain tracks from the 60s and 70s: Gil Scott Heron's 'Whitey on the Moon' (The man jus upped my rent last night/cause Whitey's on the moon) to Phil Ochs' 'Spaceman' (Way high, so high/Spaceship made of steel/Spaceman, look down: Tell me what you feel/Can you feel the money gone/As you sail through space?/Can you feel how many die/When you win the race?). However, as a proportion of Government spending on space exploration is nearly always under 0.5%, nothing compared to the war, incompetence, etc.

Tatu's more recent post-Soviet 'Cosmos' proffers a different model, and one that fits with the desires and dreams of a new Red Space: 'Our home forever is outer space/Black stars and endless seas, outer space/You hold your destinies, outer space/Forever we’ll be in/Outer Space, outer space.' To the beyond...and beyond!

thanks for posting this flaneur, communism can always do with more space travel 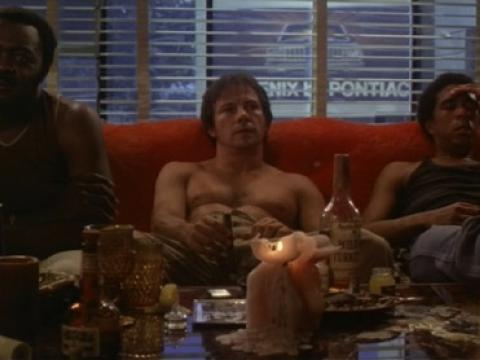