Why we should make the black bloc our leaders

DSG aimed to publish posts and propaganda from various sources as provocation and stimulation. The following text was produced in a hurry without the most basic of sub-editors checks. It is credited to “Guest”.

We are all agreed that without strong, democratically-accountable leadership, our movement against the cuts will shrivel up like an unprotected scrotum in the wintertime. But it is springtime. Springtime for us – and for our enemies. If there is anything to be learnt from the last workers’ struggle, May 1968, it is that when movements have leaders who express a preference for the chintzy improvisation of jazz over the real and scientifically determinable sounds of colliery bands, they will fail. In light of this damning empirical truth, it’s time The Left made the case for leadership in the anti-cuts movement.

1. Why the Black Bloc matters – and why the Left should listen

Faced with the biggest threats to the welfare state since its creation by the Labour government of 1947, from a no-mandate government of millionaires and hucksters, it is clear that a strong movement is necessary to preserve the lux conditions of the British working-class. What is also clear, as we have seen from the failed student riots of late 2010, is that without strong, democratically-accountable leadership, movements tend to fizzle out through lack of organic enthusiasm. We met one student on the 9th December, Alex, who told us “without strong, democratically-accountable leadership, I will tire of demonstrating and lobbying, and will return to my more-or-less enjoyable life of consumption, mediation and internet-music-downloads. Brap!”.

What is clear, then, is that we need strong, democratically-accountable leadership. But who can offer such leadership? As countless jazz musicians showed us in the 1970s, without a strong will2power, even the most beautiful music becomes suicide. So we must institute leaders for the anti-cuts movement, or it will fail. It is that simple.

2. Rubbishing Some Straw Men Arguments as to Why They Shouldn’t Be Our Leaders

History has shown that movements without leaders are like scrotae without pupae-spheres: a cleft palate. Many Lenins have aborted cleft-palate-jazz-infected foetuses, and so must we, if we are to be midwives to British democratic socialism.

The case for the Bloc Leadership is simple. Most working-class people are too busy to have opinions or engage in political action. There’s a genuine need for someone to dedicate their time and energies to adequately represent the anger of working class people. The idea that someone with a job and kids can really understand the complex needs of the working class strikes us as farcical– that’s why we support the bloc. Instead, we what really need is professional, full-time advocates for our interests. It’s only logical that the Black Bloc, understanding better the decision making processes of power, represent organised resistance on your behalf.

A YouGov poll recently determined that between 3% of normal people supported “the violent death of windows brought about by movements of anger”[1], yet more than 70% would support the very same movements of anger when properly mediated through the prism of strong, democratically-accountable leadership. [2]

Imagine a working-class man– for the sake of argument, let’s call him “Jimmy Scargill”. Jimmy doesn’t actually exist, but a 2-D stereotype of working-class opinion is important for my argument. I spoke to him in his spit-and-sawdust pub, and asked him his opinion on the Black Bloc and violence on the March 26h demo.

“They seem like a cracking idea to me. Anyone who thinks political change in the country is based on a fair and equal representation of citizens is living in cloud-cuckoo land. Faced with the structural violence we face daily under capitalism, the symbolic violence of the black bloc seems almost tame. I can’t honestly say I give a shit about a Porsche showroom in Mayfair when my wife is losing her job as an NHS nurse, my son’s sure-start scheme is being scrapped and my niece’s and nephews are being priced out of education. Anyone who says targeting the Ritz is mindless violence obviously has an ulterior agenda- it’s pretty clear to me what was going through those kids heads, and I can’t blame them.

If black bloc were a party, I’d vote for them, in both regional and national elections. I’d also seriously consider their advice in the upcoming referendum on electoral reform, about which I am tremendously excited”.
So now we know what normal people think, I think you’ll find it hard to argue with THAT.

There’s also the historic link between vandalism and the working-class. From the Rebecca Riots to the Luddites, from the General Strike to Brixton, the strong tradition of working-class SMASH-SMASH is a real legacy that we reject at our peril. To throw away centuries of tradition just because “it doesn’t really work” would be tragic. The point is, in 1945 it sort of worked, so why can’t it now? All we need is for everyone to believe.

There was a general feeling on the bloc of derision towards the sheeple on the TUC march. In many ways, that’s why the bloc took the action- to show their contempt for anyone who does anything else. The intention was to represent them on their behalf, to act as a vanguard for their interests. Trade unionists should understand that whilst it might look counter-productive to their interests directly, sometimes we must take small steps towards a better quality of life. Even if those steps are backwards.

I think one thing we can all agree on is that this really is an important issue. Getting this right should be a priority for the left– there’s nothing more the right would like more than for the Black Bloc to slip off the front-pages. Ensuring we have a united position is more important at this stage. What does solidarity mean if not getting in line behind strong leadership- even if that leadership isn’t massively sure what it’s principles are? It is for this reason that, at this point in the struggle, we should heed the call of the bloc and make them our leaders.

DSG's article on the April 2011 raids of anti-austerity activists in the UK. 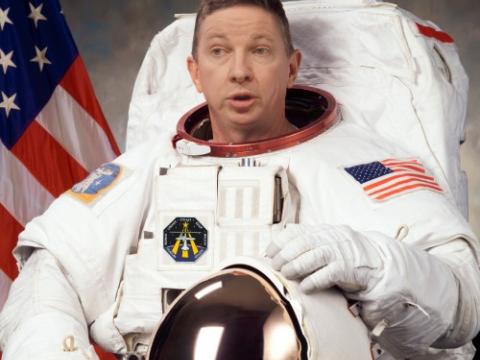 From the DSG think-tank: a short series of speculative projections for new territories of struggle and focuses for future ideological ruptures.

“FREE STANDING COLUMN” - This A5, double-sided photocopy from the student protest on November 30th 2010 was the first thing produced by the group that was later to become Deterritorial Support Group. Some of the strands of ultra-left rhetoric are clear but it has a much more tabloid tone. The drop-shadows remained. The term “Wolf-Eyed replicant” to describe Nick Clegg may have been coined by China Mieville.