Note: This article was originally published in Red and Black Notes.

Working for Wages: The Roots of Insurgency

"At this time, as for a very long time now, the class struggle consisted in more or less short- lived and scattered actions. Now and then sudden outbreaks of resistance, tough but quickly broken by order of the union bigshots, made it possible to think that the other forms of struggle could appear - then everything would collapse back again into apathy.

"The chiefs and chieflings of the parties and the trade unions loudly deplored this apathy, without permitting anyone to inquire in public whether this apathy was not itself at once the basis of their position as bureaucrats and the consequences of their dirty work - legal , patriotic, electoral, and so forth. And then there were the little political groups, the groupuscules, preaching in the desert conceptions a half-century old and more."

This description of the class struggle in France, written by a small now-defunct organisation neatly describes the apparent state of class struggle outside of periods of open resistance. To an untrained eye the picture appears to be of idyllic class peace, and then apparently from nowhere near insurrectionary movements can appear. It is often wrongly supposed by academic Marxists and sociologists that class is a ‘thing.' A tidy formula according to which income and education allow the user of this formula to sort individuals into neat little packages. But ‘class', whatever else it might be, is not a thing, it is a social relationship, and because humanity makes for an inexact science, class is a leaky package. According to some, these ‘leaks' prove class does not exist.

Martin Glaberman and Seymour Faber have spent many years of their lives involved in activities based around the premise that class does exist, and at the heart of the working class there is the creative potential to create a new world. In their book Working for Wages Glaberman and Faber begin with this proposition and, following the book's subtitle - the roots of the insurgency - map the origins of and power of the working class' resistance to capitalism

In the preface to the book, the authors explain that their intention is to fill a vacuum: to probe the source of why working people rebel against work and what the possible outcome of their struggles might be. Written in simple and straightforward language Working for Wages serves as a very readable introduction to the ideas that Glaberman has helped to expound for over half a century; first, as part of the Johnson-Forest Tendency and later its successor organisations including Bewick Publishing, and through such pamphlets as "Punching Out" and "Be His Payment High or Low."

Many people who argue against Marx's theories of class struggle ask why do the workers appear to accept capitalism? Why are they not in permanent revolt against this system? The question is a good one, but it reveals more about the people who ask the question than those who answer it . Let's put it this way.

Marx wrote in The Manifesto of the Communist Party that under capitalism the worker is "compelled to face with sober senses, his real condition of life, and his relations with his kind." What seems like acceptance is often shrewd awareness of the possibilities and limits of struggle at a given time. Glaberman once told me a story which sheds some light on this matter. In the 1940's unions came to try to organise a small light manufacturing plant in Detroit. On a number of occasions organising drives were launched, but after the votes were held, the drives were defeated. According to most sociological and traditional leftist readings, the workers were ‘backward.' Yet another interpretation is possible. The workers knew the union and the advantages it would bring to them; however, the workers also knew the drawbacks. The union meant slightly better wages, benefits and job security. The union also meant the speed-up. Perhaps because they were women workers whose reliance on their husbands' larger paycheque afforded them a greater measure of freedom, they chose to maintain a measure of control over their workplace over a larger paycheque. Backwardness or class consciousness?

The point is, as Glaberman and Faber document through a wealth of anecdotal evidence, although work is a facet of every worker's existence, there is also the constant struggle on the job to assert a measure of control and to resist the employers' agenda This resistance takes many forms: absenteeism, sabotage, strikes, wildcats and in exceptional cases the establishment of workers councils. Viewed in this way, it is not workers who cause strikes; rather it is the bosses' inhumanity and the workers' desire to humanise their surroundings that make for industrial conflict. While the authors are careful not to exaggerate every strike, every disruption of production, as the potential crises that could overthrow capitalism, they are also aware that these conflicts are part of the same chain.

The point Marx made over and over again is that the working class is revolutionary or it is nothing. On the face of it, this assertion is empirically hard to accept. Worldwide the labour and socialist movements appear to have been in retreat for several decades. In the United States defeated, and betrayed struggles serve as a litany of indictments of the failures of the official leaders of the working class: PATCO, P-9, Greyhound, Staley, Caterpillar, Detroit, the list goes on and on. Yet it is a mistake to see the workers movement as merely that section of the working class organised within the trade unions or worse still the union leadership. In chapters entitled "The war on the job" and " Work As Play or Making Work Human" Glaberman and Faber demonstrate the class struggle is an ongoing and never ending struggle within the world of work. As Marx put it the oppressor and the oppressed, stand "in constant opposition to one another, [carrying] on an uninterrupted, now hidden, now open fight..." As in Marx's time, now today. Despite the seeming route of the traditional working class organisations, the class struggle continues unabated.

Another common objection is the predominance of racist and sexist ideas, the whole-scale belief in religion, and other socially conservative ideas that seem to belie any possible revolutionary role for the working class. The authors however point out that the if one were to examine the attitudes of the Russian working class in 1917, one would find religious obscurantism, sexism, anti- Semitism, illiteracy and countless other ‘backward' ideas. Was the abandonment of these reactionary attitudes a prerequisite to revolutionary action? Of course not.

This latter objection that it is the ideas in the head of the working class rather than its social being, leads many on the ‘left' to argue that without the intervention of a vanguard party to issue orders to the class and direct the revolution, there can be no revolution. The authors quite correctly point to significant movements of the class in the twentieth century that disprove the traditional leftist interpretations. In Hungary in 1956, a massive demonstration organised by dissident students and intellectuals created a momentum which overthrew the state and set up workers councils across the country. The leftist who whines the reasons for the defeat of the revolution was the absence of the vanguard party and not the massive counter revolutionary efforts of the second most powerful nation on earth cannot be taken seriously. The events in France in the spring of 1968 were not sparked by economic crises or the party paper, but by unhappiness among students, because of, among other things a prohibition on female students visiting male dorm rooms at the university. In what seemed like the blink of an eye, ten million workers were on the streets. While neither of these titanic struggles were ultimately successful, the creative potentialities of working people were amply demonstrated. The key point that Glaberman and Faber return to again and again is a portrait of the worker as a living, breathing human being rather than the idealised proletarian of leftist mythology.

It is perhaps a poor critic who complains about things which are not in a book rather than things which are, but perhaps the weaknesses of the book are in what has been left out. The authors state that their book is intended to fill a gap with "a study insurgencies" and the book is clearly intended to have a timeless quality about it. Nevertheless, it is striking that much of the anecdotal evidence on workers strikes and workplace struggles date from the 1970's and seem to end in the early 1980's. While I am not of the opinion that the last twenty years of history has meant the end of history or of class struggle, it would have been useful to look at the way that class struggle has changed or been re-channelled in light of the capitalist assault on working people under the Reagan, Bush and Clinton presidencies.

A second point is the question of globalisation. In the 1960's and 70's Detroit was the centre of a radical workers movement that led every would be Marxist-Leninist vanguard scurrying to set up branches there. Thirty years later and Motor City has fallen on hard times. Vast numbers of jobs have been exported to different sectors of the globe. While globalisation is often presented as a vast unstoppable juggernaut, something which in my opinion in a tremendous exaggeration which often exposes just how vulnerable capital is, occupying a seventy year old factory when production is about to be shifted thousands of miles away is a good question for working people. Of course, this might sound like faulting someone in 1932 for writing about the state of the working class and then criticising them for not predicting the sit-down strike. One of these tactics may now include the use of new technological communication. A few years ago when I was living in Calgary, I participated n a solidarity tour with members of the Women of the Waterfront group, women whose husbands were striking Liverpool dockers ironically resisting globalisation and casualisation of their industry. Even though the strike was ultimately lost, the solidarity efforts which organised hot-cargoing and solidarity action across the globe were largely organised through email and Internet communications.

But these small quibbles and certainly not reason to prevent someone from buying the book. The biggest complaint about this book however, is the price. For some mysterious reason the publisher has listed this under- 200 page book for $26.95 (over $40 Canadian), making it a luxury item for many. This atrocity can be partially overcome by ordering the book directly from Bewick Editions (POB 14140, Detroit, MI, 48214, USA) for $20 including postage.

This article, minus the quote from ICO and Marx originally appeared in Z , September 2000. This version is the original 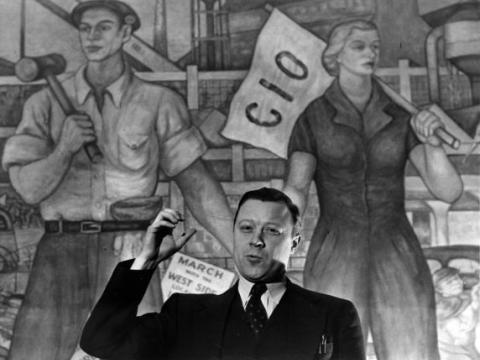 Martin Glaberman's review of 'The Most Dangerous Man in Detroit: Walter Reuther and the Fate of American Labor'. 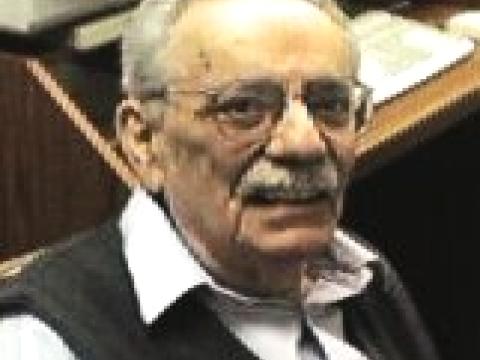 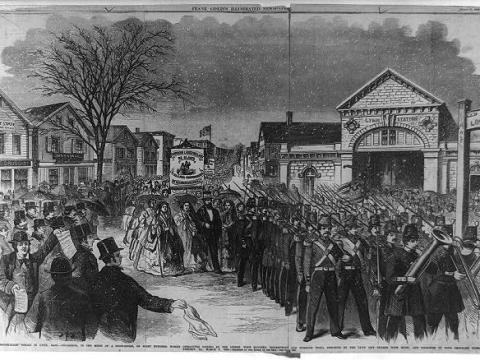 Howard Zinn's history of the strike of 20,000 US shoe manufacturing workers - men and women - in New England. Lasting several weeks, the strike…