Written: in the first half of 1844;
First published: in full in Marx/Engels, Gesamtausgabe, Erste Abteilung, Band 3, Berlin, 1932;
First English Translation: by Clemens Dutt for the Collected Works.
Marx used a translation of Mill’s book, by J. T. Parisot, Paris, 1823.

Marx kept a wide variety of notebooks throughout his life. He often used them to aid in his study of other authors. A common practice was to transcribe long sections from a particular book, and then comment on those sections at some length.

During his time in Paris, Marx kept nine notebooks – largely dedicated to his growing interest in economics. They date from the end of 1843 to January 1845.

The exception to this is the material addressing James Mill's book, Elements of Political Economy (London, 1821). Marx used an 1823 French translation of Mill's book. The Mill part of the Paris Notebooks is quite lengthy – it starts on page 25 of the fourth notebook and continues into the fifth.

Following a lengthy selection of Mill excerpts, Marx suddenly “veered off” and began developing a larger, tangential thought. After writing his thoughts out, Marx returned to more Mill transcription. Soon, a second digression followed. Upon its completion, Marx finished up his summarizing. (Only the middle three parts of this Mill section of the Paris Notebooks are presented below – in other words, most of the opening and all of closing Mill transcriptions are omitted).

This document is very close in nature to the Economic and Philosophic Manuscripts. Some have suggested that the ideas contained herein might be a glimpse into the missing bulk of the EPM second manuscript. 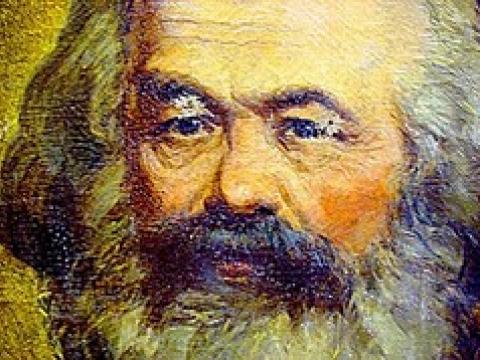 Part of the series of biographies of Karl Marx. Libertarian Marxist Felton C. Shortall's detailed analysis of the revolutionary ideas of Karl…