We all face the same problem of getting from the kind of society we have to the kind of society we want. I had hoped that Murray would try to answer some of the questions I raised about his approach to this problem. Instead, he seems to have applied the principle that the best defense is a good offense. He makes little attempt to answer the criticisms of his book, and instead attacks the presumed positions of the reviewer, of his presumed tradition, or even of the "Marxist sects" to which he is presumed to belong. This may be a good debating tactic, but I wish Murray's reply did more to clarify the issues I tried to raise.

Murray states that the "real issue between Jeremy and myself" is whether Marxism is sufficient, or whether it must be transcended, and "for the rest, my dispute with Jeremy's review boils down to a host of logistical and administrative problems." Murray thus neatly ignores all the concrete problems of social organization (not "administration") which were the core of my critique. His unwillingness to deal with these issues is indicated by his constant use of such phrases as "I will not get into this kind of nonsense," [etc.]. This is how to duck questions instead of answering them.

I am sorry Murray feels I have distorted his position; I took considerable pains to present it accurately. I agree with him that readers should look at his book and judge themselves whether I have done so. The only two specific distortions he charges me with hardly support the charge, however:

1. Murray says I distort his position by portraying him as a believer in independent communities, whereas he specifically argues for regional integration. But this is exactly the contradiction I was trying to bring out in my review. On the one hand, Murray opposes all but "face-to-face" groups as "mediated." (This is the basis of his critique of workers' councils.) On the other hand, he says he does not believe in autarchic communities, but in regional integration. Whenever he feels accused of believing in one side of this contradiction, he points to his statements in favor of the other. But by his own definition the two are mutually exclusive: you cannot have large-scale cooperation without "mediated" relations. I had hoped Murray would clear up this central ambiguity of his approach in replying to my review; I still hope he will do so elsewhere.

2. Murray says I make him appear to advocate a society in which a fully automatic technology would turn out all needed products and people would simply collect them. Murray points out that in fact he considers such a state of affairs something to be avoided. Readers of my review will recall, however, that I never said he advocated such a thing; indeed, that was not even the issue. The issue was his belief that this is one of the social options made possible by the development of technology. If Murray doesn't believe it is possible, why does he make such a point of warning against it? This is what Murray calls carrying the art of "selective quotation" to the point that it verges on "lying in one's teeth."

I made what I thought were some rather commonsense criticisms of Murray's expectations for technology. I thought in his reply he might try to correct me, drawing on his considerable knowledge. Instead he promises still further marvels: "The amount of material I have amassed on ecotechnologies alone … would boggle Jeremy's rather limited imagination." I am ready to have my imagination boggled, but I hope the new marvels are somewhat more convincing than the last batch.

Murray seems to make a basic change in his approach when he states that he doesn't believe that the "middle classes" are "more oppressed than the workers." In Post-Scarcity Anarchism, in contrast, he states that capitalism "tends to degrade them more abjectly than any other stratum in society." I hope he will clarify his view, and whether he has changed it, at some future point.

As for the matter of "Geist," the question is not whether one believes in it, but where it comes from. Pannekoek's conception of the "spiritual" transformation of the working class is rooted very explicitly in the social relations of workers to each other and to capital. (Indeed, I am surprised to see Murray's advice to learn from Pannekoek on this point, since I have always considered him if anything too mechanical in his view of how economic conditions produce working class "Geist.") It is just the lack of this kind of grounding in the actual conditions of life that I argued Murray's theory lacks. Instead of trying to deal with this criticism, however, Murray simply calls the criticism "Marxist" and therefore bad.

Throughout Murray's piece I had the odd sensation that he was really attacking someone else, not me. I am not now, nor have I ever been, an orthodox, neo-, Lukacian, or Gramscian Marxist. Far from having stood aloof from the radical movement and culture of the 1960s in some presumed Marxist scorn, I have been an active participant in most of its phases; it constituted my basic political experience. But just as Murray thinks we must "transcend" Marxism in the sense of incorporating the best of it and going further (a thought with which I wholeheartedly agree), so I think we have to transcend that movement in just the same way. My review was in part an attempt to start that process. I do not describe Murray as a crypto-naturalist or charge him with advocating an uprising on the Lower East Side; on the contrary I indicated that he differentiates himself from the anti-technologists, and specifically praised him for recognizing that no revolution is possible in the U.S. without the participation of the working class. Far from denying that people change themselves and their relationships as they change their society -- I assume this is what Murray means by the "new self" -- I wrote a book recently with this as the central theme. Far from believing that there has been little change in worker's consciousness since the 1860s, I am currently working on a book whose aim is to show how worker's attitudes are changing and why. The only function I can see for the charicature Murray has drawn of me is to reinforce his contention that my questions need not be taken seriously. Such ad hominem argument is again good debating tactics, but not too helpful in getting out of this sink we live in into some kind of decent society. 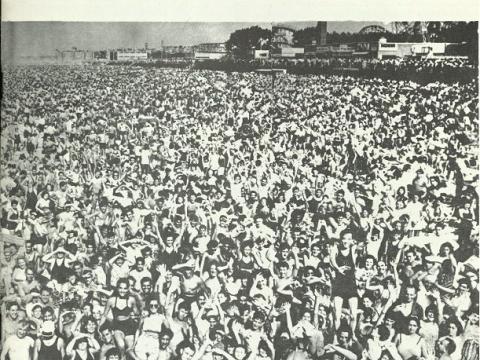 Introduction to Root & Branch: The Rise of the Workers' Movements (1975) - Jeremy Brecher